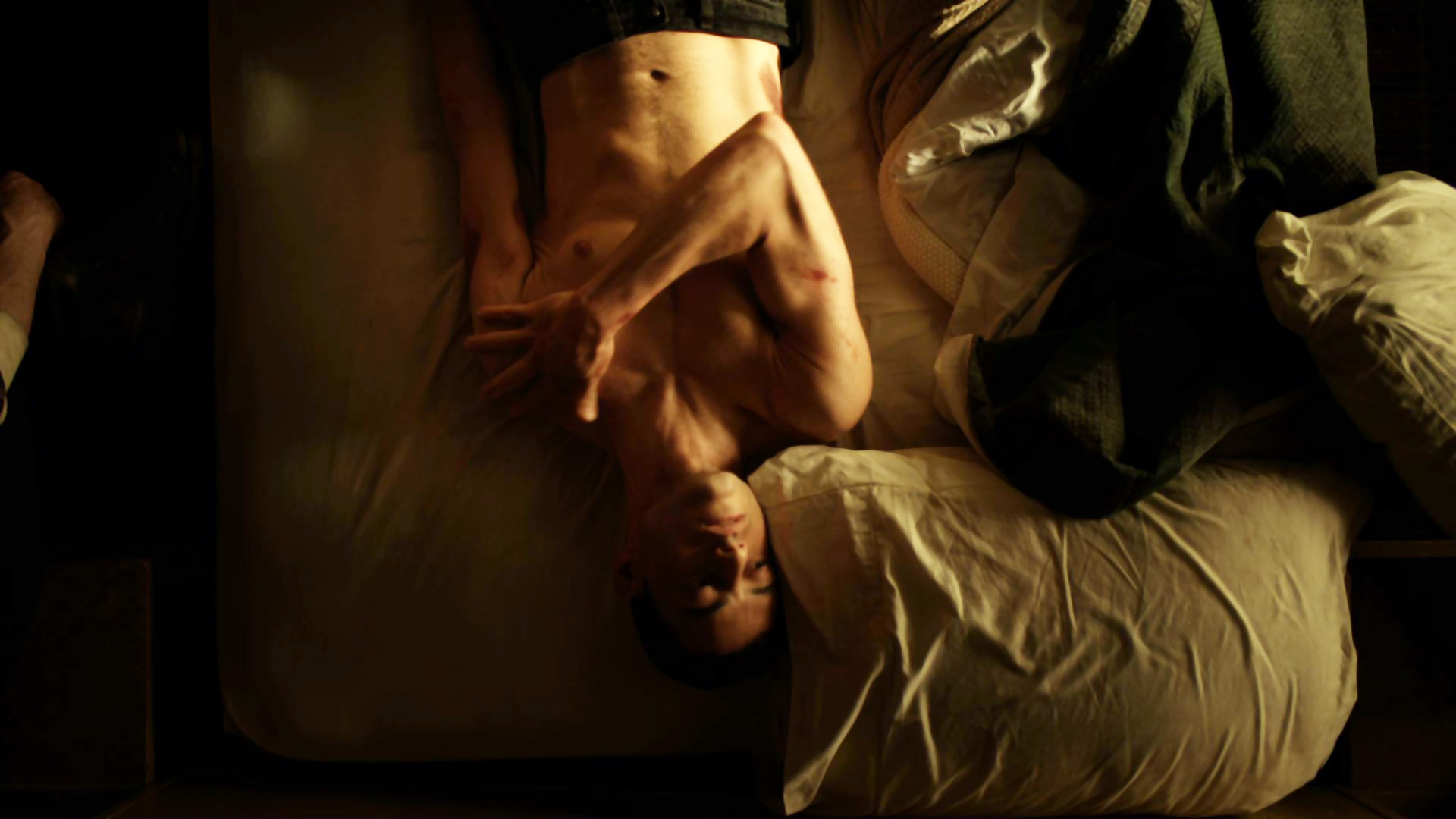 “Daemons. They don’t stop working. They’re always active. They seduce. They manipulate. They own us. And even though you’re with me, even though I created you, it makes no difference. We all must deal with them alone.”

Whereas last week’s episode dealt with “character bugs”, this episode deals with how they cope with those bugs in the best episode of USA’s “Mr. Robot” thus far.

“fsociety” is closing in on Evil Corp — and Elliot is back in the fold. Their plan is to fry their server data in “Stone Mountain”, an actual mountain fortress where their evil data is stored. Yep, that’s the way this episode’s gonna roll and, so, we buckle in for an adventure to Stone Mountain…but not so fast…something’s wrong with Elliot.

Last week, he decided to kick his Morphine habit. This episode sees him taking the last bump in his stash, saddening Shayla, his dealer. “I could still be a hottie waitress,” she tells Angela when questioned about where her future income’s going to come from. More on their relationship in a few.

Elliot’s starting to show signs of withdrawal. At first, he’s anxious, yelling at random men and asking them what they want from him. The next, he’s showing flu-like symptoms, coughing violently while swimming in a pool of his own flop sweat. Mr. Robot’s team, who had already been questioning Elliot’s integrity, is livid when Elliot finally loses it and becomes useless to them.

At first, Romero and Mobley agree to help Elliot through his issues but time’s-a-wastin’. They need to get to Stone Mountain to crash Evil Corp — who already appears to be outrunning them. That is, of course, if we’re to take anything that Elliot sees and/or witnesses as gospel. Big “Evil Corp” big rigs speed down the highway with black car escorts and all Elliot can do is lay in bed, begging a hapless Mr. Robot for another bump. “Just to get us back on the road,” he says. “We’re wasting time…this has to happen now.”

Does he get it?

Woozy camera work, a junkie house, a needle in his arm, the weight of the woman who injected him on his lap sucking his tongue, gunshots. Elliot’s down — but not out. Mr. Robot shows up to give him his mask, to tell him to find his monster and to give him a key to turn when he finds it. His old house no longer shows up. It’s replaced by a telephone pole with a white piece of paper with a 404 Error printed on it. He inadvertently proposes to Angela at a restaurant filled with cubicles and she nearly reveals what Elliot is during their “first look” before the audio and video abruptly cuts like the Sopranos finale on acid.

What we’re seeing is David Lynch through the eyes of Cronenberg. It’s all very moody and unreal, yet so obviously familiar and beautiful. This sort of thing can either make or break an episode and, perhaps, even a series. Mr. Robot handles Elliot’s withdrawal hallucinations with care. What we’re seeing is part of Elliot, what has been part of him for some time and while it’s incredibly disturbing and creepy, it’s a joy to go through this with him. It serves the plot. “We can try to be good, we can try to make a difference, but it’s all bullshit,” Elliot explains. “‘Cause intentions are irrelevant. They don’t drive us. Daemons do. And I’ve got more than most.”

But if Elliot’s successfully kicked the stuff, what’s up with Shayla?

She may have a new buyer in Angela who pops the Ecstasy Shayla offers her after Angela airs her Ollie issues. “The only person you need to take care of is you,” Shayla tells her inside a nightclub bathroom after they the two kiss. Is Angela letting go for one night or is Angela succumbing to her inner monster? It’s a fair question because you have Elliot, who is leaving the darkness only to cross metaphorical paths with Angela, who’s entering it.

Every series worth its salt has that episode that “grabs” you and makes you set your DVR so you won’t miss a single episode. This episode was it. If “eps1.3_da3m0ns.mp4” failed to do it, then maybe the series isn’t for you. High marks for the series this week.