We’re in the home stretch to Christmas and we’re doing a four-day beer tasting we call “The Four Days of BEER-MAS”! Tonight, we explore four randomly selected winter beers to send you into Christmas happy!

So, pour yourself your favorite alcoholic or non-alcoholic beverage, sit down, kick back and join us for the second night of “The 4 Days of BEER-MAS”!

Our next beer is… 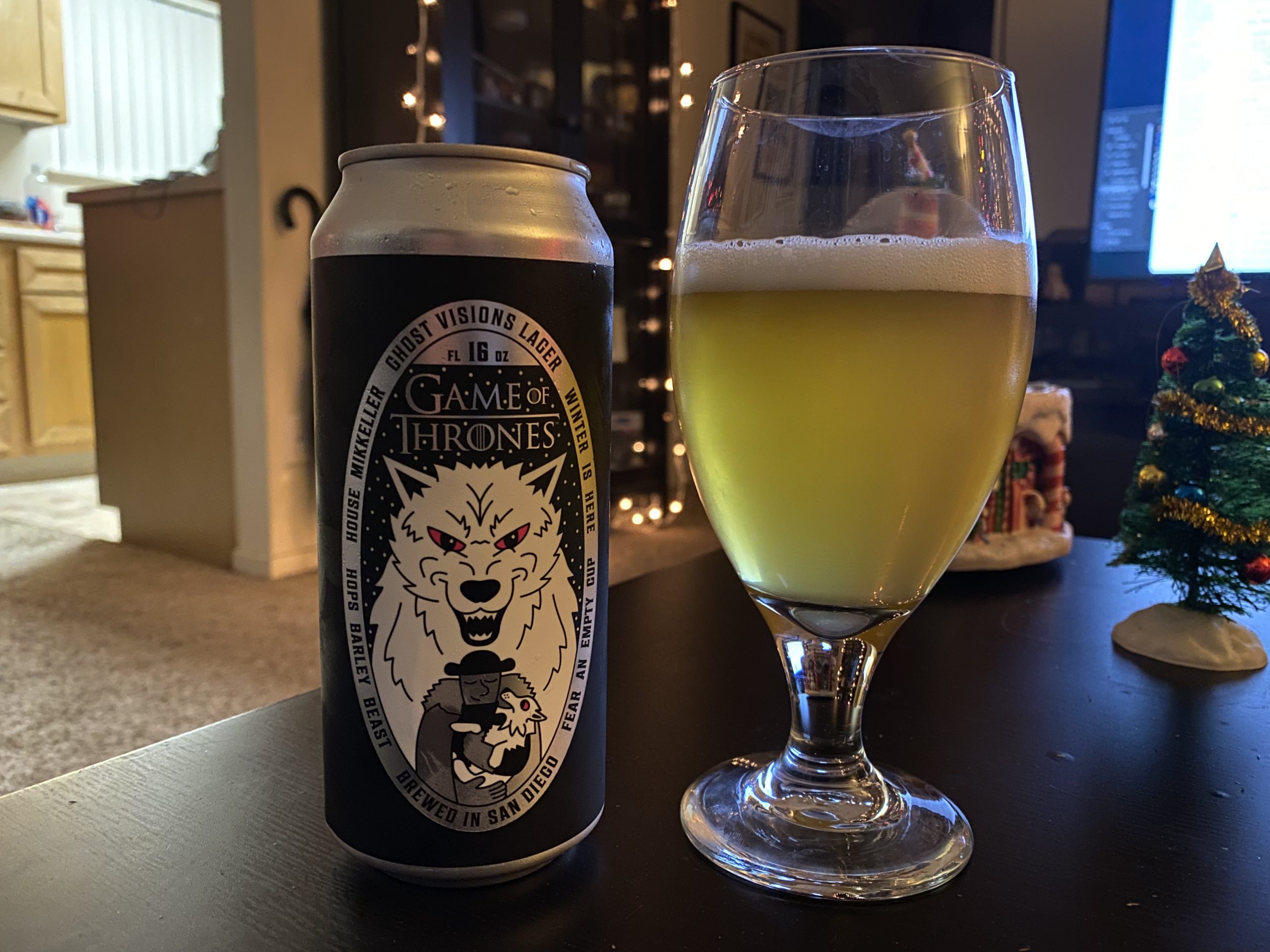 FINAL REFLECTIONS: This beer is odd. It’s supposed to be a Lager but does not taste like a Lager. This beer presents itself as a Belgian Ale, smells like one, and tastes like one. There’s hops and wheat and thickness and body and there’s also a spicy, dry finish to it. Calling it a “Lager” is a bit of misnomer. In any case, regardless of what it is or might be, we’ve both had better Lagers/Belgians. 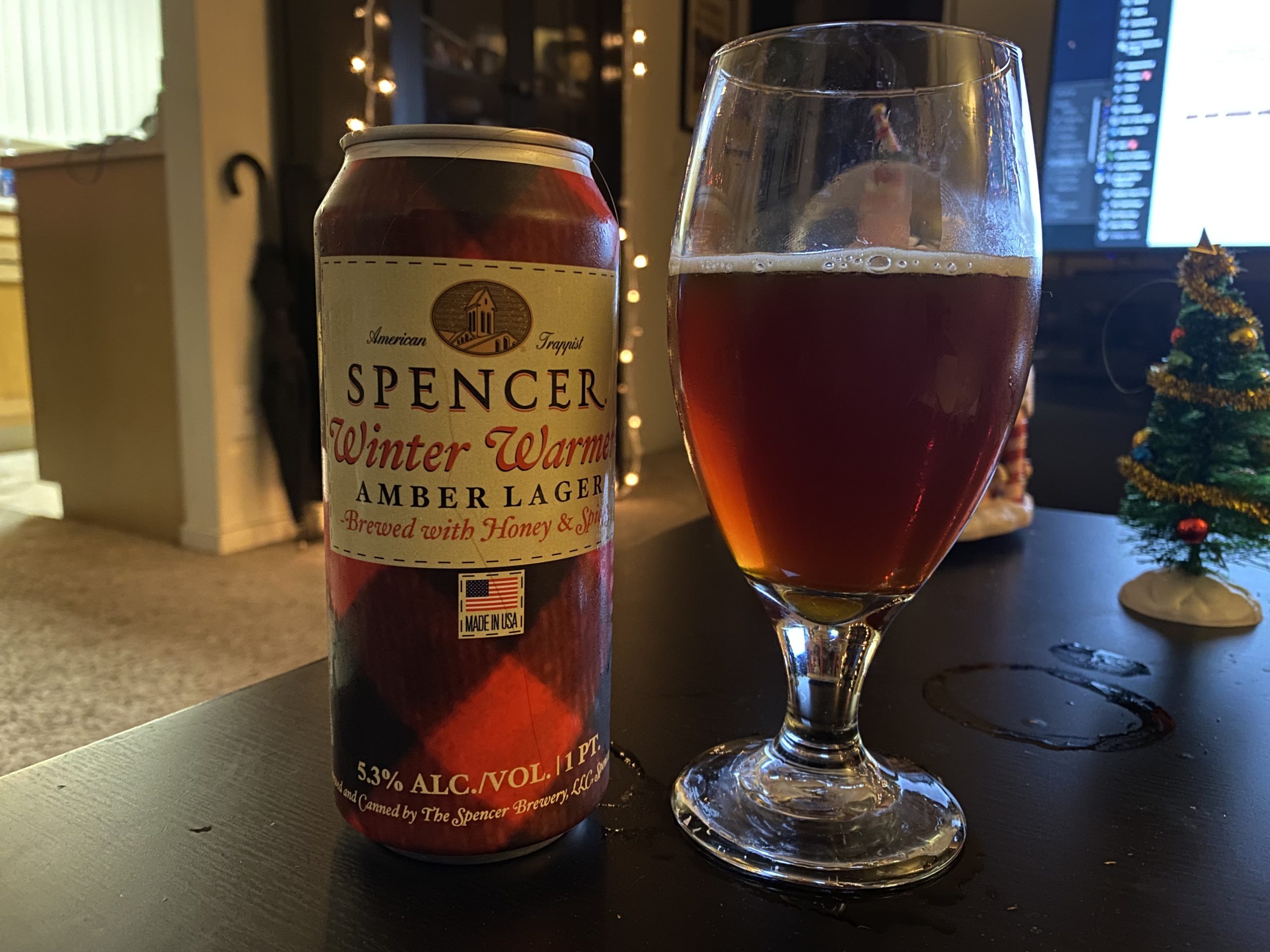 MOUTHFEEL/TASTE: Thin mouthfeel. Nice faint fruit on the tongue with cinnamon and honey on the back end. Nice finish.

FINAL REFLECTIONS: This is basically winter in a glass. The faint use of fruit is nice and doesn’t overpower the drink. The honey is very nicely included as well as the cinnamon kick on the back end. Everything comes together in the finish. Very nice winter ale — but still doesn’t taste like a Lager. This is more reminiscent of a fruity, spicy Amber Ale. 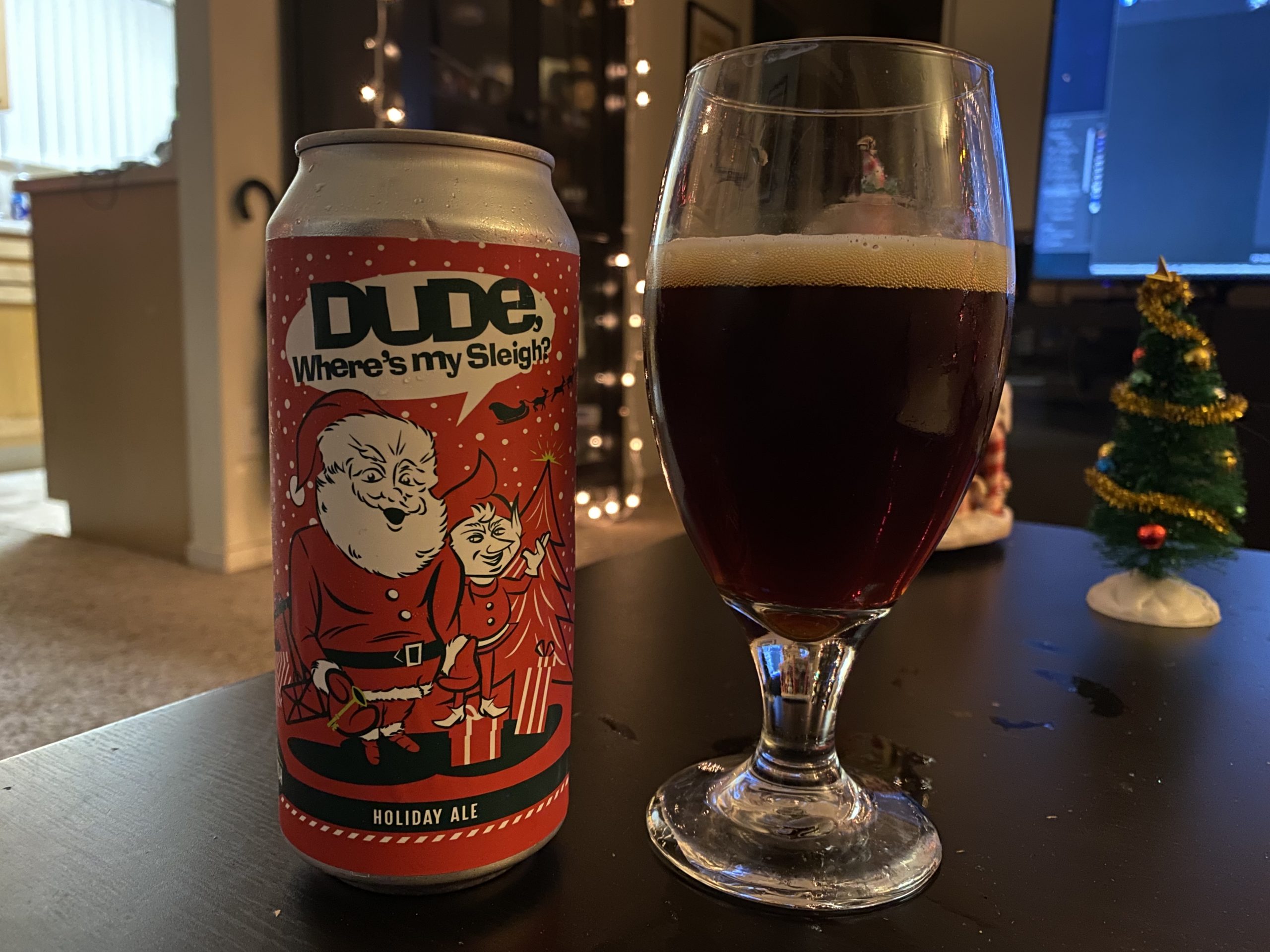 SCENT: Some fruit and malt

MOUTHFEEL/TASTE: Medium mouthfeel. Not much on the tongue. Maybe some fruit. Very spicy finish.

FINAL REFLECTIONS: This is a dark winter ale with some fruit on the tongue (if you try hard enough) but it’s bland. There’s a definite spicy finish at the end which overpowers everything else. We get what it’s trying to be, but Spencer’s Winter Warmer was a better “winter ale” than this one is. 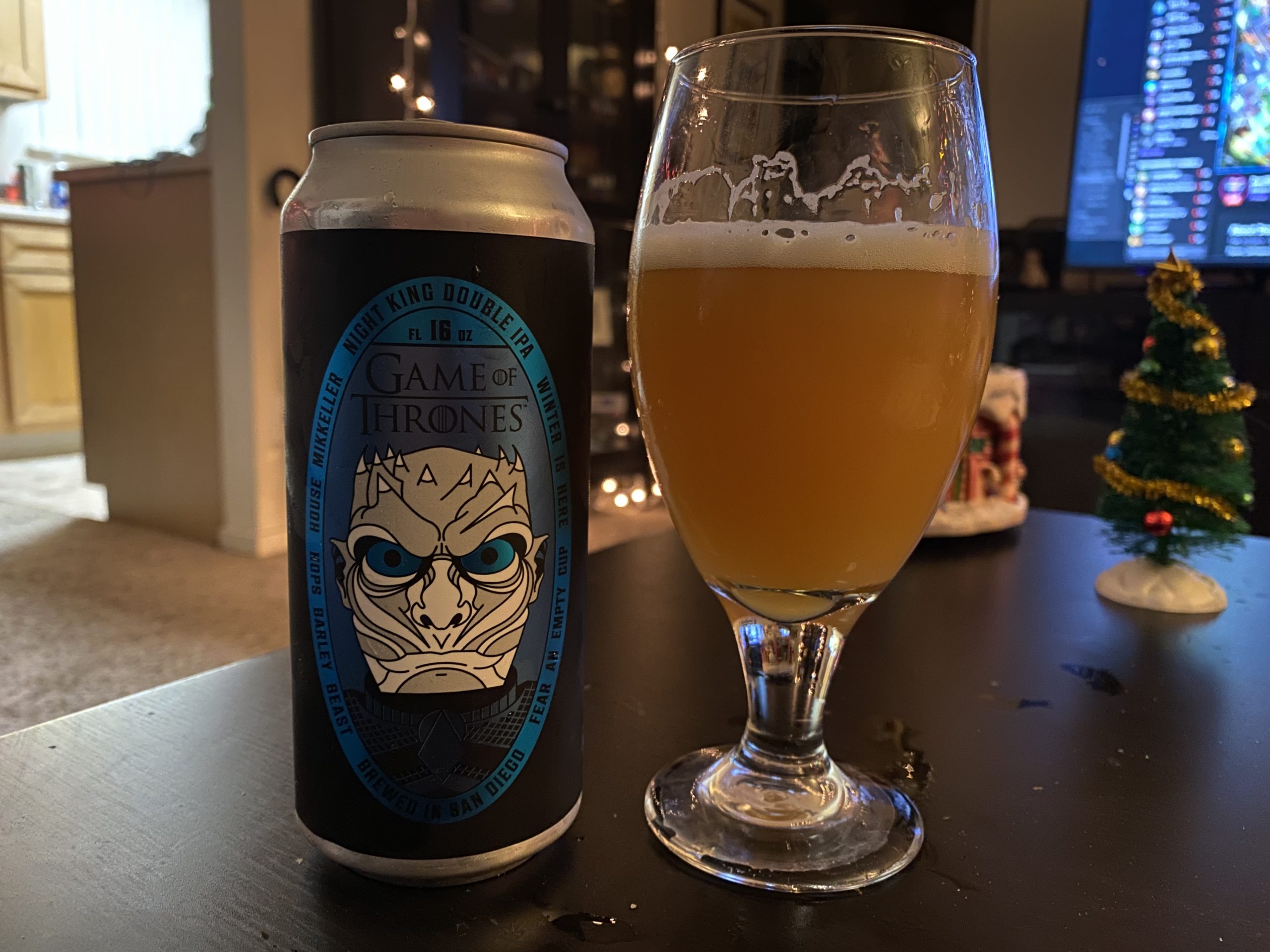 LOOK: Hazy gold, you can’t see through it

MOUTHFEEL/TASTE: Thick mouthfeel. Pine, hops, alcohol…not as juicy as I thought it would be.

FINAL REFLECTIONS: Still, this is a good IPA. Even if it isn’t a “winter” style beer, the flavor here is most welcome. I will drink an IPA year-round. Nice pine and hops (not too overpowering or bitter) and a slight citrus taste make this a very drinkable IPA.

FINAL THOUGHTS: Overall, this was a fun adventure. We had hits and misses throughout and we enjoyed the overall tasting. Tonight’s was no exception with hits in Spencer’s Ale and the Night King IPA and misses in the Sleigh beer and Winter Visions Lager. Clown Shoes had some great flavors and interesting concepts and their can art is second to none. In any case, this concludes our “Four Nights of BEER-MAS”. We wish you a very happy and safe holiday.

NEXT WEEK: We don’t know what we have planned but we will see what we can do!