It’s Friday and that means it’s time for another beer flight tasting with my wife!

This week’s beers are a quartet from San Luis Obispo Brewing Company and we have four enticing beers to taste this week:

San Luis Obispo holds a place in my heart because I went to school there and grew up visiting the Central Coast.

Each beer will be paired with a tortilla chip much like you’d pair a wine with a cracker or a cheese. This was inspired by SLO Brew using chips to brew Taco Works, which is based on the SLO brand of tortilla chips of the same name.

So…without further ado, let’s get to our tasting!

Our first beer up is… 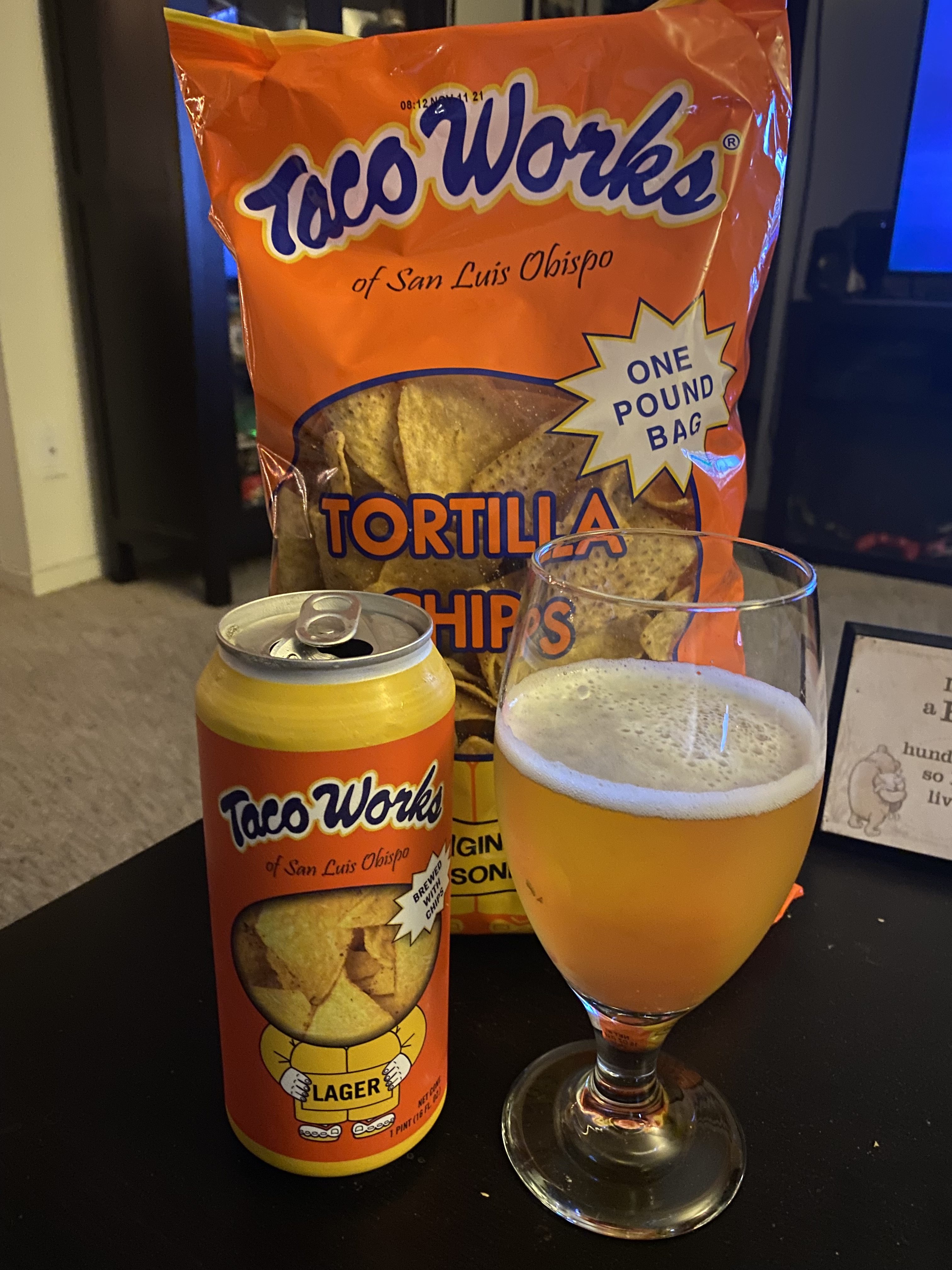 LOOK: Clear and golden as a Lager should be.

SCENT: Citrus with a hint of chip seasoning.

MOUTHFEEL/TASTE: A little thicker than a Lager, but only by a hair. Nice citrus flavor to it. Some lemon, some orange zest. There seems to be a hint of tortilla chip seasoning and flavor which gives it a slightly dry taste. Still, it’s a crushable beer. 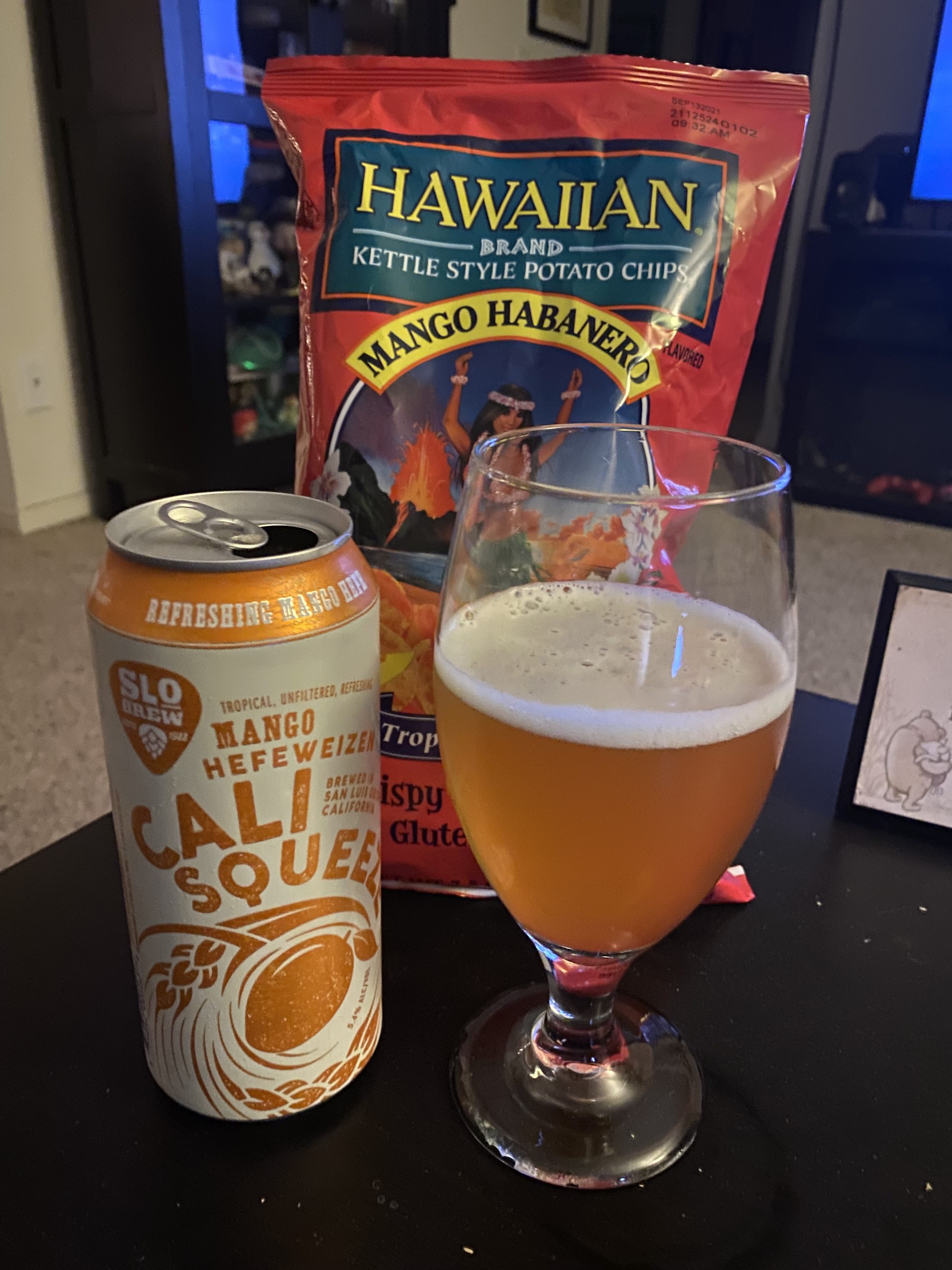 MOUTHFEEL/TASTE: This is thin for a Hefe and tastes more like a Lager with some mango blended in. It tastes more like a Hefe the deeper into the glass you get. Otherwise, far too sweet and, at times, feels like you’re drinking two different things shoved together. 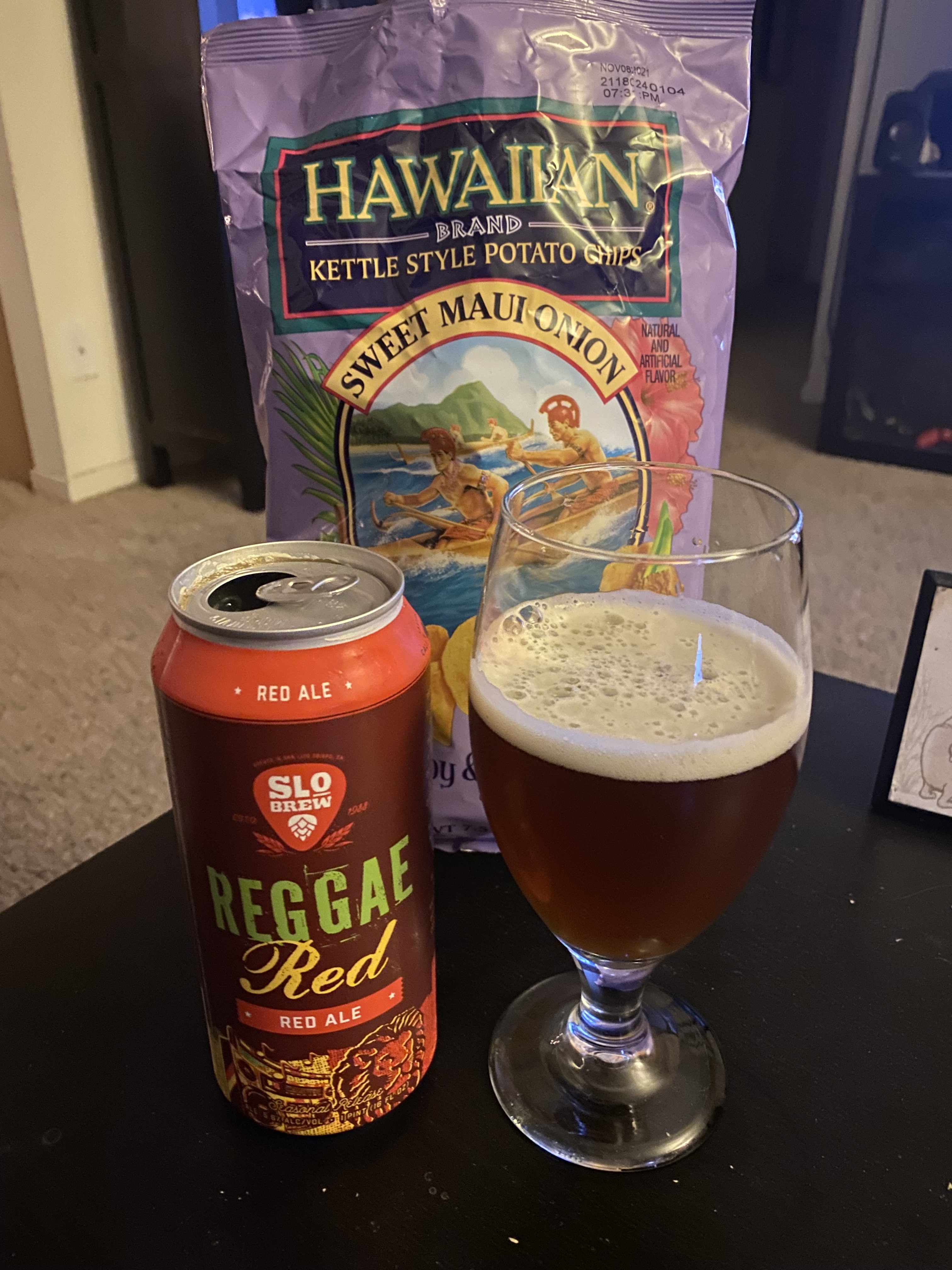 SCENT: Earthy scent with some citrus on the nose

MOUTHFEEL/TASTE: Slight fruit taste and very earthy the rest of the way. So much so, that it tastes like you’re downing mud or coffee on the back end which is slightly off putting. A thicker beer than the last one. 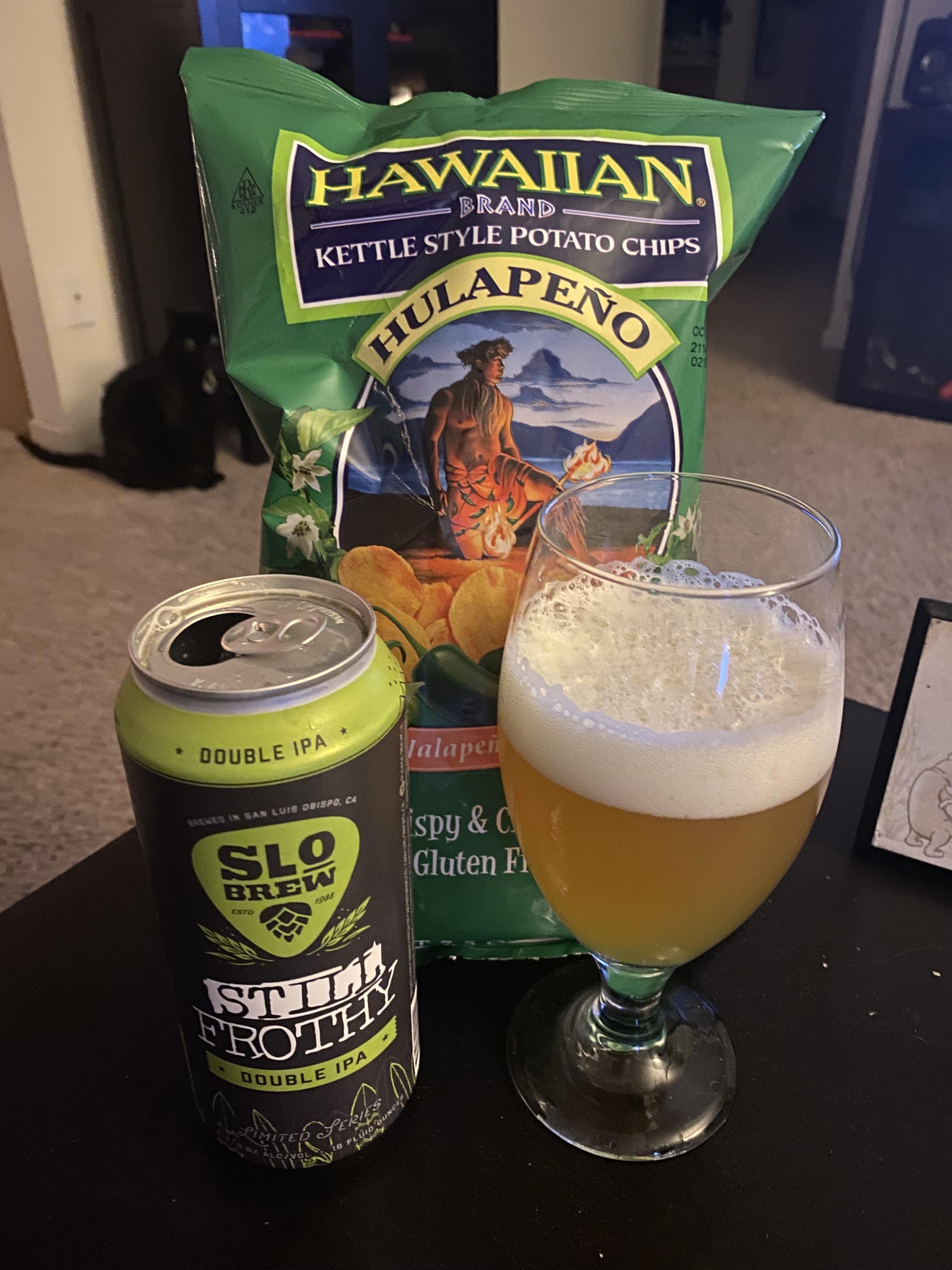 SCENT: A lot of citrus and pine on the nose. Smells like a forest mixed with your grandma’s wood polish/cleaner — but in a good way.

MOUTHFEEL/TASTE: Thick mouthfeel for an IPA. There’s a lot of what you smelled: citrus and pine. It’s the best of the bunch and keeps the pack afloat.

Overall, we weren’t terribly impressed and expected better from this quartet. The Lager and Red Ale were by-the-numbers while the Hefe, while a bold experiment, was far too sweet and way too thin to be good. The IPA buoys the whole pack but that’s not saying much, considering there are better IPA’s out there.