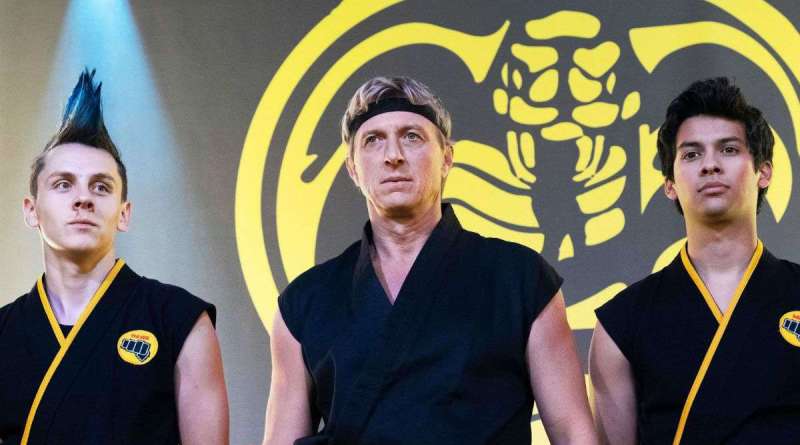 Daniel (Ralph Macchio) is in tune with modern times. He’s a successful car salesman and owner of his own dealership. Part of selling cars is selling yourself, so he’s able to make homemade commercials about Miyagi-Do Karate and make them go viral. The issue? Today’s youth thrives on instant gratification and isn’t going to sweat in the Southern California heat, painting fences and sanding decks. They want Cobra Kai Karate, something Johnny (William Zabka) excels at teaching…except, unlike LaRusso, he has no idea how to sell himself, can’t find the Internet or even locate the power button on the used Dell laptop he thought was “an Apple” which he bought at a local pawn shop (whom he calls for tech support when the device confounds him at every turn.)

But despite the facetious propaganda war being fought by LaRusso and Lawrence in the form of competing video ads and ridiculously bombastic posturing in front of live audiences, “Fire and Ice” is best when it delves into the characters . Last episode, Miguel (Xolo Maridueña) discovered that Robby (Tanner Buchanan) is Johnny’s son, something Miguel isn’t happy about, especially after he and Hawk (Jacob Bertrand) were disciplined for attacking him at the Karate tourney in a such a cheap manner. Here, the confrontation between Miguel and Johnny (with “Hawk” backing up Miguel) is only given a minute and it’s something Johnny squashes immediately in the same angry, dismissive manner with which he handles most of his major issues. 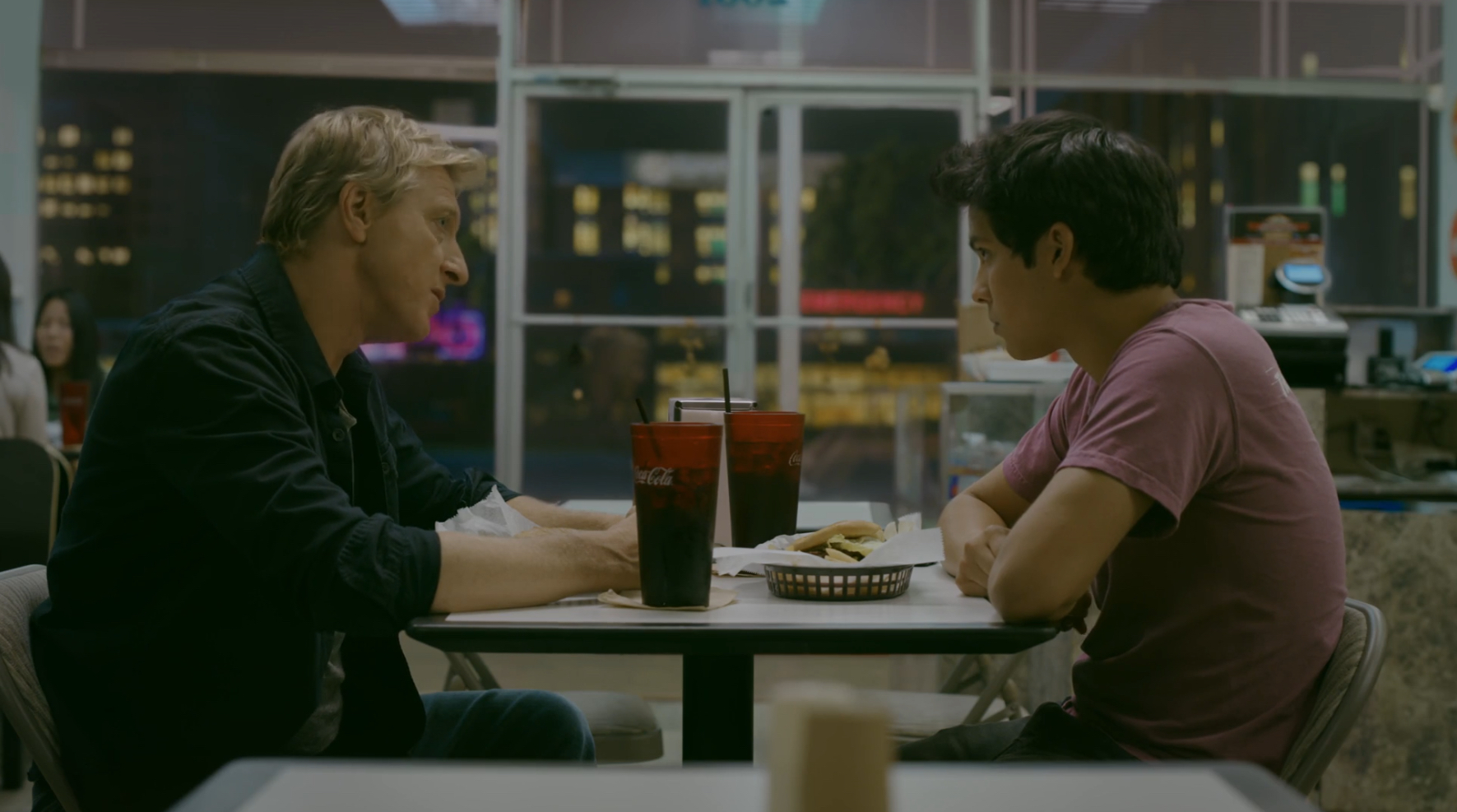 It doesn’t help that Kreese (Martin Kove) has begun to harass Johnny about the situation with Robby. Just as Kreese was able to goad Johnny into responding to LaRusso’s viral video with a video of his own, one might think Johnny might fall into the same mental trap…but then a funny thing happens: Johnny invites Miguel to dinner at a local burger joint where Johnny sheds his anger and opens up about Robby. He was born in the hospital across the street after Robby’s mother had been in labor for nearly 24 hours. Johnny was young and stupid and full of rage at the time, having just lost his mother. He was also smashed that night and couldn’t work up the courage to swallow his pride and visit his newborn son. Johnny’s voice cracks and his eyes well up and the scene just rips your heart out. The lesson, Johnny reasons, is that he won’t fail Miguel because Miguel is his redemption. He’s the chance to put right what is wrong.

Unfortunately, the story isn’t as compelling on the LaRusso side of things. Daniel’s ad, while popular, has angered his wife (Courtney Henggeler) because Daniel used their 3rd Quarter dealership budget to make it. Additionally, nobody is showing up at Miyagi-Do which prompts Daniel to do some impromptu show-and-tell at a local city fair. How Daniel pulls off a show in a matter of hours with such high production value is never fully explained. Nor is it explained how Cobra Kai manages to do the exact same thing at the same location. But that’s “Cobra Kai”. The show dazzles you with introspective, layered characters and the dynamics between them and then you’re watching a bunch of kids kick boards in half to 80’s metal music while their banner flows in the background.

Still, “Fire and Ice” is a solid episode and the show continues to cruise thanks to amazing performances from an insanely talented cast and writing which turns their respective characters on their heads.