One of the underlying themes of YouTube’s “Cobra Kai” has been war and conflict. More specifically, the carelessness and unintended consequences which lead to war and conflict and the effects of such on those involved. From the first episode of the series, we’ve witnessed Johnny (William Zabka) as he builds his new Cobra Kai dojo with the intention of not only reclaiming control of his life but to also agitate Daniel LaRusso, the man who beat him in the All-Valley Tournament over 30 years ago. As a former “soldier” of Kreese’s Cobra Kai “army”, Johnny’s scars run deep. But, Johnny’s also made strides, embracing change and smoothing his hard edges. The same can’t be said for Kreese (Martin Kove) who opens “Lull” by visiting Daniel (Ralph Macchio) at Miyagi-Do for the purpose of telling him that his students had better be ready because a war is coming between his dojo and Cobra Kai. “Peace”, he says “is just a lull between battles.”

As much as Daniel preaches “Karate as self-defense”, he knows, deep down, that things cannot stay that way and sets out to train his students to…defend themselves…so, I guess he’s still right? So, while Kreese has Cobra Kai’s students hunting one another in the “Coyote Creek” woods (for a show set in Southern California, a lot of time is spent in the woods), Daniel has one student stand in the middle of a ring and orders his other students to attack that person one by one, like in a Bruce Lee movie. This is all well and good, but all of this feels like extraneous set-up and padding to get to a fairly obvious conclusion. 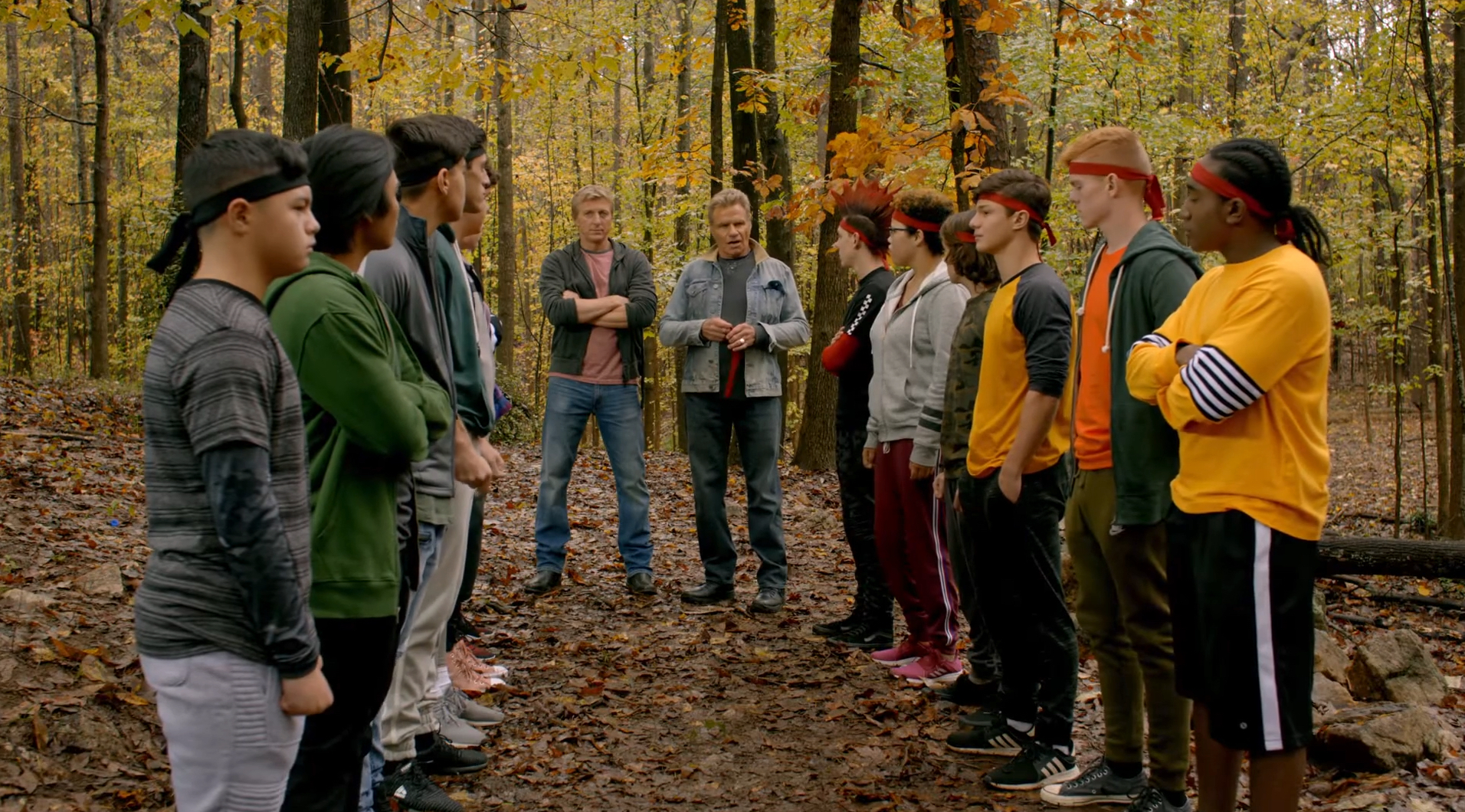 The amount of training sequences and montages are, of course, welcome in a show about martial arts but it’s also to the show’s detriment, burying at least one story that deserved more attention. Daniel’s wife, Amanda (Courtney Henggeler), has now grown tired of Daniel shirking his duties at LaRusso Auto and doesn’t like “waking up in an empty bed”. It only gets worse when Daniel trains his students inside a giant walk-in refrigerator because it’s too hot to train outside. How Daniel was able to procure access to a walk-in refrigerator is anyone’s guess and I’m still wondering how extreme cold is better than extreme heat (Daniel’s actual explanation for both is “You can’t choose what environment you’re in when somebody attacks you”) but here we are, watching kids kick and punch inside a walk-in fridge. The entire ordeal causes Daniel to be late for an insanely important meeting involving the promotion of Anoush (Dan Ahdoot), a plot point so critical, the actor playing him has been seen all of two seconds the entire season and isn’t even featured in the episode.

The most compelling story in “Lull” is Cobra Kai training in the woods where it’s revealed that Hawk (Jacob Bertrand) was the one who stole Miyagi’s Medal of Honor and wears it, like a trophy, around his neck. This leads to a pretty great battle between Miguel (Xolo Maridueña) and Hawk “for the title”, so to speak, a confrontation which culminates in a fairly goofy climax where “Stingray” (series newcomer Paul Walter Hauser), one of the newer Cobra Kai members rises up from a pile of leaves and steals Miguel’s headband after monologuing him to death. It’s highly unbelievable but “Stingray” has been in need of some sort of character validation. 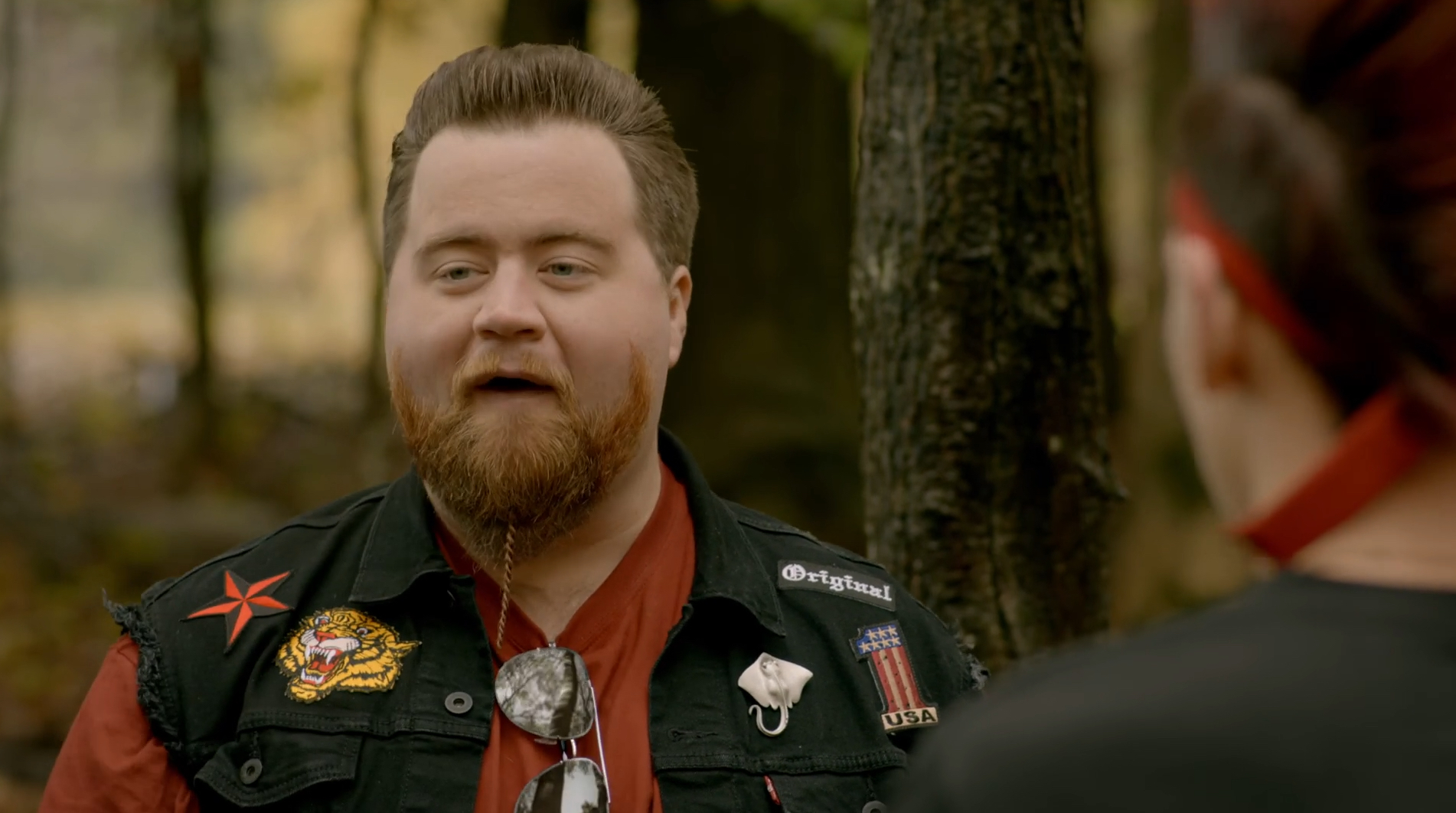 Ultimately, “Lull” is sunk by the Miyagi-Do side of things. While Amanda’s struggles seem true-to-life, her issues with Daniel and the troubles over at LaRusso Auto just seem to come out of nowhere, so it feels less like something critical and more like something that was invented for the sake of plot movement. Last week’s “Take a Right” was filler done right: surreal, entertaining, and emotional fare which, while having no real relation to the overall plot or narrative, still served as a personal lesson to Johnny. “Lull” isn’t a terrible episode of YouTube’s “Cobra Kai”. It’s just safe and smacks of the writers biding their time as we move, inexorably, toward a finale which has all but promised the audience epic fireworks.