We’re at the penultimate episode of YouTube’s “Cobra Kai”. It’s the calm before the storm before the big blow-off in the finale. Sam (Mary Mouser) and Tory (Peyton List) are hitting the heavy bag hard to “That’s My Girl” by Fifth Harmony before hitting the last party before summer ends and everyone goes back to school. Meanwhile, in adult land, Daniel (Ralph Macchio) and his wife, Amanda (Courtney Henggeler) are on their way to a date night and, what luck! They’re headed to the same place Johnny (William Zabka) and Carmen (Vanessa Rubio) are going!

After three episodes featuring surreal roadtrips with old friends, arbitrary character shifts for the sake of filler, goofy, Survivor-esque wilderness games and Disney Channel-level making out, “Cobra Kai” returns with “Pulpo”, an outstanding episode which, while not breaking any new ground, is a hell of a lot of fun. 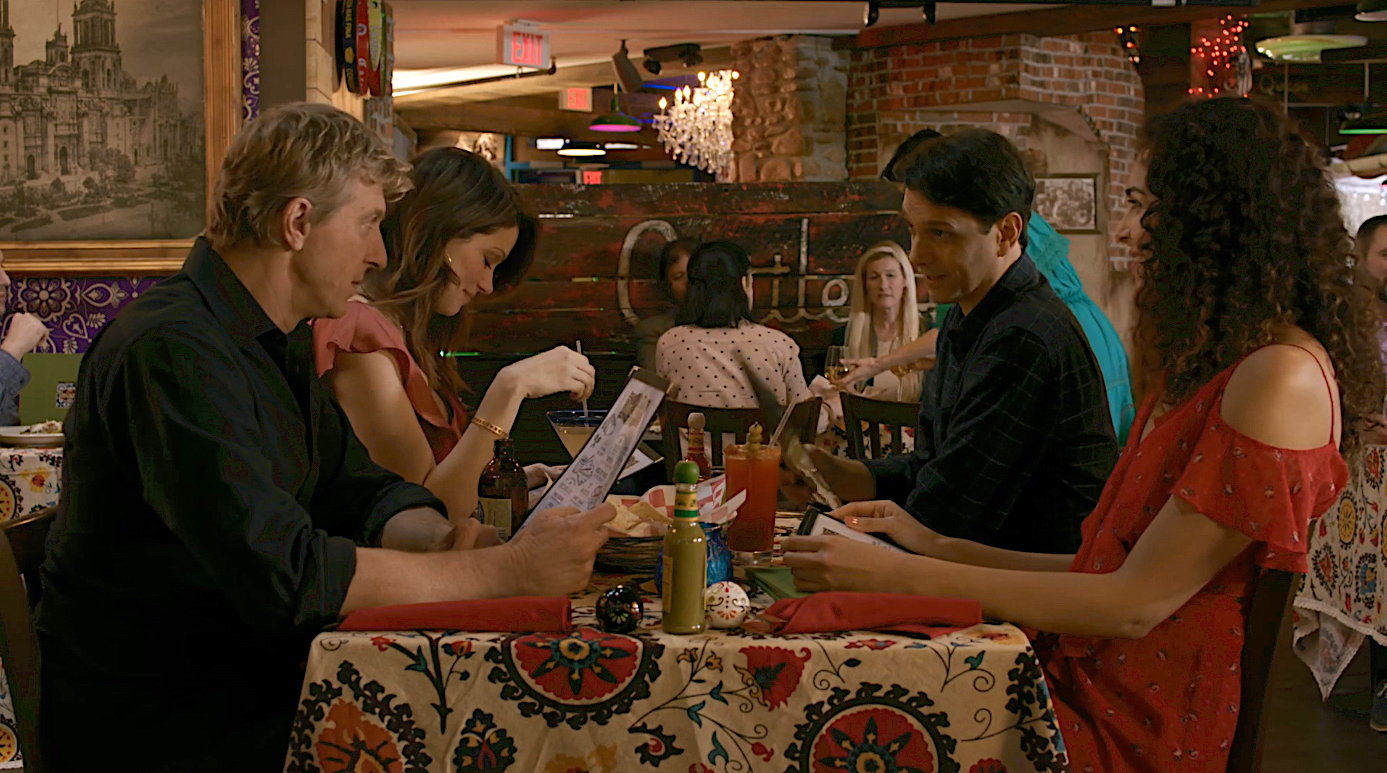 About this time last season, “Cobra Kai” gave us “Different But Same”, an episode which saw Johnny and Daniel making a genuine, if not reluctant, attempt to bury the hatchet over drinks at a local dive. Much time and many a misunderstanding has taken place since then. Miguel (Xolo Maridueña) and Cobra Kai won the All-Valley Karate Tournament using questionable tactics, Kreese resurfaced, Cobra Kai attacked and desecrated Miyagi-Do and tried to assault Demetri (Gianni Decenzo) just for publicly outing Cobra Kai as a pit of hell run by psychotic people.

Needless to say, Daniel isn’t exactly up to a second attempt to make peace…but Daniel, having just made amends with his wife, and Johnny, who doesn’t want to make himself look unattractive in the eyes of the woman giving him a chance, don’t have much choice. At first, the meeting is cringe-worthy, with the two enemies slinging potshots and insults at one another like grenades — all while Amanda and Carmen roll their eyes and compliment each other’s evening dress, eventually taking that friendly trip to the bathroom together.

The first part of this sequence is brilliant and serves to expose Johnny and Daniel as two petty people who live in the past and refuse to leave their respective bubbles for greener emotional pastures. While the restaurant plays salsa music and everyone around them is friendly and sucks down Margaritas while inhaling salsa and chips, Daniel and Johnny are silently at war, borne of a mutual hatred which thankfully melts away as the evening progresses, to the point where even Johnny pokes fun at himself. When Carmen asks if they should do another round of drinks, he replies, “I don’t know…the last time I went four rounds with LaRusso, I caught a foot to my face!” Great stuff. 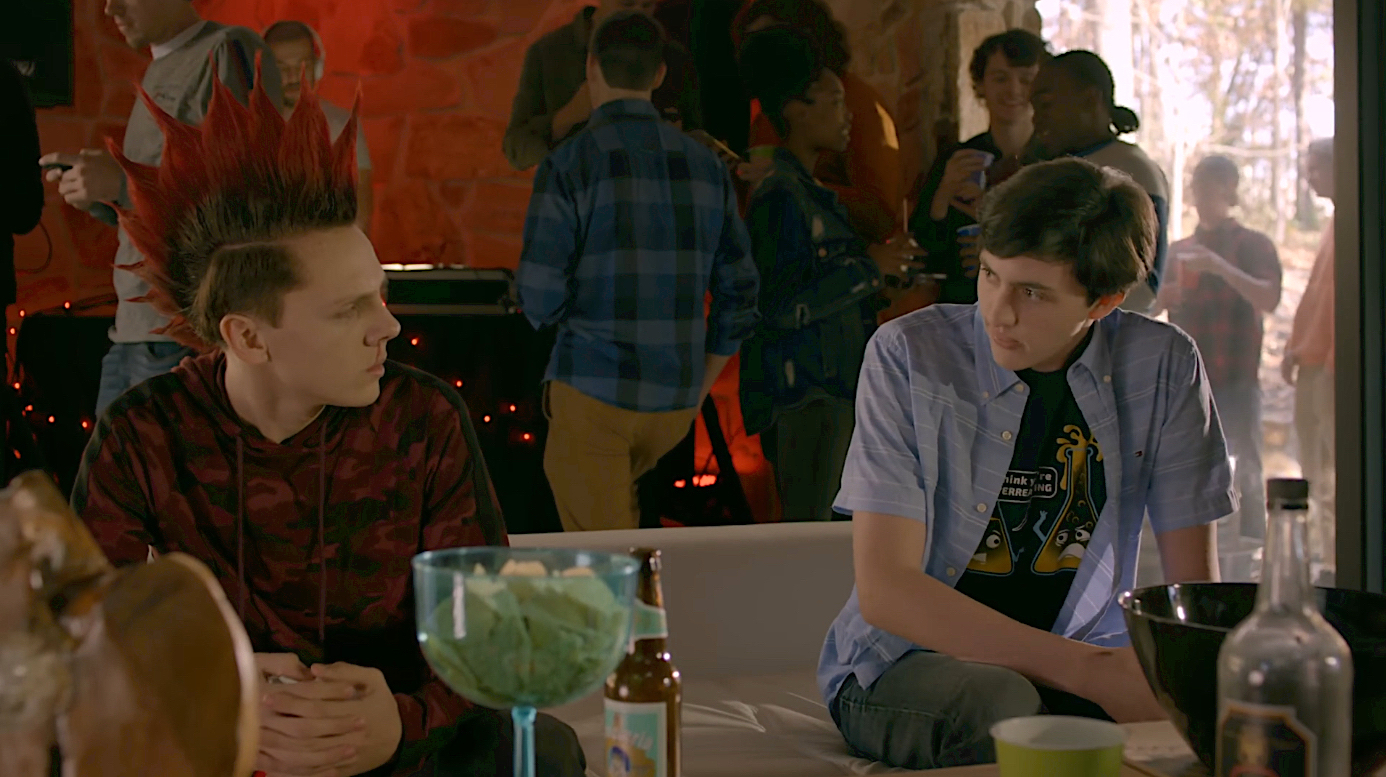 Sharing the same theme is the other story in “Pulpo”: a party hosted by Samantha’s friend, Moon (Hannah Kepple), who, like a few other characters on this series, only seem to exist when the plot calls for it. Here, a perfect storm brews when Sam and Robby (Tanner Buchanan) think they’re showing up to celebrate summer’s end, only to find out that (surprise!) just about every student from Cobra Kai has come to the party as well.

This arc (which is simply montages of binge drinking and kids dancing) would be an absolute waste of time if it weren’t for the scenes between Demetri and his former friend, “Hawk” (Jacob Bertrand). As I’ve said, Bertrand is a godsend as “Hawk”. He constantly smolders, volatile and ready to erupt, as he witnesses Moon, his ex, making out with another girl at the party. At first, Demetri soothes him, bringing him back down to Earth by mentioning the new Doctor Who but as Demetri attempts to get close to his friend again, Hawk dumps his drink all over Demetri’s head as if to remind Demetri that he’s no longer the beta male he perceives Demetri to be. 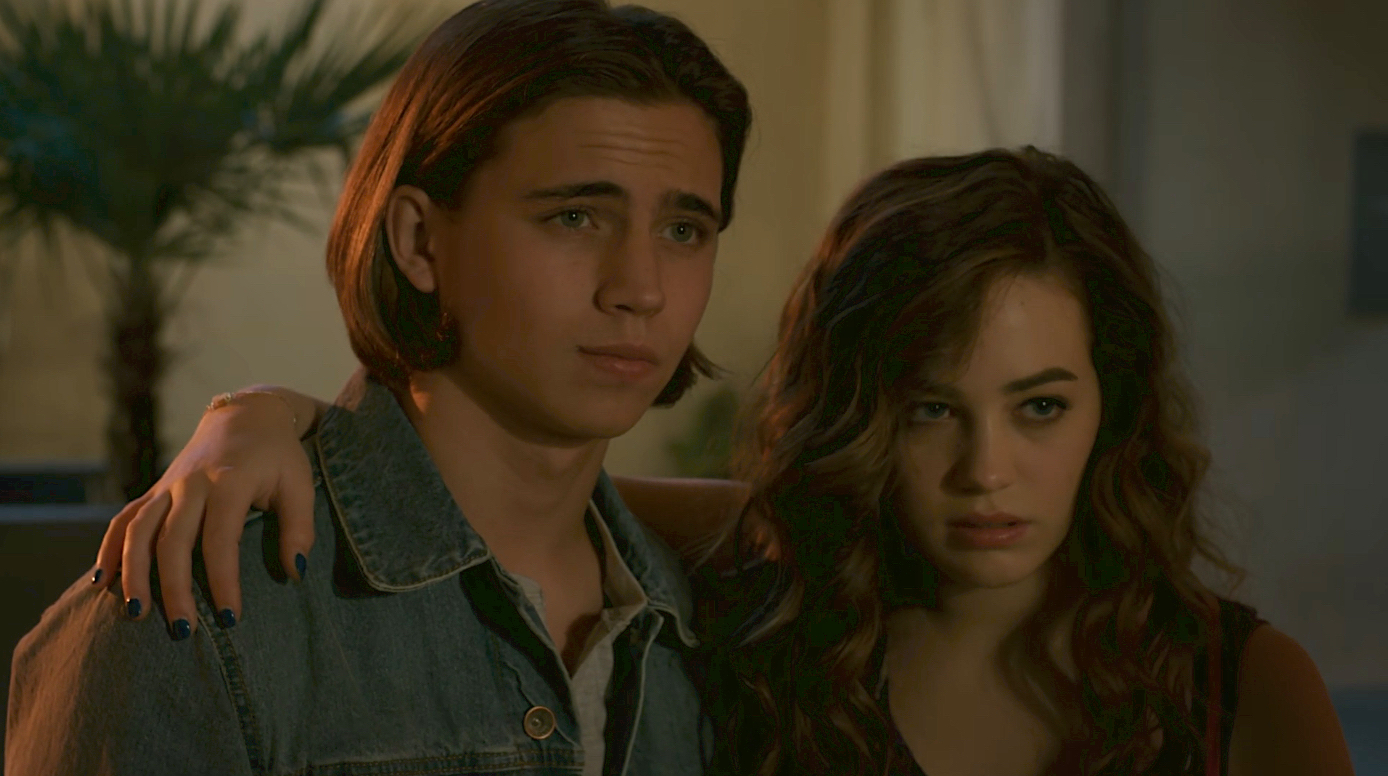 Despite the sophomoric drinking scenes between Sam and Tory (to prove who can…get drunker, I guess), it does lead Sam, in her drunken stupor, to kiss Miguel for the first time since the first season, setting up a confrontation between Robby and Miguel as well as between Sam and Tory, the latter of which witnesses the kiss through the kitchen window of the house. Sam’s drunken state also forces Robby to bring Sam to his dad’s apartment to hide out from Daniel who he believes would be irate if he found out his little girl was drinking. The handshake between Daniel and Johnny in front of the restaurant doesn’t seem so solid, does it?

Everything presented here not only moves things along nicely, with every single step being believable as well as logical. The performances from all involved are top-notch, especially between Macchio and Zabka whose long history playing these characters make for great television. With “Pulpo”, “Cobra Kai” churns out one of the best episodes of the second season as well as one of the best episodes of the series’ entire run thus far.