It’s Friday night, it’s the first day of October, and we are ready for some Halloween shenanigans! This week, we do the 2021 Elysian Pumpkin Pack from Elysian Brewing in Seattle!

Last year, my wife and I got this pack and weren’t entirely impressed — but we want to be fair and revist this just in case we might have missed something.

So…get your favorite beverage, curl up on your couch or favorite chair, kick back, and join us for our tasting of the Elysian Pumpkin Pack 2021! 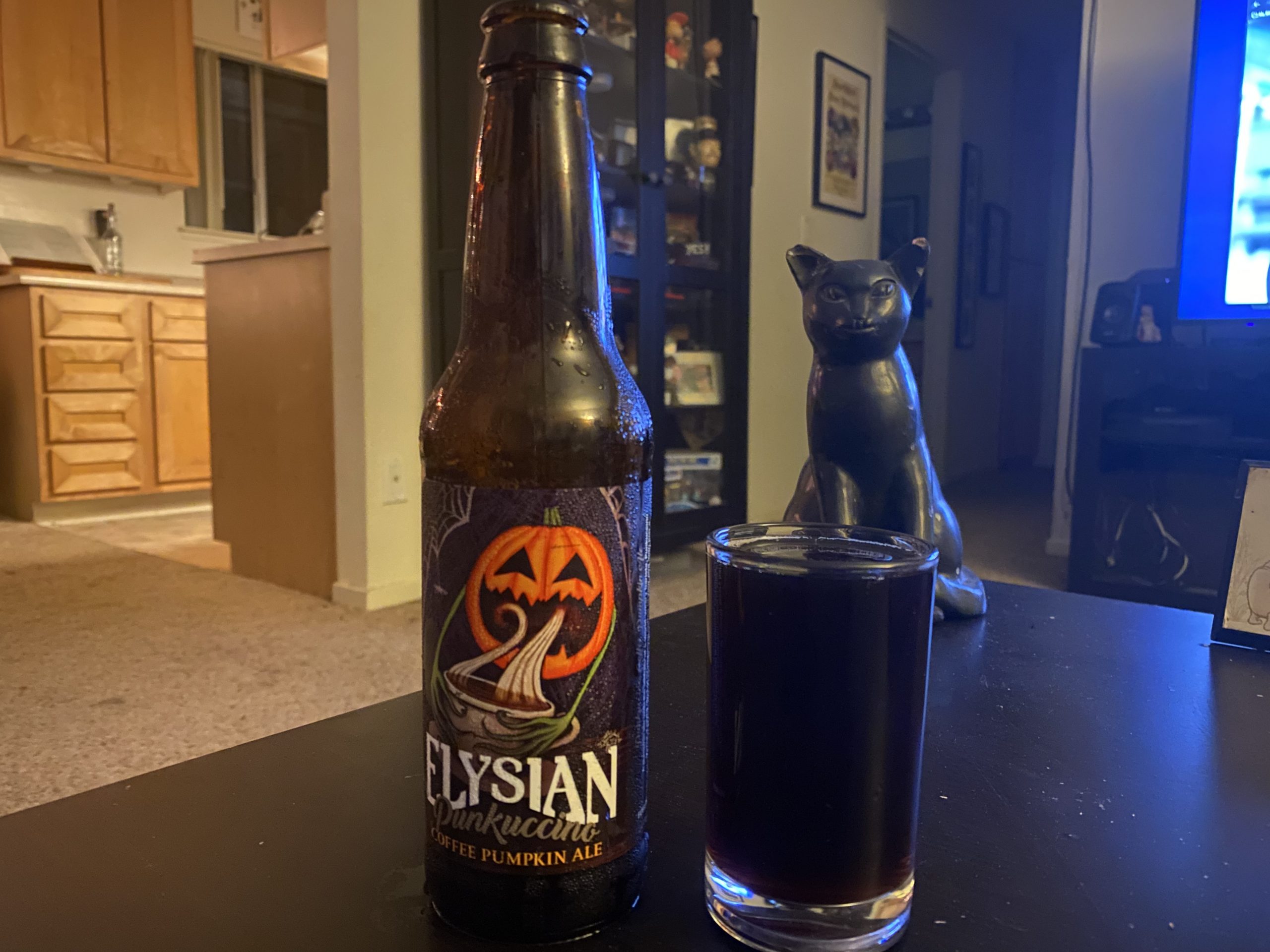 LOOK: Dark — but with some light showing through if held up to the light.

SCENT: Pumpkin all the way across with some coffee, vanilla cream, and cinnamon.

MOUTHFEEL/TASTE: Slightly thick mouthfeel. More of a porter/ale vibe than, say, a stout vibe. Very good spice and coffee. Pumpkin spice on the front, coffee in the back with sweet vanilla and cinnamon finish.

Both of us love this beer. It’s a perfect Fall beer. Very pumpkin-forward with some delicious vanilla creme and cinnamon with the coffee on the back end. The entire sip is a big, bold dessert package that just tastes decadent. 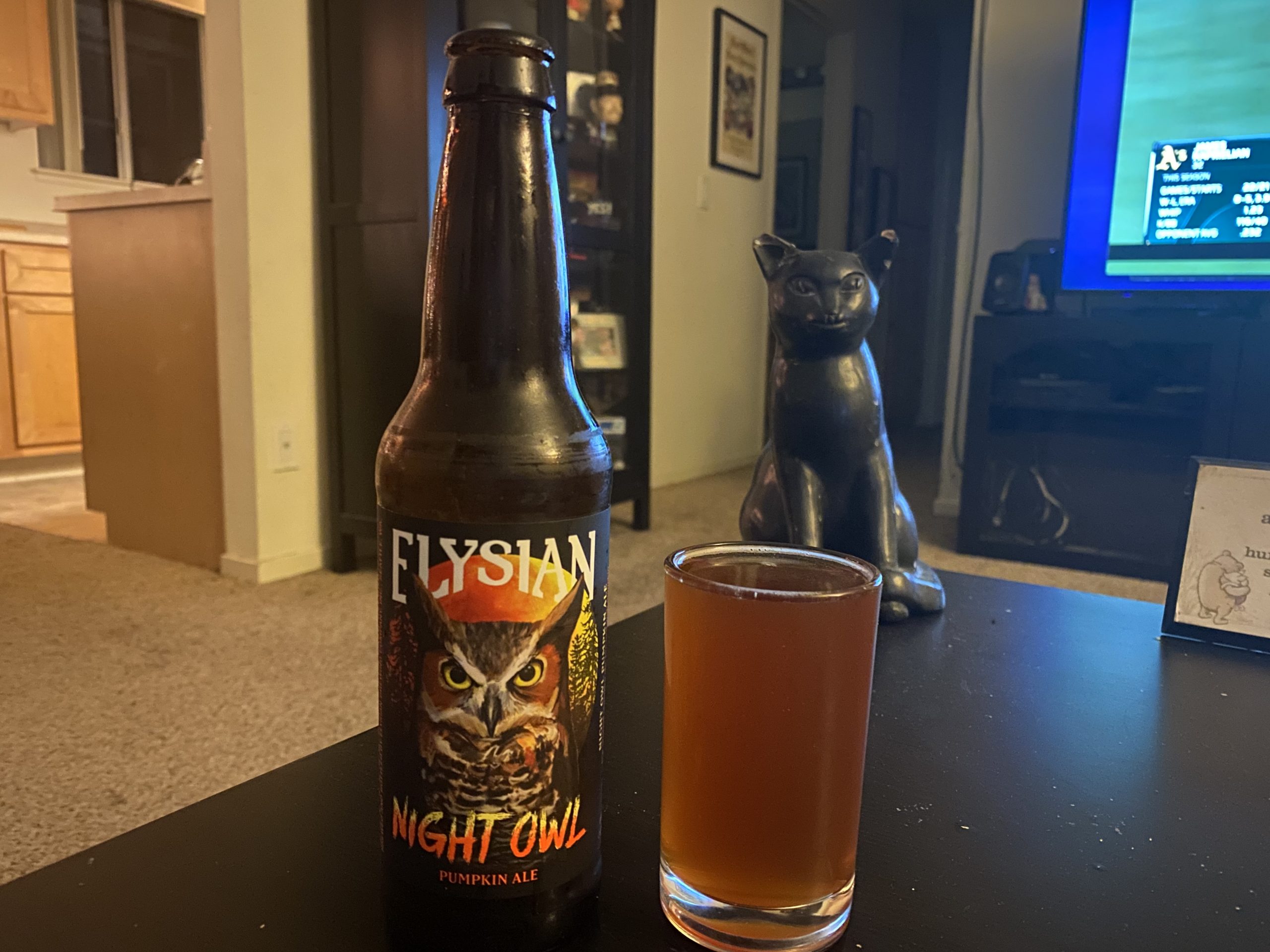 SCENT: Pumpkin all day, nothing else, really.

MOUTHFEEL/TASTE: Slightly thick mouthfeel. Pumpkin all the way down with a cinnamon kick to it on the back end.

Different from the last beer and not quite as complex or tasty — this tastes like a shot a bartender would make for you and your friends at a bar. It’s pumpkin all the way down with some nice cinnamon spice on the back end for a nice kick. It works well, but the complexity is lacking. 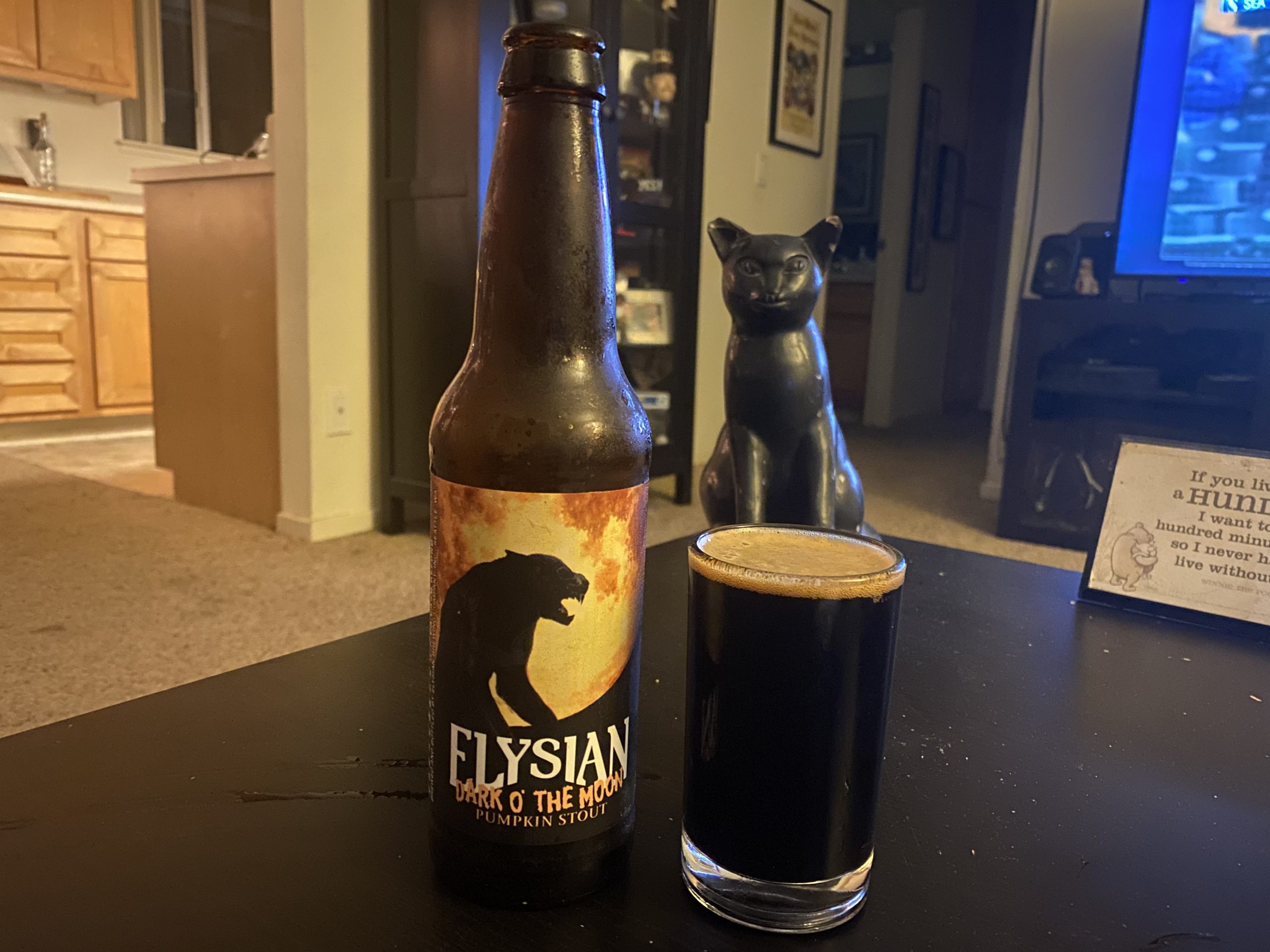 LOOK: Deep black as a stout should be

MOUTHFEEL/TASTE: Thicker mouthfeel, sweet vanilla cream, pumpkin and cinnamon on the back end. Coffee offsets it.

Not unlike the first beer we had, this one has more coffee on it than the last one. It’s still a tasty treat. Coffee and vanilla are up front with the pumpkin and cinnamon hitting the back end for a nice, sweet, savory finish. Outstanding stout. 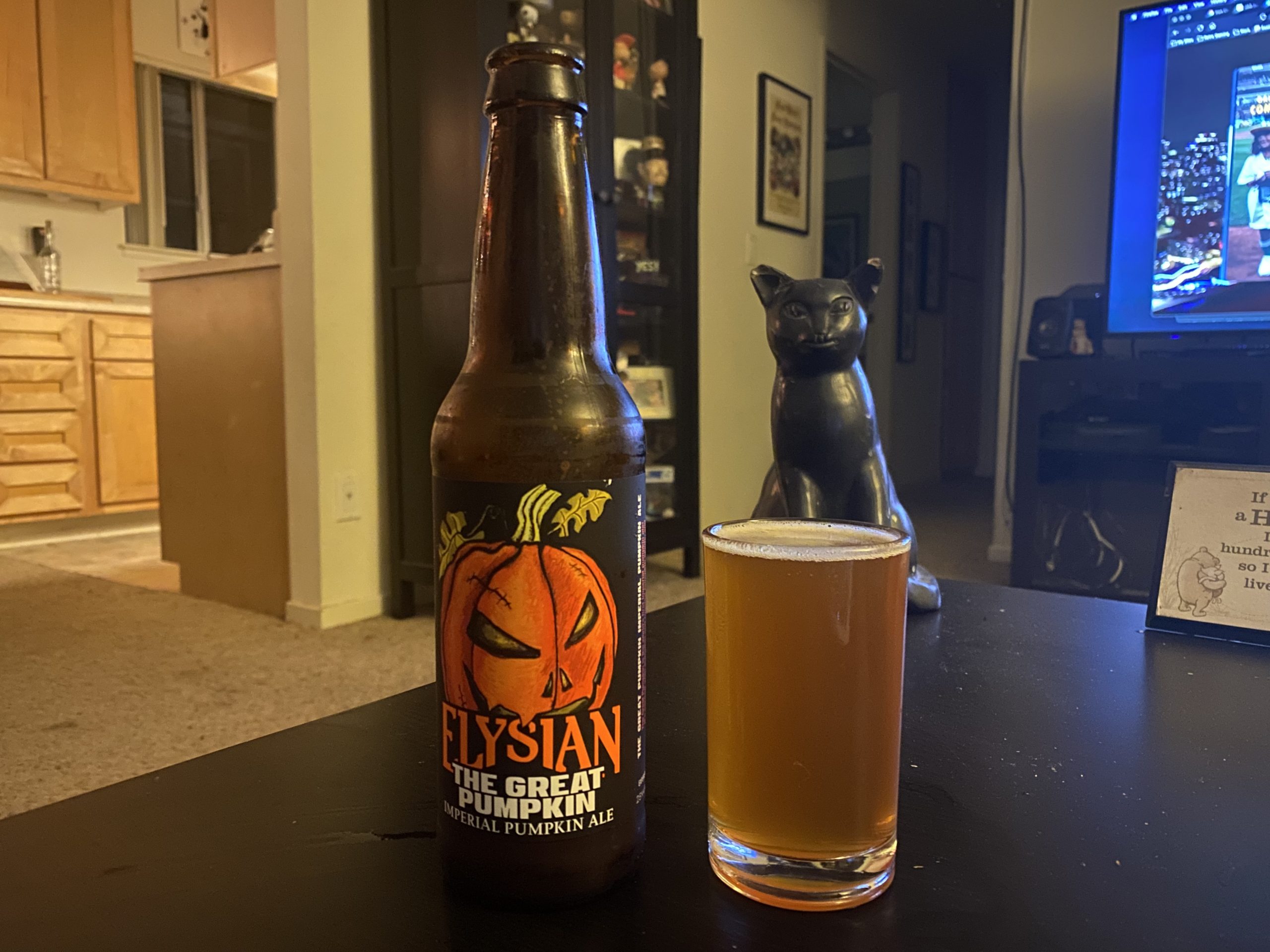 SCENT: Pumpkin, as if you hadn’t guessed

This is better than the Night Owl and the best of the two lighter-colored ales the pack had to offer. Whereas the other one felt like a cocktail or a shot, this one is more of a “beer” and complex with a lighter cinnamon flavor rather than artificial cinnamon. Very nice finish on the back end. Perfect fall ale.

We didn’t have much faith in this year’s Elysian Pumpkin Pack. We kept eyeballing it all September and we were dreading the tasting — but we were pleasantly surprised. The pack, while seasonal and appealing at the right time, would fit right in at Halloween, Thanksgiving, or a great fall get-together. The only issue is that the two darker beers taste about the same and the two light amber beers also taste about the same, so the variety might not totally be to your liking. Despite that, there’s a lot of fall flavor to be had here and we enjoyed it.

HEAR OUR FINAL THOUGHTS AS WELL AS OUR GENERAL CONVERSATION HERE:

NEXT WEEK: To be announced…