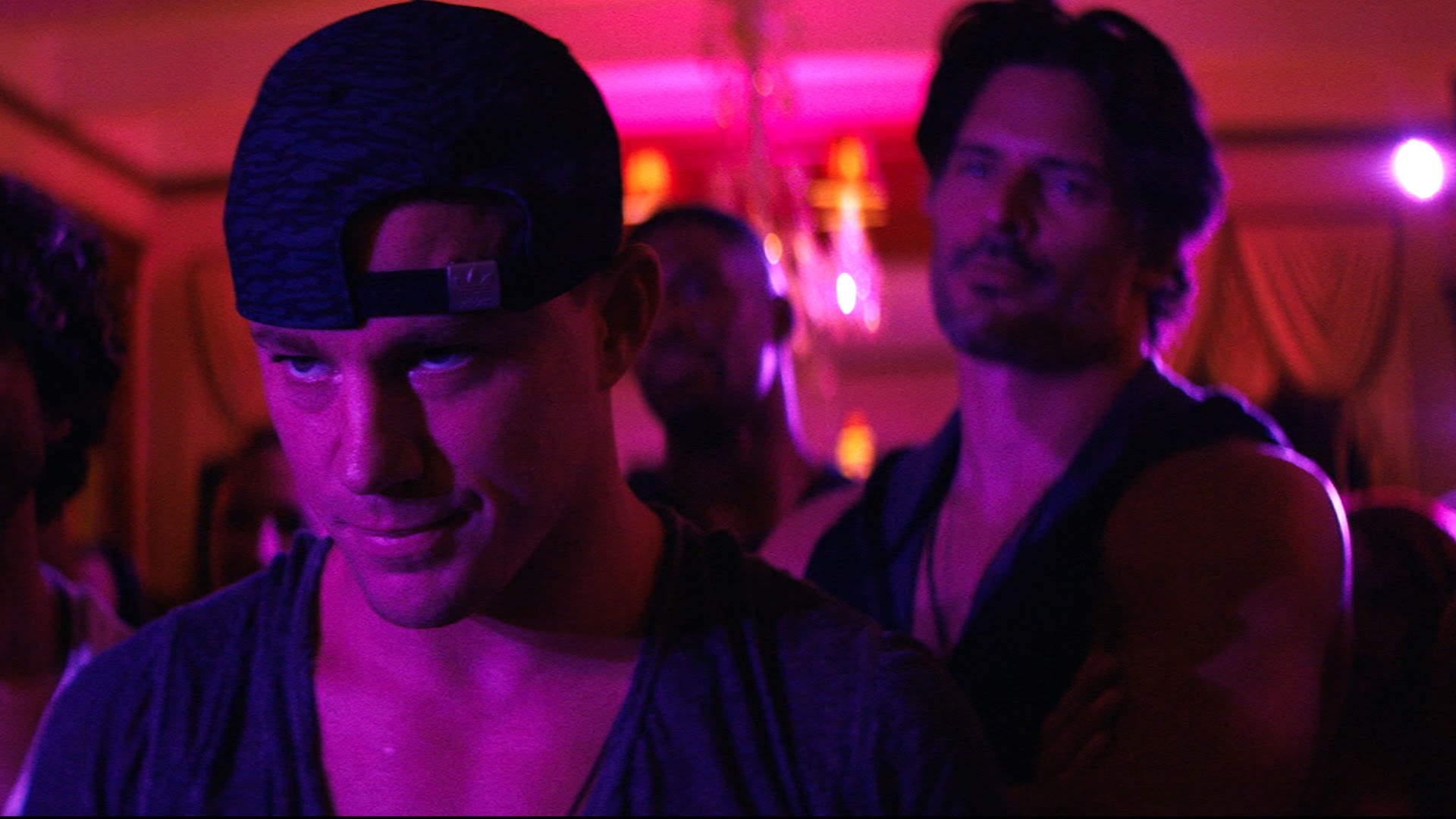 Audiences were given a treat three years ago when Magic Mike exposed itself to theatergoers. While the target audience received their expected fan-service in grinding beefcakes and bulging biceps, they also experienced a very honest, down-to-earth film from veteran director Steven Soderbergh whose films include the three Ocean’s Eleven films, Traffic and the great Out of Sight.

The film, produced on a $7 million dollar bare bones budget, was acclaimed by critics and went on to gross over $160 million dollars worldwide.

Three years later, Magic Mike XXL finds the titular character (Channing Tatum) as a successful small business owner, running the custom furniture store he envisioned in the original film. While it’s far from perfect (he can’t afford to pay his help medical benefits and the business is growing faster than he can keep up), Mike lives a relatively happy life. It isn’t until he gets a call from “Tarzan” (Kevin Nash) telling him that “Dallas” (an absentee Matthew McConaughey) has passed away that he decides to have a reunion with his old friends.

As it turns out, Dallas isn’t really dead. He just took Adam (an also absentee Alex Pettyfer) and decided to peddle his wares overseas. Added to this, the death ruse is a shrewd chance for the former “Cock-Rockin’ Kings of Tampa” to pitch Mike an idea: one final hurrah before they all move on to greener pastures. At first, Mike isn’t enthused by the idea, having settled into a “normal” life with Brooke (Cody Horn, also invisible to the film) and his business. After a night of realization and rediscovering his passion for dance, Mike hops aboard a converted food truck with his mates and they all head for a giant Floridian “Stripper Convention” which we all know exists for the sake of the film.

There might be a complaint or two that the film has no real point. That analysis would be as dismissive as they come and a gross error. There’s an old saying that “the journey is the reward,” and that’s probably the perfect way to describe Magic Mike XXL. It’s delightfully unpretentious and just as honest as the first film. Whereas the first film was about an overgrown boy who became an adult in the most suspect environment, this film revels in the good times and nostalgia without seeing the characters we love overdose or have an accident with a weapon or some tragic mishap that comes standard with your usual road film.

Instead, we learn that Mike’s crew are, in fact, just like Mike with the same lofty aspirations and pipe dreams. Tito (Adam Rodriguez) is running a yogurt shop with Tobias (Gabriel Iglesias) while Tarzan has an affinity for oil painting and Ken (Matt Bomer) is a positive life coach. Even when they’re in character, their intentions are (mostly) noble. At one point, Mike tells Richie (Joe Manganiello) that he wants new material for the show because, let’s face it, everything they used to do was programmed into them by Dallas. Mike envisions the crew going out like a legendary rock band that plays their greatest hits with epic pomp and circumstance. Richie is unconvinced with Mike’s idea and disagrees. He likes the familiar and he enjoys his routine. Mike explains to Richie that they’re in the business of “making women smile” and taking them out of their dull love lives:

“I saw a girl at a party who was with her boyfriend, some guy who looked like he wasn’t giving it to her well enough…and I got up there and started to grind…the whole time, I was imagining what I wanted to do to her…and that was ‘Pony’.” It’s here that Richie undergoes a transformation and rediscovery of his own — in a way that I cannot and will not spoil simply because it’s one of the best moments in the film and also sets the tone for the rest of it.

The film is directed by Soderbergh understudy Gregory Jacobs who has the unenviable task of filling Soderbergh’s shoes — but does his level best giving us the look and feel of one of his films. Florida’s sun-drenched hues and vividly-colored nightclubs look just as striking as a girl’s night in a secluded trust-fund mansion that screams the word “money”.

It’s a film that’s aware that it lacks a master at the helm or Matthew McConaughey’s larger-than-life personality — but makes up for it with a brilliant team effort and a spirited emcee replacement in “Rome” (played with welcome Girl Power Feminist gusto by Jada Pinkett-Smith), the owner of a Savannah dance hall who Mike new in his previous years. This all culminates in a big, throbbing, bombastic climax in front of hundreds of women in a hotel convention hall and that finale, by itself, is worth the price of admission, delivering more thrills in ten minutes than Fifty Shades of Grey did in one film and four books.

Overall, Magic Mike XXL feels like a giant party you were extremely fortunate to be invited to. It’s one where the host and his friends actually enjoy your company and leave you with a very content smile on your face.