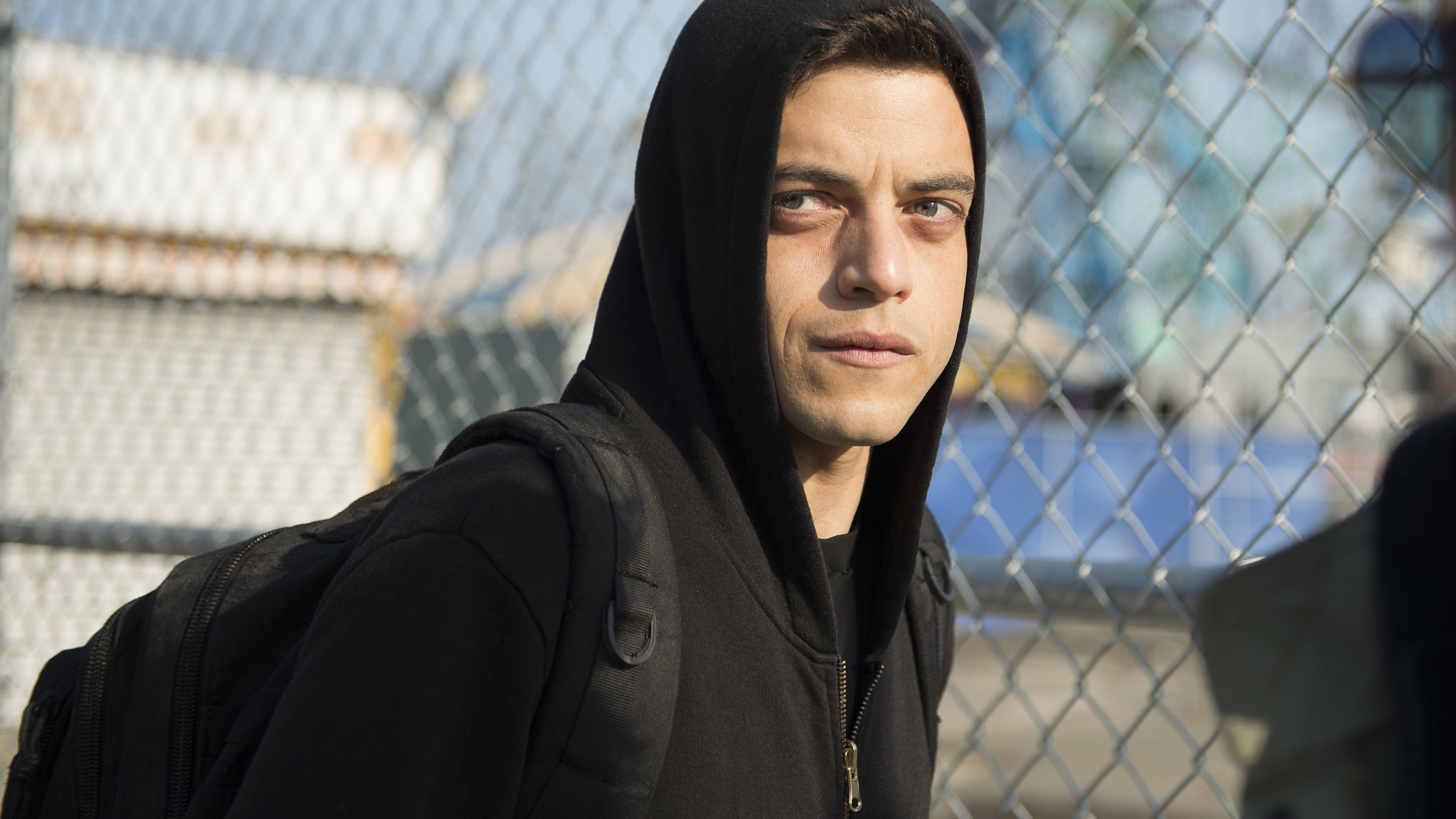 When we last left Elliot, he had walked into Evil Corp’s Skyscraper Meeting Room of Doom and had come face to face with their true mastermind, Tyrell Wellick (Martin Wallström).

This episode picks right up where we left off as Wellick congratulates Elliot and asks him to join Evil Corp in a moment not dissimilar to Darth Vader attempting coax Luke to the dark side. Of course, Elliot, being the guy he is, asks to think about it…and think about it he does.

On the flip side of the coin, “fsociety” is kinda peeved because Elliot still has the code they used to hack Evil Corp and won’t give it back. And Mr. Robot wants Elliot to join their cause and destroy the world to rebuild it which isn’t really in Elliot’s interest.

Meanwhile, we spend the entirety of the episode wondering which side Elliot will choose and the lack of suspense is apparent from the word go. This is a step down this week and that’s unfortunate. We learn that Angela’s boyfriend, Ollie, is still a cheater who is seeing a brunette who’s not above showing some boob to get Ollie hot and bothered. Too bad Angela doesn’t know, huh? I’d care more if Ollie and Angela were more developed but they’re flat as pancakes because the show’s busy sporting Elliot’s droning monologues which go on and on and on and feature choice cuts like, “I must make a choice” and “am I paranoid” and “I can’t expose (name of friend here) to what’s going on just yet

I wish there was more to report on but this episode didn’t really go anywhere and featured a really strange and awkward ending (involving Robot shoving Elliot off a wall at the pier they’re hanging out at) that will make sense to us all the next episode.

On the plus side, this episode was much more tightly-directed and featured a stand-out scene between Elliot and his therapist. Elliot becomes increasingly edgy as he quits the drugs he’s on, cold-turkey. What follows is an acting tour-de-force where his therapist forces him to confront his demons and make the choice that benefits him.

My main problem with the show is the same I had the last time around: it’s not subtle at all and, depending on your mood, there are some set pieces that are gonna impress you or aggravate you. I was aggravated by one bit where Mr. Robot was dressed in a mask, giving a voice-modulated speech to the masses, a’la “Anonymous”. A modicum of metaphorical subtlety…is it too much to ask for?

The other issue is half the Internet is already calling the ending: Mr. Robot and Elliot are one in the same and the series will end with a societal meltdown and shift just like Fight Club. It’s hard to deny that the show’s going this direction. There are so many little thing that are pointing that direction.

Let’s hope that Mr. Robot recovers this week because the show was so promising last week.