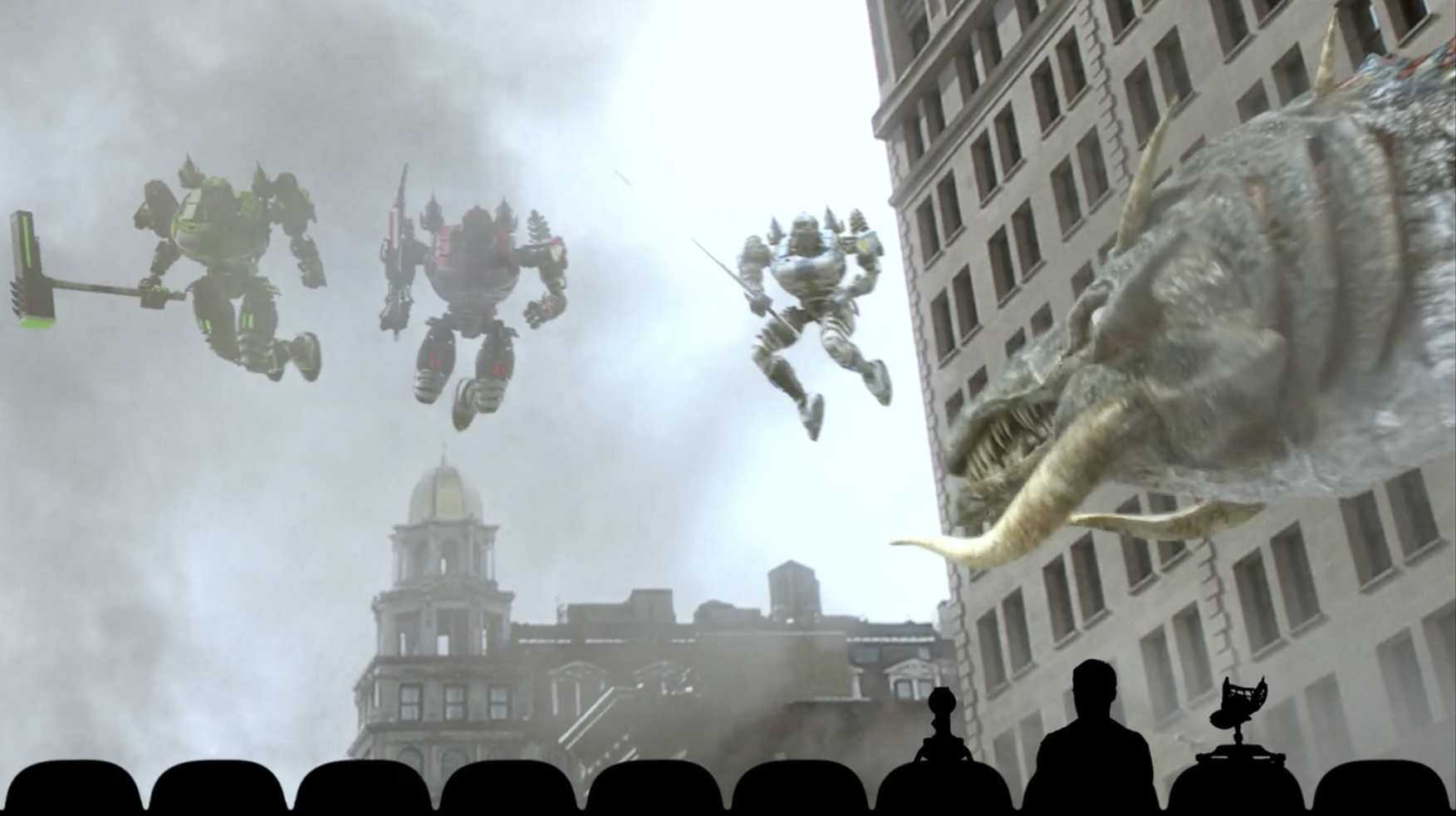 The Asylum is clearly trolling. They’ve taken hits for their trolling. Yet, they have a following. These are the guys who produced all the Sharknado films we’ve come to know and…accept, I guess. They’ve also produced films about tarantulas that spit lava. And this has They’ve produced all the shitty films Uwe Boll has dreamt of producing, yet Boll, who spends the equivalent of probably 20 Asylum films to bring you gratuitous shots of busty women playing volleyball before they get eaten by zombies who get beaten by robots. We trash Boll while eating up giant sharks battling giant octopuses and we just accept that The Asylum ripped off Pacific Rim, even though Pacific Rim isn’t exactly an original concept in and of itself…where the hell was I going with this? Look, MST3K is just gonna do this film whether you want them to or not…just accept it. Also, Uwe Boll sucks. It’s one of his films that should have ended up here, not The Asylum’s. Ba-boom! 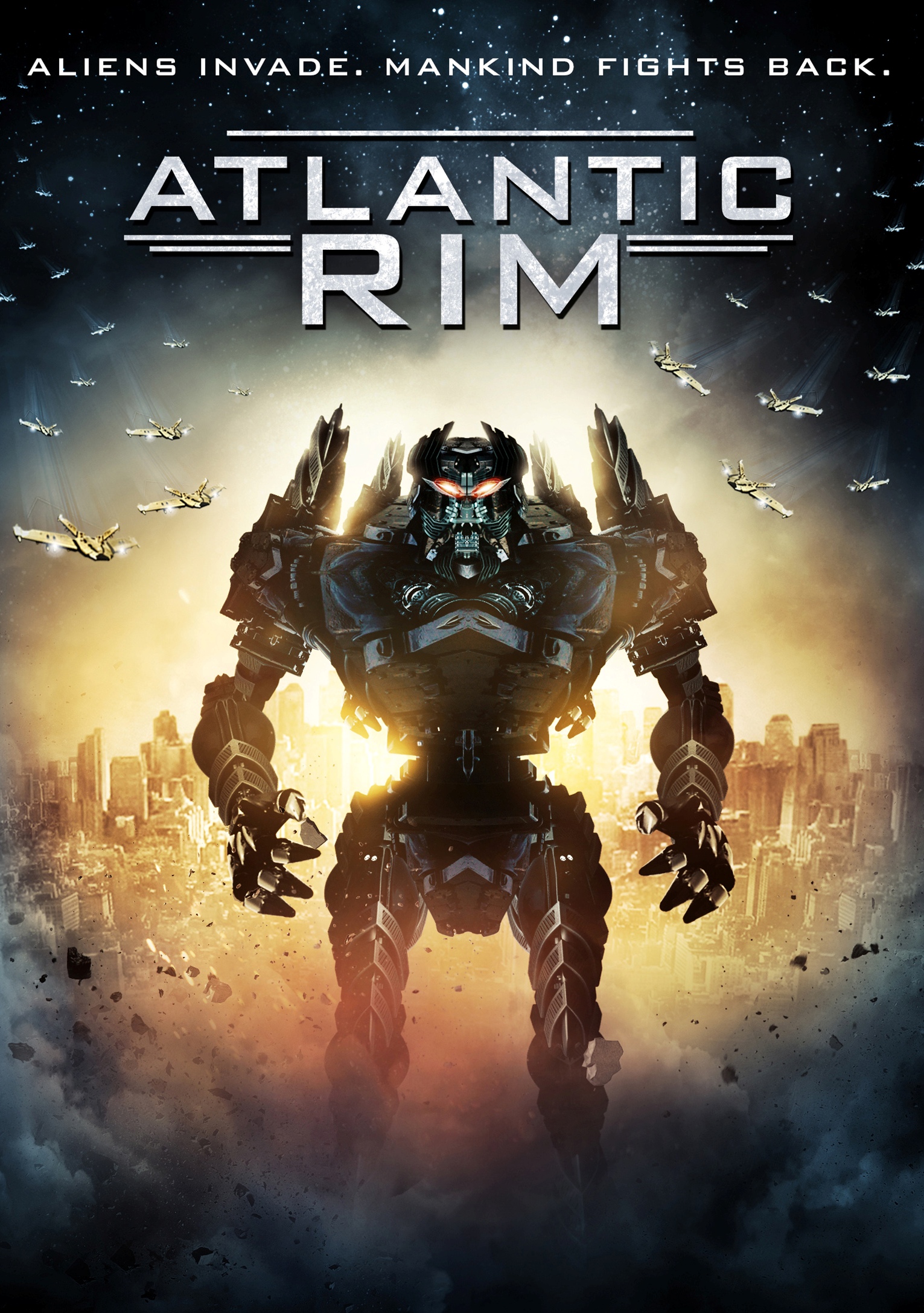 RiffTrax did a great job with Sharknado and Sharknado 2. After that, anything other Asylum feature RiffTrax covered felt gratuitous. Thus, I really had mixed feelings about MST3K covering Atlantic Rim. You could almost hear Mike Nelson and company assuring Joel that covering an Asylum feature would be a blast. And I suppose it’s fun watching Joel’s company giving it the ol’ heave-ho. It’s not that this movie doesn’t deserve the MST3K treatment…it’s that The Asylum is basically making cheap, shitty movies on purpose and, essentially, this is free advertising for them. It’s not that the other five films aren’t shitty, it’s that films like Mac and Me and Lords of the Deep had conviction and you could tell some effort was put into the concept of those films. By comparison, the inclusion of Atlantic Rim is a bit too corporate for my taste and goes against the charm MST3K offers.

That said, the riffing works, though not every joke hits here. The riffs are the funniest when the action is hot. Jonah and the Bots’ treatment of Red’s machismo and veteran actor Graham Greene’s penchant for overusing the phrase “get on the horn” every ten minutes is a riot. If Mac and Me had “pretty nice” as the newest addition to MST3K’s ongoing vernacular, you can add Red’s “Ba-boom” and Graham Greene’s “Bullbutter” to the mix. The biggest issue with this episode is that the movie is a brainless, rapid fire mess, something that Crow (Hampton Yount) points out near the end, so the movie really almost ends up making fun of itself and there are moments where the jokes fall flat because they’re less jokes and more observations.

The episode also takes a slight step down in quality in terms of the sketches which, while funny, are not as well-conceived as the ones we saw in the first episode: in the first sketch, we get Kinga and Max forcing Jonah and the Bots to produce an impromptu song that’s on par with Season 11’s “Every Country Has a Monster”. What follows is a mess of impromptu lyrics reminiscent of Joel and the Bots’ attempt at the mockery of the song from Pod People but it feels more like fan service more than an original idea. The second sketch has the boys on the SOL comparing medal stories in true Broski fashion, a’la the film’s main character Red, and it’s cute but nothing terribly special.

I might get beat up for this but Atlantic Rim is not as good as the Season 12 opener, Mac and Me. Where the last episode was more composted, Atlantic Rim is controlled chaos. — though don’t let that fool you. It’s just a SLIGHT step down from the last episode. The show is still amusing and I had to stop recording some of the best lines purely because there were so many. 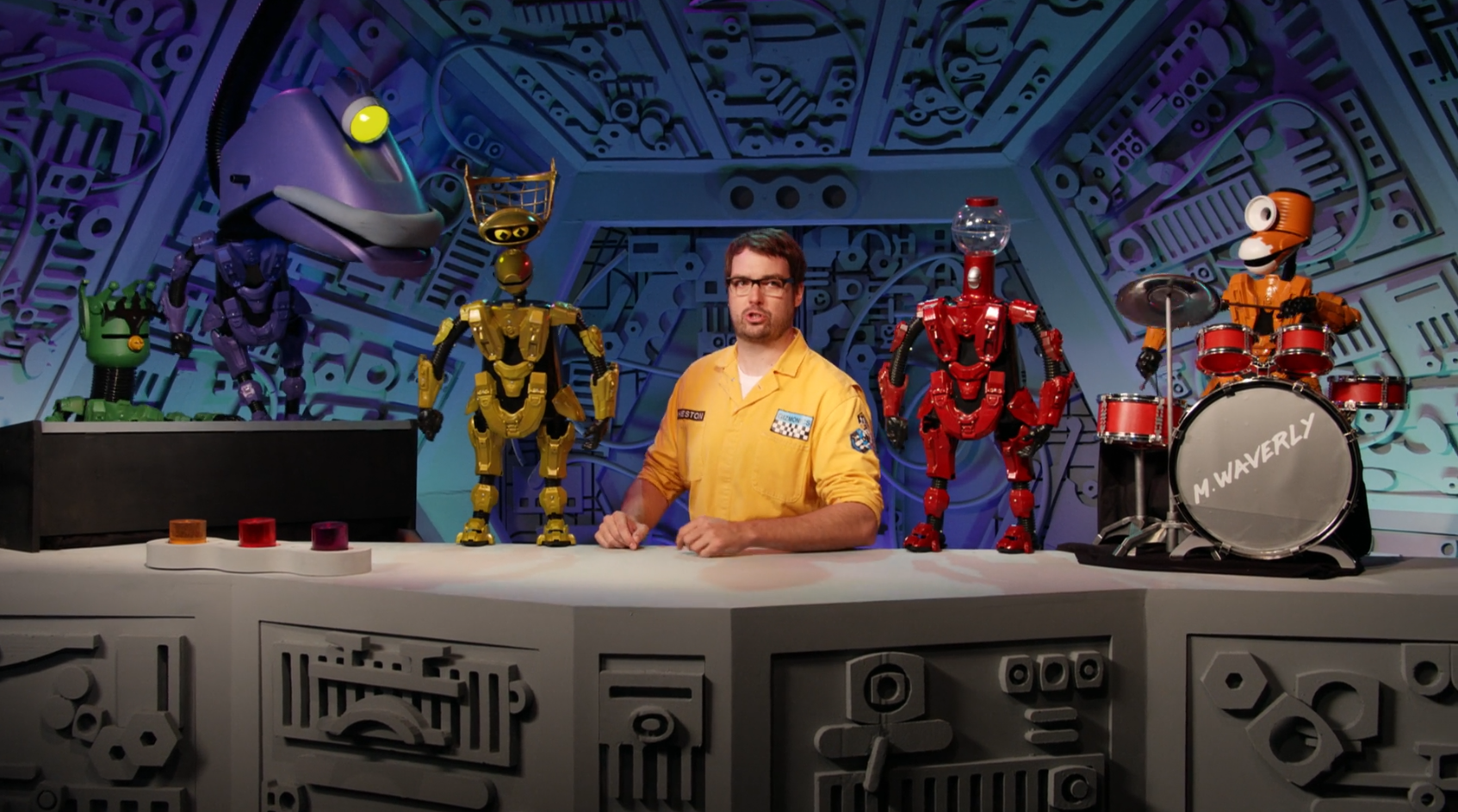 (We get an establishing shot of a decrepit looking oil rig in the middle of the ocean.)
CROW: It’s Crappyland! The world’s saddest, most isolated amusement park!
JONAH: This movie’s “rigged”…

(A submarine with yellow accents dips down underwater.)
JONAH & THE BOTS: WE ALL LIVE IN A PARTLY-YELLOW SUBMARINE.

(We get an establishing shot of a base obviously composed of CGI matte work)
CROW: Meanwhile, in Metal Gear Solid 5…

(We get a shot of a card driving away from “New Orleans during Mardi Gras”…the road is perfectly clear.)
CROW: Darn this Mardi Gras traffic!
(JONAH imitates a honking horn.)

(Shot of giant robot suit from chest up.)
JONAH: More like Optimus SUB-prime…

DR. MARGARET ADAMS: Who would take down an oil rig?
CROW: Robert Mueller?

(The soldiers are in hot pursuit of a monster, but are losing the signal)
JIM: It just disappeared from my sonar, I don’t have anything here. Anybody else readin’ anything?
CROW (as Stone): Uh…”Lincoln in the Bardo”?
JONAH (as Hadley): Just read “Cash” by Johnny Cash!
SERVO (as Adams): Danielle Steele?
CROW: (as Wexler): I’m into podcasts…

HADLEY: He’s headin’ toward the coast! The whole world’s about to learn about Project Armada!
JONAH (as Hadley): …featuring Herman Menderchuck…
HADLEY: Call off the entire fleet! Get me a battalion up and ready to be deployed on the East Coast! I got a damn feelin’ we’re gonna need ’em!
SERVO (as Hadley): Get me more horns!
(Cut to some random guy yelling orders into a phone.)
GUY: Send in the SEALS, send in the Green Berets, you need to send EVERYBODY!
CROW: Who was THAT guy?!
(Jonah and the Bots laugh to themselves.)

(RED is battling one of the creatures.)
RED: This thing’s all over my ass, man! He’s gonna tear me up!
CROW: Excuse me?!
JIM (to base): Hey! Send someone in there! He’s gettin’ killed down there!
(CREATURE uppercuts RED.)
JONAH: HADOUKEN!!!
(Cut to base where Hadley, Adams and Wexler are watching.)
SERVO (as Hadley): That thing’s all over him…
CROW (as Adams): …tearing him up…
JONAH (as Wexler): …especially his ass…

RED: We don’t have a CHANCE down here!
(Cut to Navy stock footage.)
SERVO: The Navy has the career training you need!
(Cut to Deck Attendant guiding a jet.)
CROW: Doing THAT thing!
(Cut to a jet attaching to a slingshot.)
JONAH: Look at THAT! Wow!
(Cut to a jet from behind.)
CROW: THAT’S cool!
(Cut to a flight deck attendant checking out a jet’s wheel base.)
JONAH: THAT seems heavy!
(Cut to attendants lifting missiles and attaching them to a jet.)
JONAH: WHOA! That’s a BOMB!
(Cut to a jet taking off.)
JONAH AND THE BOTS: THE NAVY!!!
(Wexler salutes as the jet flies by.)
SERVO (as Wexler): Godspeed, stock footage!

(RED continues to fight the CREATURE.)
JONAH: Fun fact: Andy Serkis is playing BOTH of those characters.

(Shot of the nearby city, on fire.)
CROW: Ah, Baltimore has never looked better…

(Emergency vehicles roll in and a line of work trucks follow in.)
SERVO: Great! Comcast FINALLY showed up…

(A soldier runs in and sees all the bleeding corpses lying around.)
JONAH (as soldier): REPORTING FOR DU–ohhh boy…