‘Nightcrawler’ is a satire gone awry 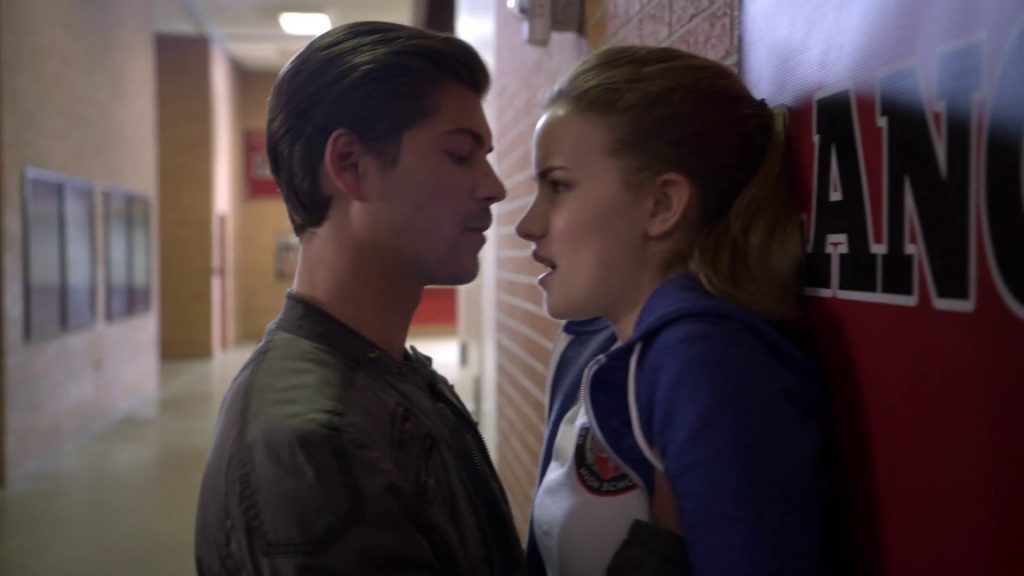 “Now I like you, Nina. I look forward to our time together, but you have to understand that $25,000 isn’t all that I want. From here on, starting now, I want my work to be credited by the anchors and on a burn. The name of my company is Video News Productions, a professional news gathering service. That’s how it should read and that’s how it should be said. I also want to go to the next rung and meet your team and the anchors and the director and the station manager, to begin developing my own personal relationships. I’d like to start meeting them this morning. You’ll take me around and you’ll introduce me as the owner and president of Video News and remind them of some of my many other stories. I’m not done. I also want to stop our discussions over prices. This will save time. So when I say a particular number is my lowest price, that is my lowest price and you can be sure I’ve arrived at whatever that number is very carefully. Now when I say I want these things I mean that I want them and I don’t want to have to ask again. And the last thing that I want, Nina, is for you to do the things I ask you to do when we’re alone together at your apartment, not like the last time.”

Jake Gyllenhaal channels his inner misanthrope for “Nightcrawler”, a satirical thriller that longs to be Network for the social media age but ultimately falls victim to its own awkward indecisiveness.

Gyllenhaal plays Louis Bloom, a dishonest man who lives and breathes honest advice from self-help books and online business studies in a futile attempt to properly live in and adapt to a wholly dishonest world. By day, he stitches the holes in his limited wardrobe and watches endless hours of daytime television. By night, he carelessly pawns what ever he can pilfer or con just to survive. This isn’t something Bloom wants for himself. He simply has no choice. He longs for an honest job but his prospective employers see right through him and know exactly what he is: a sadistic mutation of the American Dream warped by the fallout of the recent economic downturn.

On the way home from a semi-successful pawn job, he happens upon the scene of a flaming car wreck where he meets Joe (Bill Paxton), a man whose career consists of callously filming the worst crime scenes Los Angeles has to offer and selling the footage to the news channel with the fattest wallet. Bloom, who has no moral code to begin with, is intrigued and immediately acquires a digital video camera, a police scanner and a partner in Rick (Riz Ahmed), a kid who shares the same financial woes that have befallen Louis but who has weathered the storm with his conscience still intact.

After a rough start which sees Joe mocking him for his lack of punctuality, skill, and decent equipment, Louis begins to truly learn the business of being a “nightcrawler”. He studies police codes, teaches Rick how to properly navigate the city and actually begins manipulating crime scenes, going so far as to move the mutilated bodies he films for dramatic effect. Louis also builds an exclusive relationship with L.A.’s lowest-rated television station headed by Nina (Rene Russo), a station director who’s seen better days. At first, Louis’s go-get-’em attitude appeals to Nina who, as thanks for raising the station’s ratings, defends his increasing irregular methods while Joe, who quickly realizes that Louis’s tactics are going to drive him out of a job, offers Louis a job as one of his people. It’s here that we get a hint of the rage that lurks underneath Louis’s otherwise calm exterior.

“I feel like grabbing you by the ears and screaming in your face that I’m not interested,” He explains. “but I’m going home to do some accounting instead.”

Story after story, body after body, Louis builds his career and reputation and uses this new-found capital to impose his will on everyone and anyone. Frank (Kevin Rahm) attempts to warn his colleague about Louis but Nina is more concerned with providing ratings to the station. Plus it’s a moot point: Louis has already managed to corrupt and sexually bribe the hapless Nina who only gives up her body because she’s desperate to re-live the glory days.

Even as a satire of journalistic integrity and morals, the film fails due to a severe lack of subtlety. Except for Gyllenhaal, everyone in this fictional world seems to revert to being a stereotype or exists for the sole purpose of spouting some deeply-held belief that runs contrary to Bloom’s madness and Nina’s acquiescence to that madness. “If it bleeds, it leads!”, Bill Paxton proclaims! “We’re crossing a line here!” says Kevin Rahm, adding that Bloom’s ghastly home invasion footage “violates ethical journalistic boundaries!” “You’re really fucked in the head!” Riz Ahmed tells Gyllenhaal, several times, in reference to his horrifying filming tactics. One of the unspoken rules of satire is that you’re not supposed to spell out the overall message.

On a visual level, the film succeeds a great deal. Los Angeles looks pretty with its trademark grainy neon-and-halogen haze, which successfully replicates the alien, neo-noir L.A. Dion Beebe showed us in Collateral. First-time director Dan Gilroy (brother of the more-seasoned Tony Gilroy) wrote the screenplay and really doesn’t do a bad job. But haven’t we seen this sort of thing already?

Even James Newton Howard’s musical score can’t agree with what’s being presented on screen. Nearly every horrifying scene has some leftover queue from Michael Mann’s Heat playing over it and it’s very off-putting.

The saving grace of this film is the performances. This is the part where I’m supposed to lavish undue praise onto Jake Gyllenhaal. I’ve never thought much of him. He was decent in Fincher’s Zodiac (the irony here is that he’s playing the same character, only without scruples) and, maybe Brokeback Mountain. Aside from that, every other thing he’s been in has been forgettable, at best. To me, he’s an actor not unlike that one pitcher in every baseball team’s roster: frustrating and inconsistent, but who also gives you one or two dazzling performances out of nowhere that makes you say, “Ok, this guy’s not so bad.” Critics, in their advance screening reviews, have practically dubbed Gyllenhaal the Best Actor Oscar winner this year. We’ll see. This is, most certainly, Gyllenhaal’s best performance to date — yet, he’s the main reason the movie kept me at an arm’s length.

His Louis Bloom is Norman Bates after three Triple Shot Macchiatos and reading every book written by Dr. Phil. Everything he does is inspired by a statistic, an inspirational quote, or a simple, basic logical reason. The problem is that everything he does is beyond deplorable: attacking a security guard for his watch, threatening his partner with bodily harm after admitting that he’s pretty much psychotic and practically raping Nina. No, we don’t actually see it happen, mind you. All we get is the lead up but Louis’ sick seduction made me squirm just as much as if I were watching the ultimate outcome.

There are anti-heroes in films like these and I’m sure that Gilroy wants to sell Bloom as such. The problem is that an anti-hero has redeeming qualities — and Louis Bloom has none.

It’s reasons like this that I find myself really unable to recommend this movie. Despite having nearly everything going for it, the film is derivative and exhaustively unpleasant.