It’s Friday and it’s time for another beer tasting with my wife, Danielle! This week, we decided to stay home and taste some beers from Fort Bragg, California’s North Coast Brewing Company!

How did their beers score with us? 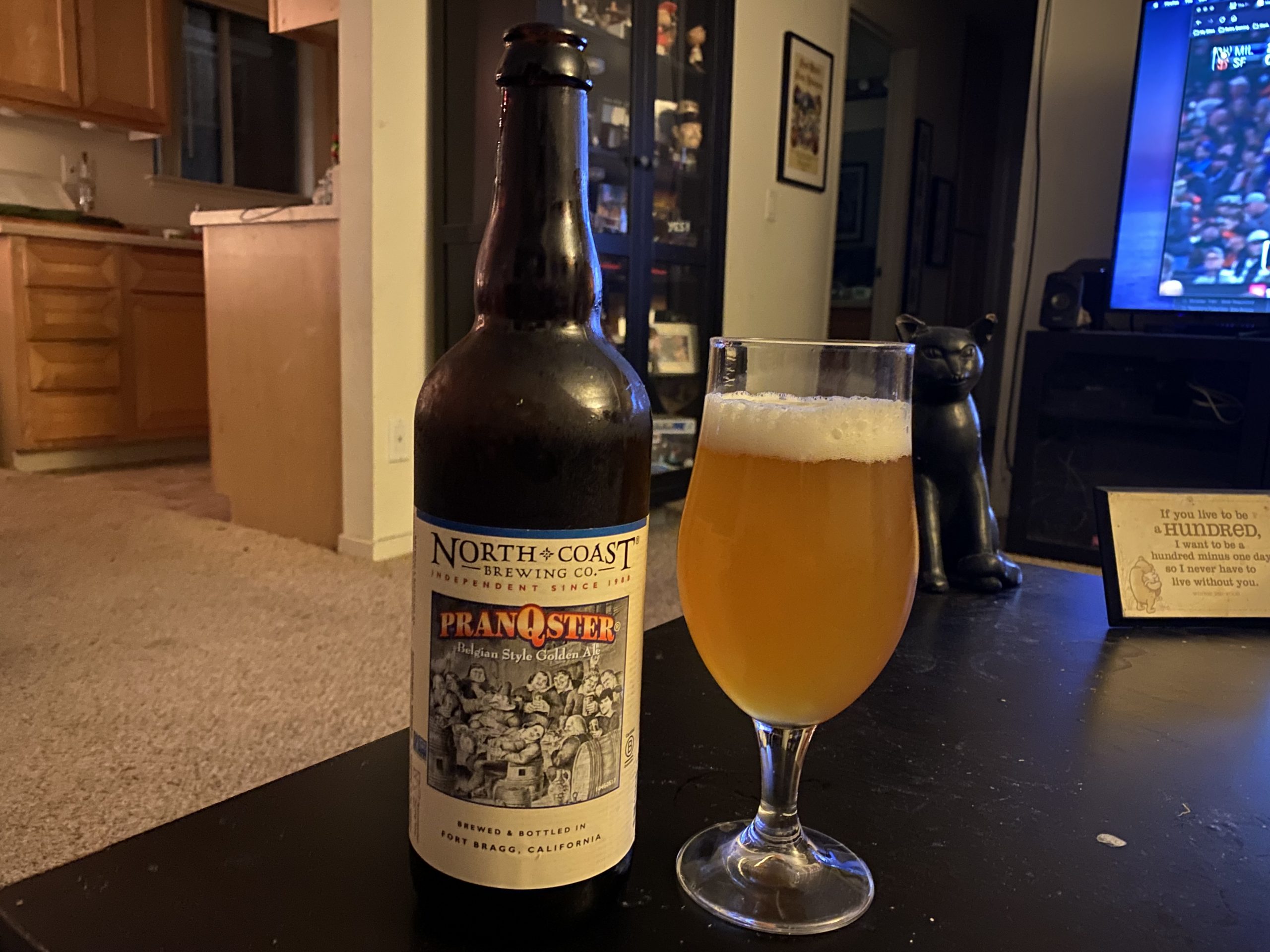 MOUTHFEEL/TASTE: Sweet, banana up front and bubble gum on the back end. Slightly thick mouthfeel. Reminiscent of a Hefe. Some clove.

There’s almost an Aspartame taste on the back end with that bubble gum. You can’t taste the alcohol in it. Danielle thinks the lack of booze makes it dangerous. Very refreshing and almost crushable. Danielle says that this is a beer for those who hate beer. 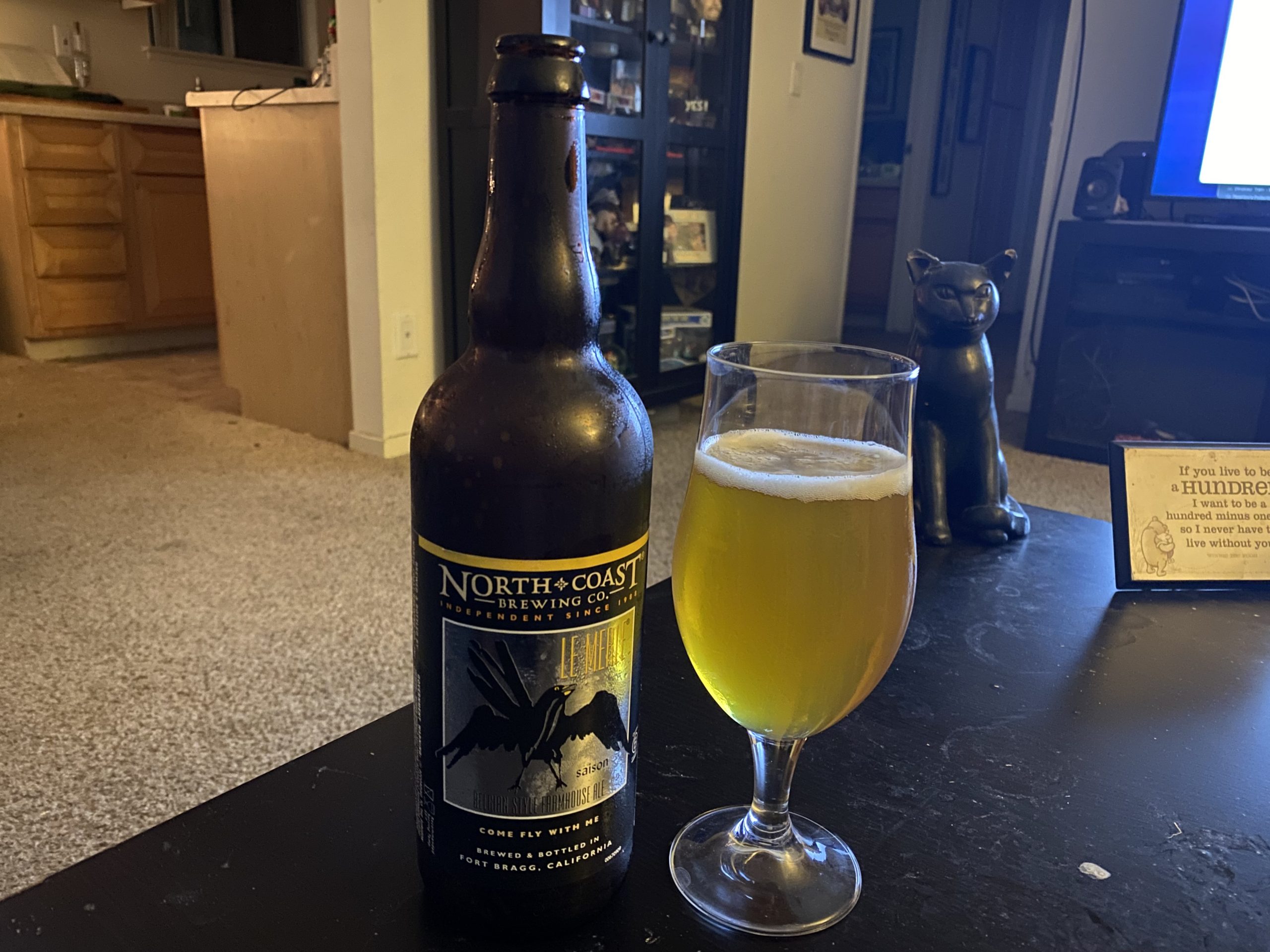 LOOK: A little lighter gold and slightly less cloudy with a thin head.

MOUTHFEEL/TASTE: A little dry and tart, heavy wheat, like tasting a liquid apple

I thought this tasted like a Honeycrisp Apple, nicely offset with the wheat. Danielle liked the tartness of the beer and says this is perfect for the fall and could be served at a Thanksgiving get-together. I’m not usually a fan of Farmhouse Ales but this is good. 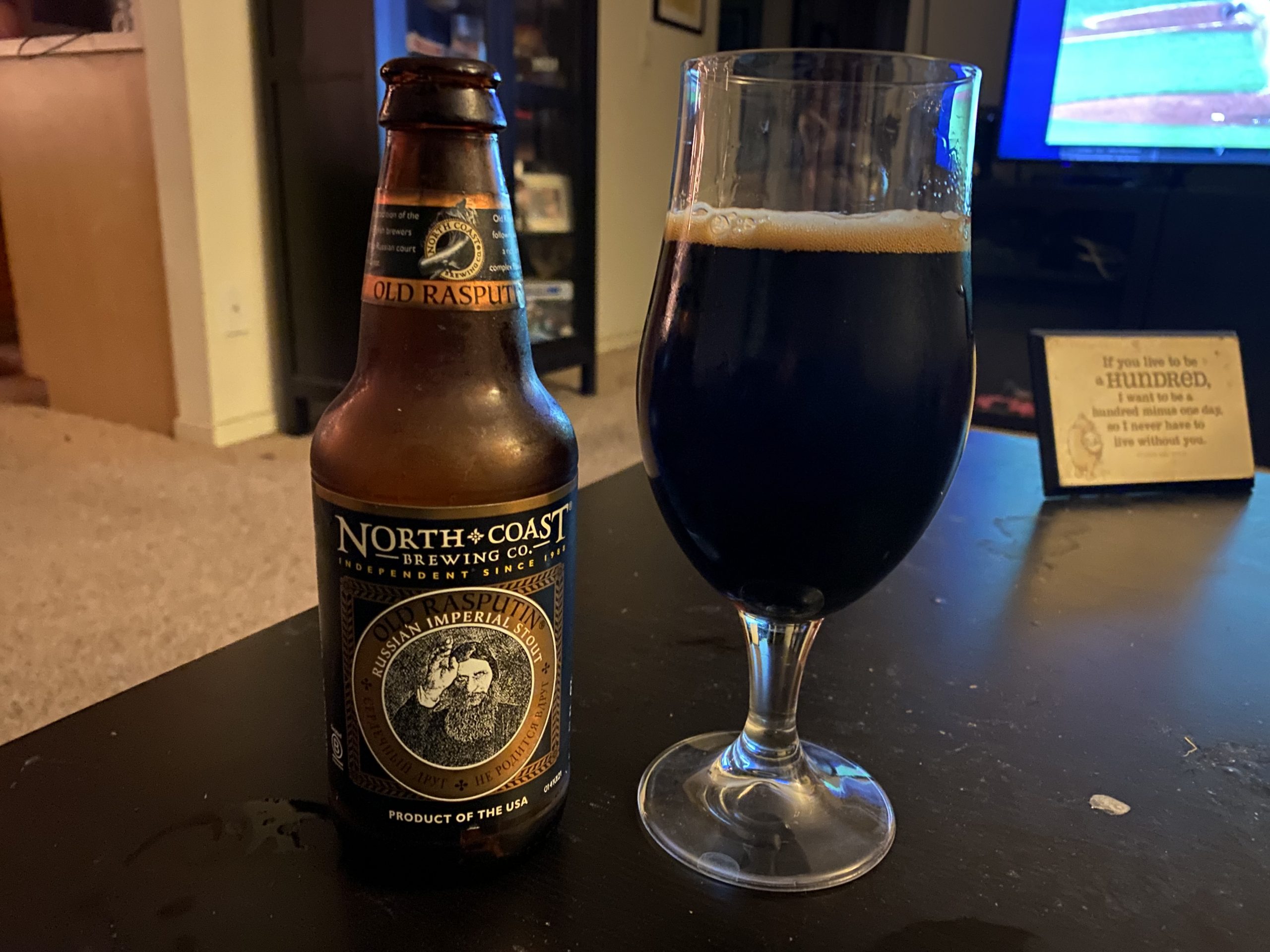 LOOK: Dark, as a stout should be. Thick head that quickly dissipates.

SCENT: Dark chocolate on the nose, but very faint. Coffee as well.

MOUTHFEEL/TASTE: Thick beer with a toffee taste. Not very sweet, however.

North Coast Brewing Company’s stout is very thick. I had this once when I bought it for a Christmas party I threw. It’s a decent stout. It’s not bad, but I’ve had better. Needs a bit of vanilla to balance it out. Danielle likes the dark chocolate flavor, reminiscent of Hershey’s Special Dark. She loves it a lot better than I do. 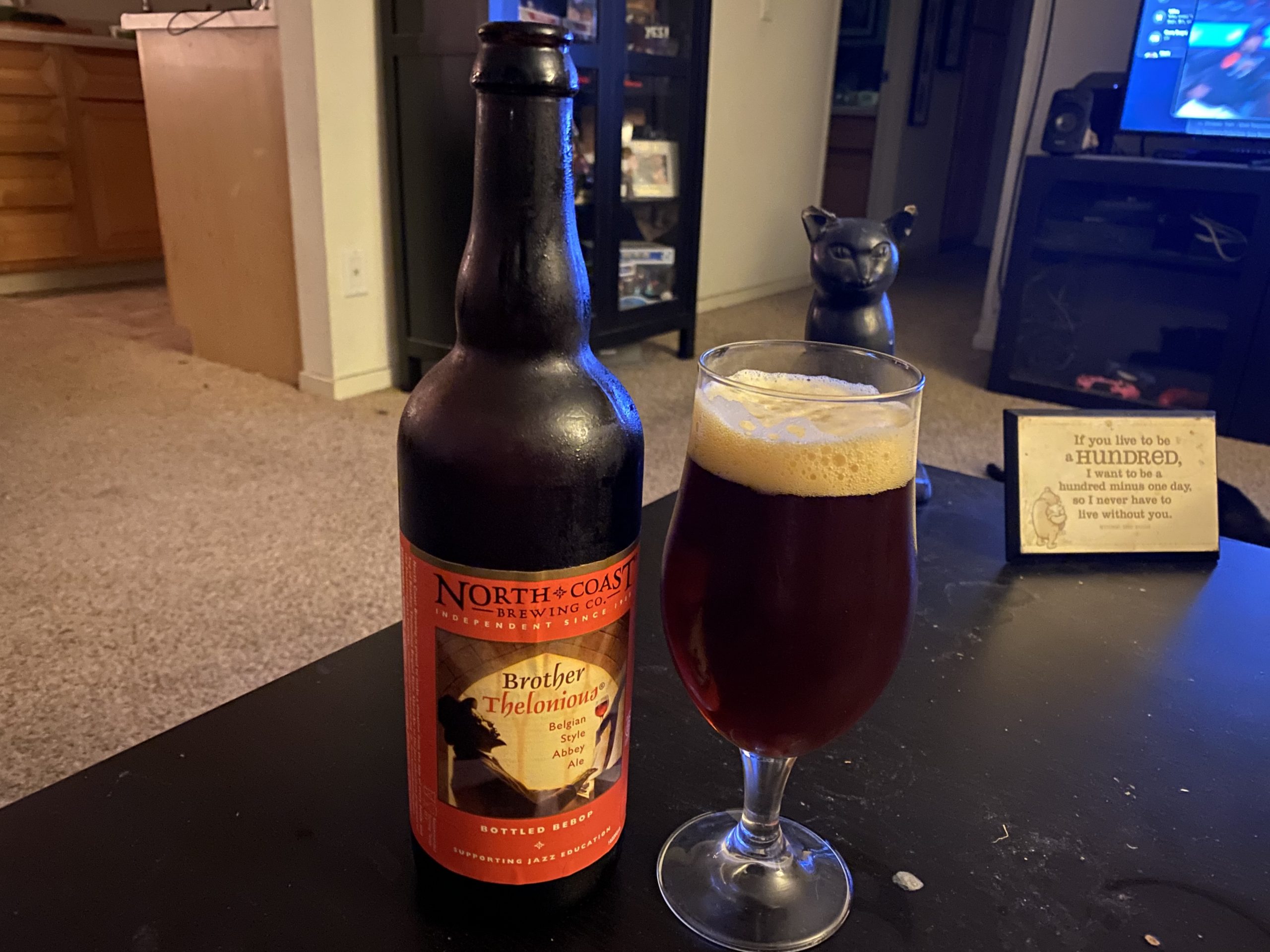 LOOK: Dark amber color with a thick head that stays a while

Named for jazz legend Thelonius Monk, Danielle says it’s reminiscent of a Sangria. I can’t get much fruit here even if the beer screams “FRUIT!!!” “Bitches Brew” is the better “jazz-themed” beer, even though it’s not one of the beers we tasted tonight. Danielle is getting some chocolate. I can’t get that at all. Weird back-end saccharin taste. A bit earthy. Danielle says it’s an odd taste and she can’t get over it.

Our North Coast Brewing Company tasting started well enough and then, ironically, ended on a weird note with “Brother Thelonius”. “PranQster” was the best beer of the night. The two middle beers, Le Merle and Old Rasputin were solid — but safe. You can hear our final thoughts below in our Post-Tasting!

That’s it for this week! Join us next week where we will be joined, once again, by Steven Hutsell as we drink at O’Flaherty’s Irish Pub in San Jose, California!