It’s Friday night, it’s the last week of October, and we are just two days from Halloween! This week, in honor of the holiday, we decided to taste a variety of October beers and Pumpkin Ales!

So…get your favorite beverage, curl up on your couch or favorite chair, kick back, and join us for our tasting of October beers and Pumpkin Ales! 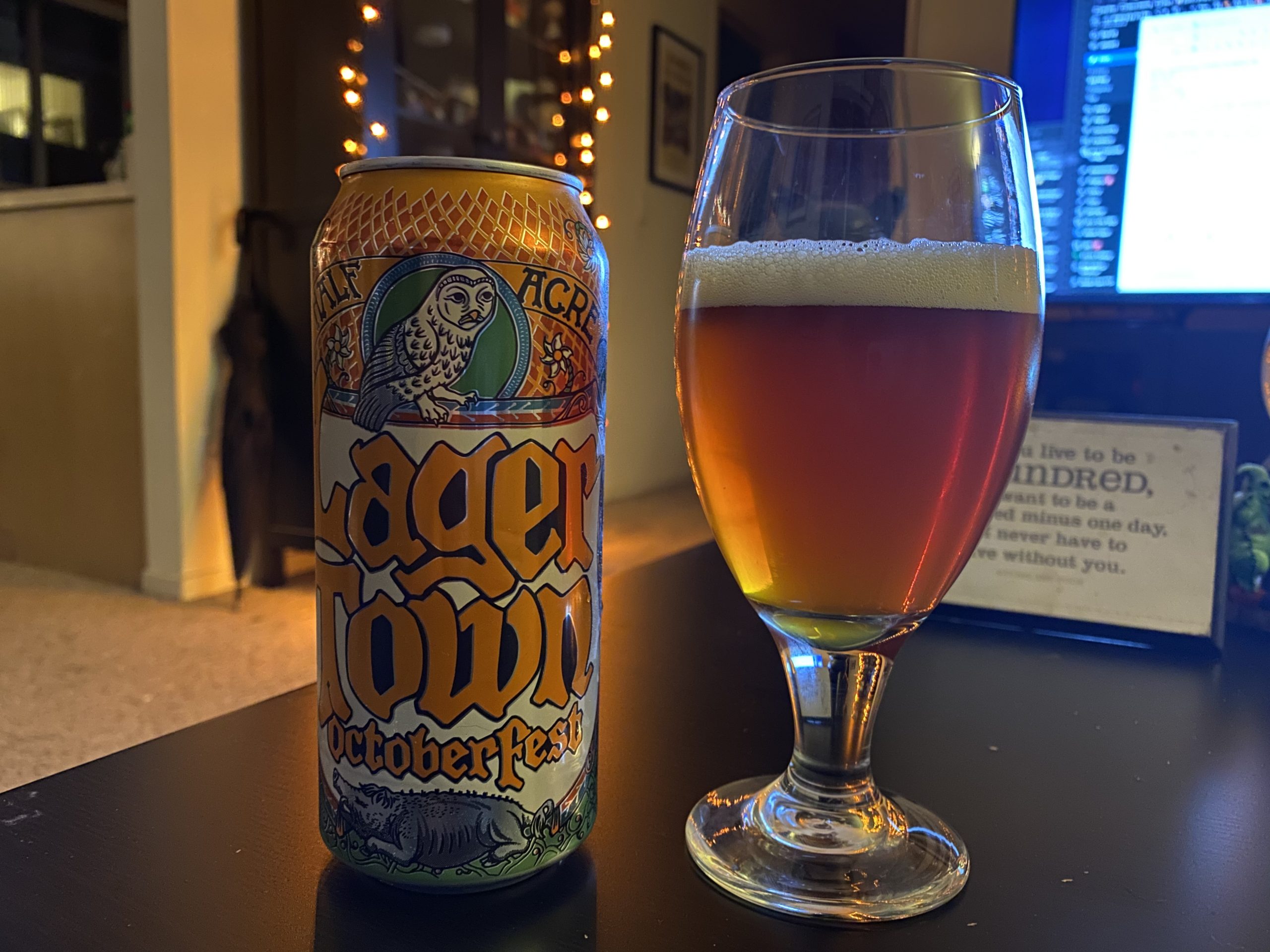 MOUTHFEEL/TASTE: Slightly thick mouthfeel. Some citrus and a little bit of pumpkin. No sign of the sweetness you get on the nose. Heavy spice on the back end like All Spice, Clove, and Black Pepper.

FINAL REFLECTIONS: A nice, refreshing holiday brew. Not so much a lager, unless you count some citrus. It tastes like a Pumpkin Ale, but doesn’t have that big “pumpkin” taste to it. I thought it was a decent start and refreshing. Danielle wasn’t thrilled with the bitterness on the back end. 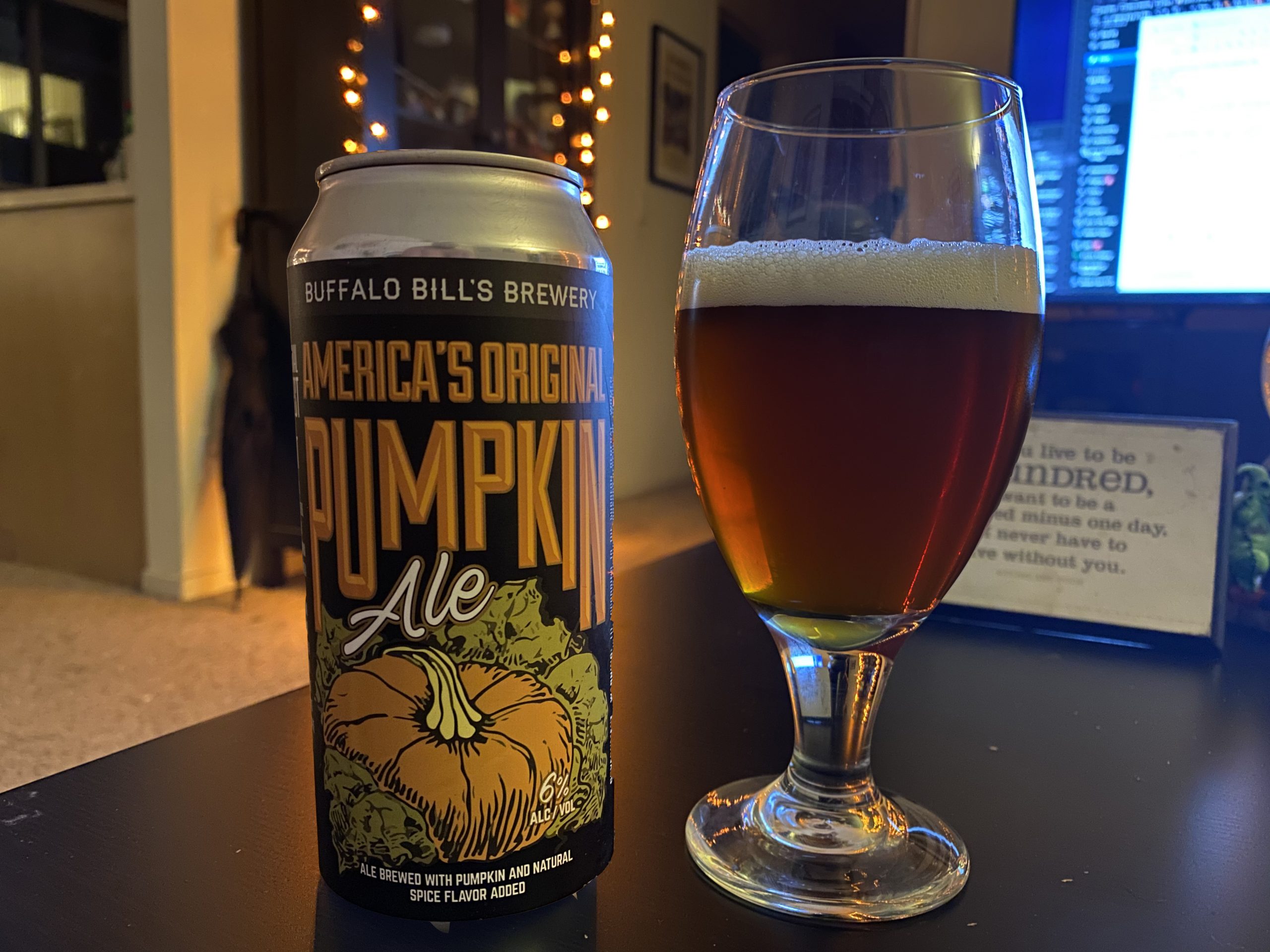 LOOK: Deep and DARK amber color (like tea) with some haze

SCENT: Pumpkin all day with spices

MOUTHFEEL/TASTE: Thick mouthfeel. Tastes like a huge liquid slice of pumpkin pie right down to the spices and sweet vanilla of the whipped cream. Wow.

FINAL REFLECTIONS: This is Fall in a glass. This is an amazing Pumpkin Ale, possibly one of the best I’ve tasted. This goes down like a liquid slice of pie and would go great with a Thanksgiving dinner or a slice of pie. Danielle wasn’t as enthused because she’s not a huge pumpkin fan. 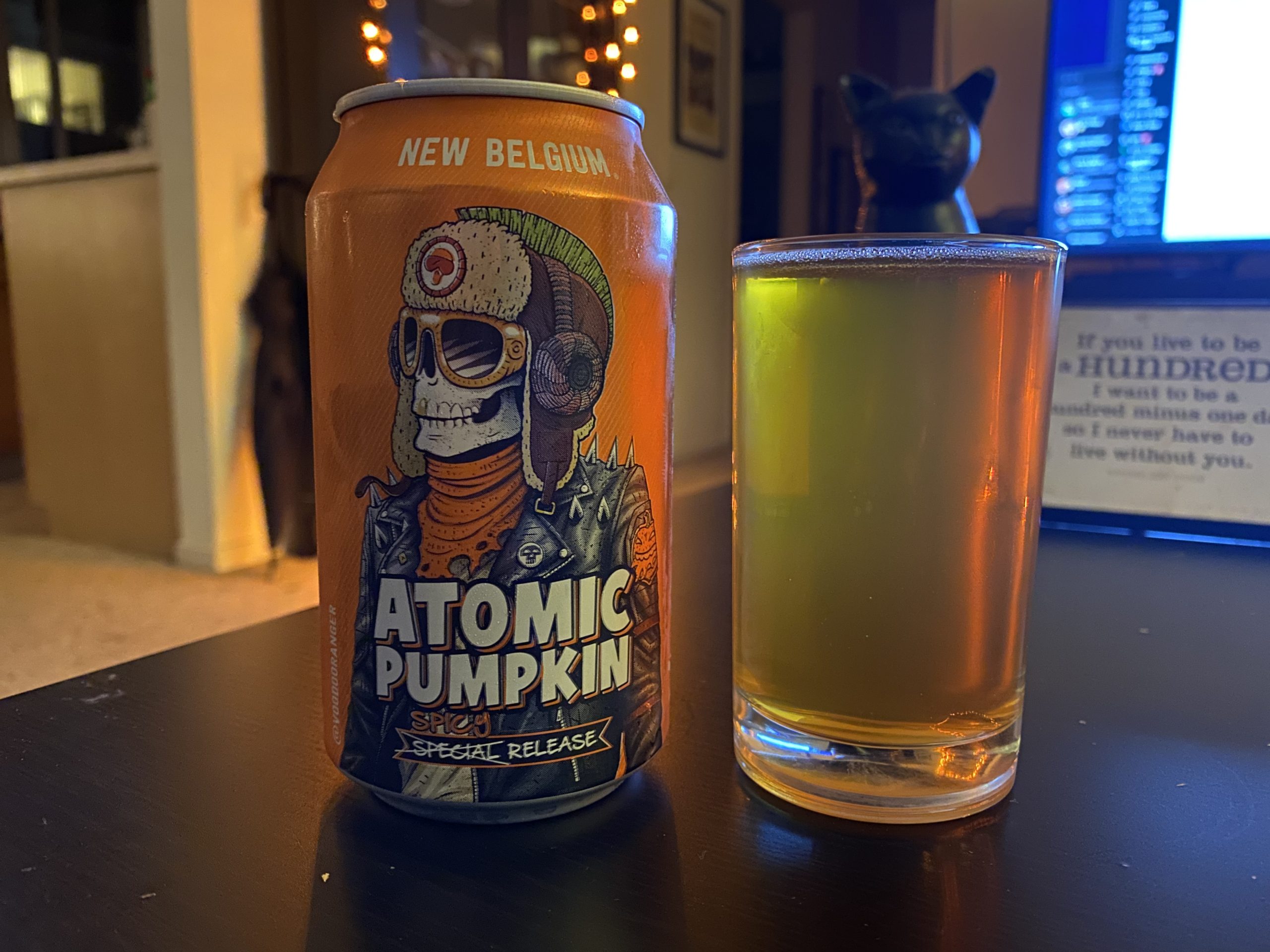 SCENT: Some pumpkin but not as pronounced as the last couple beers

MOUTHFEEL/TASTE: Slightly thick mouthfeel. Crisp, pumpkin flavor with a LOT of spice on the back end, whether that’s cinnamon or black pepper. Almost tastes like jalapeno. Refreshing and dry finish.

FINAL REFLECTIONS: Another good pumpkin ale and a surprise from New Belgium who Danielle and I had written off due to their very flat-tasting, flavorless ales. This is very sweet going down and offset by a very spicy finish on the back end that really sneaks up on you. 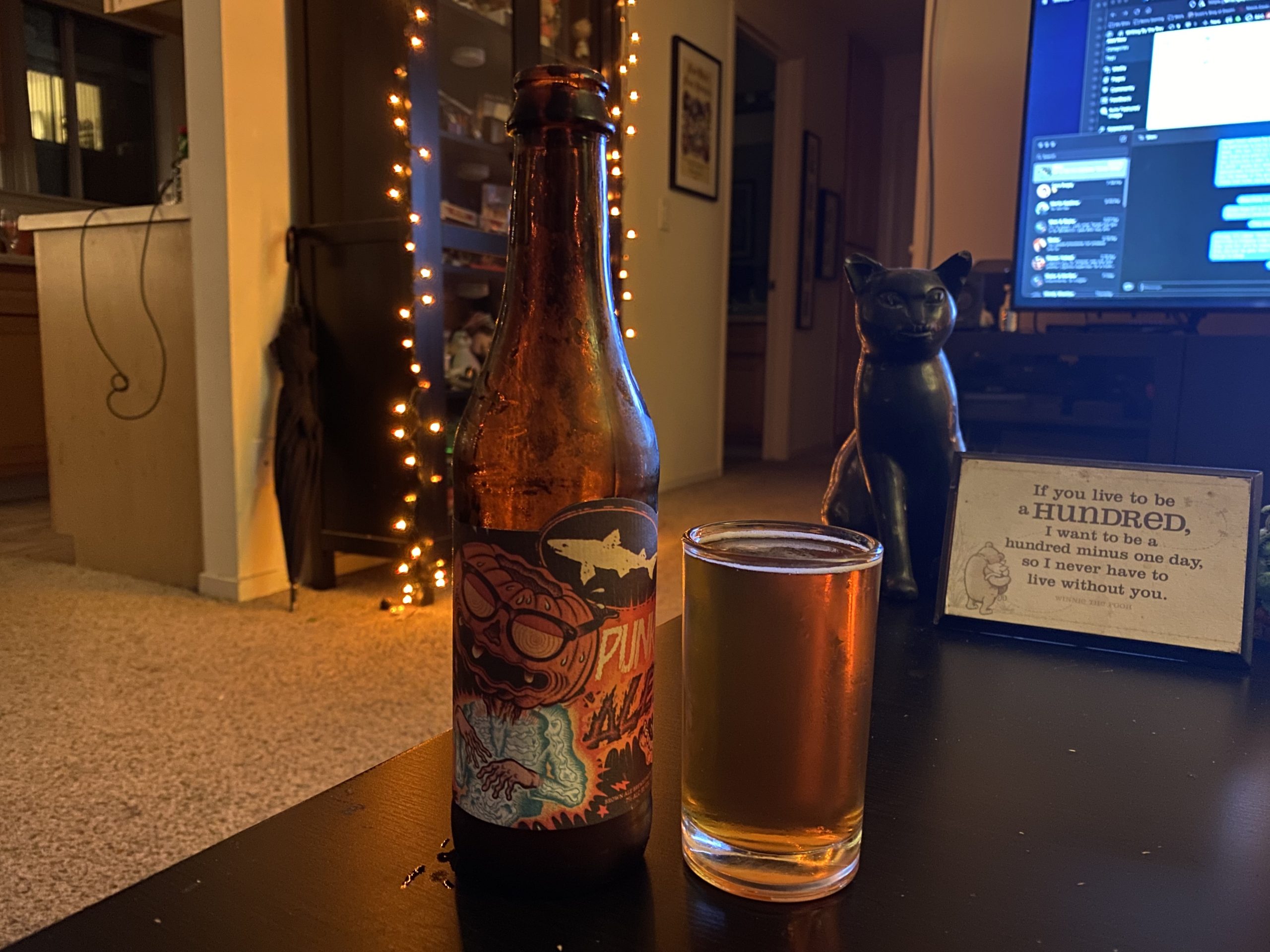 MOUTHFEEL/TASTE: Not very thick. Thin like a lager with very little pumpkin. Tastes like a lager with pumpkin tossed into it and not much thought. Citrus and spice on the back end. Not a great finish with a bad aftertaste.

FINAL REFLECTIONS: This pumpkin ale seems like an afterthought. It doesn’t taste nearly as complex as the beers which came before it. Boring, really. The aftertaste is also unpleasant and you want water after you drink it. Dogfish has done better. 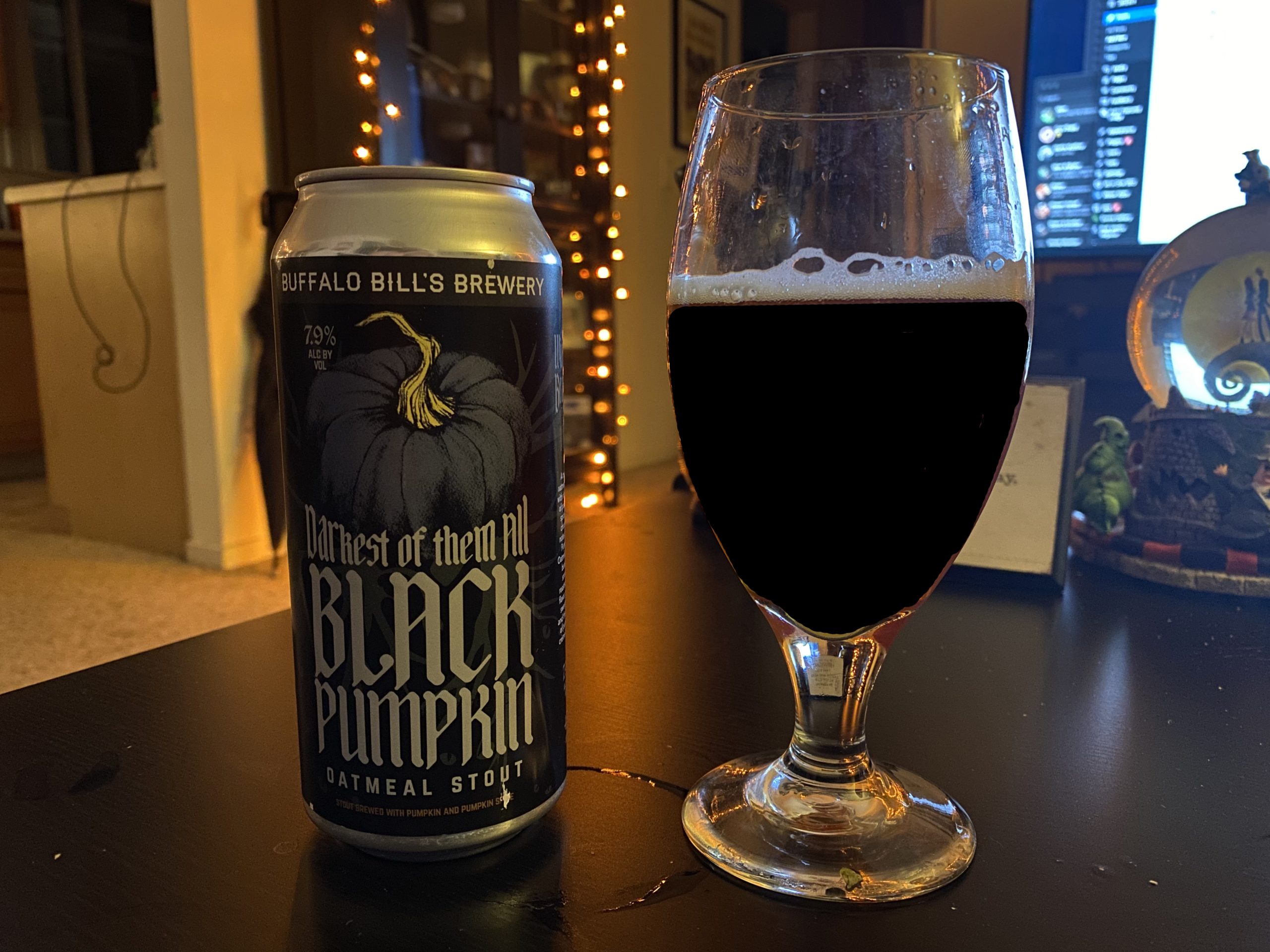 LOOK: Dark as a Stout should be.

MOUTHFEEL/TASTE: Thick mouthfeel with a lot of pumpkin, vanilla, and coffee, with a little bit of spice on the back end. Dry finish on the back.

FINAL REFLECTIONS: A decent pumpkin ale, not as complex as the prior ale from Buffalo Bill’s. This one injects coffee into the mixture and that’s something that doesn’t need to be done with pumpkin ale, which speaks for itself. I liked the America’s Original better. 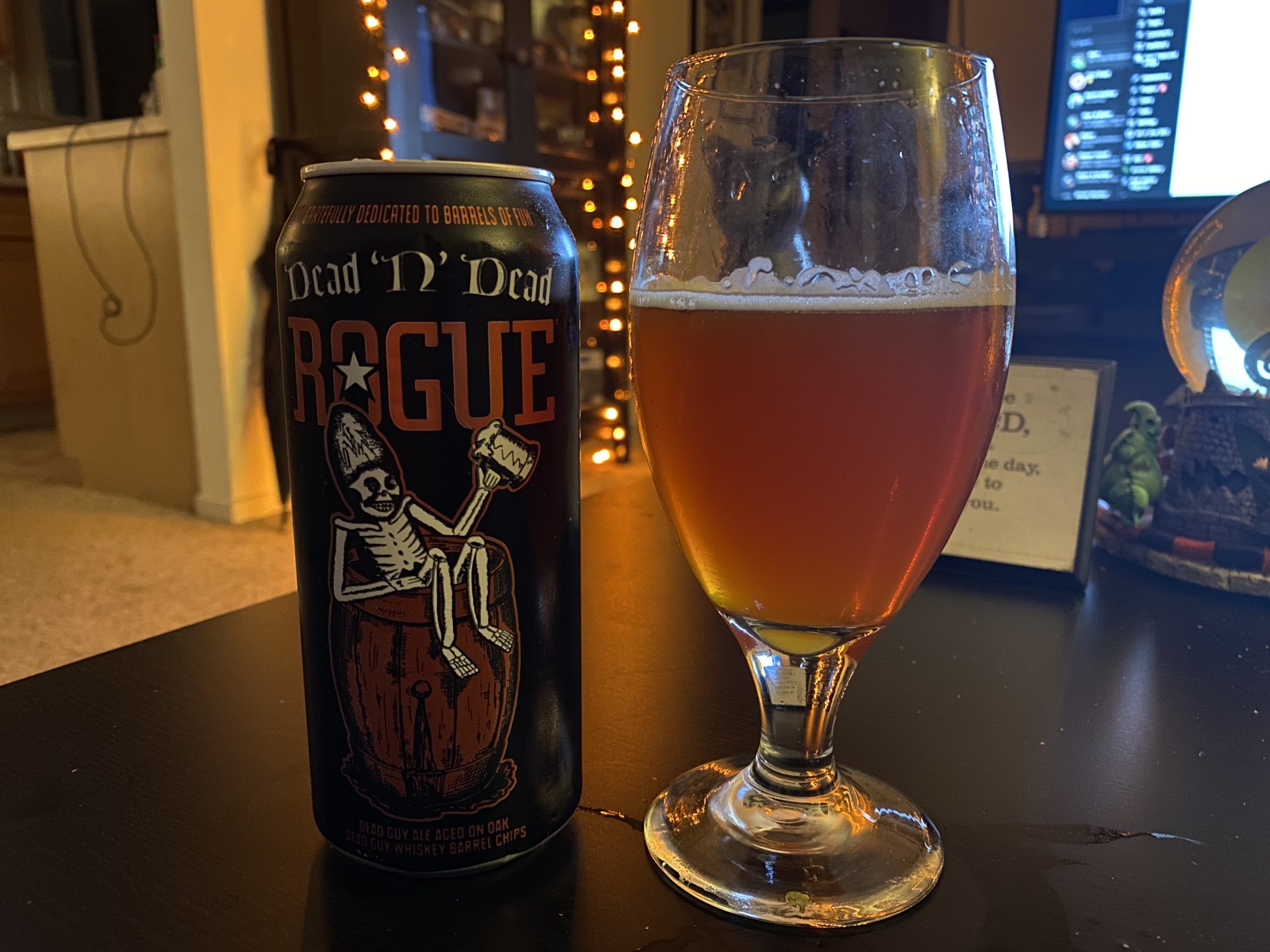 LOOK: Amber with some haze

MOUTHFEEL/TASTE: Sweet tree fruit, bourbon, and you can taste the alcohol. Sour finish.

FINAL REFLECTIONS: A good Fall beer but I have had better ales which incorporate

FINAL THOUGHTS: A good tasting of October-style beers and Pumpkin Ales. The beer of the night was “America’s Original Pumpkin Ale” by Buffalo Bill’s Brewery and the surprise was New Belgium’s Atomic Pumpkin with its spicy pumpkin ale. A solid tasting!

You can hear our final thoughts here (along with our thoughts about Stephen King):

NEXT WEEK: To be announced…