From Monday, July 22, through Friday, July 26, we will be running articles about pinball in the lead-up to Santa Clara, California’s “California Extreme” video game and pinball expo.

For the next five days, we will take a look at the history of pinball, the resurgence of its popularity, we’ll count down the 60 best machines of all-time and we’ll take a look at pinball games you can play on your computer, game system, or mobile device so you don’t have to venture to an arcade to get the experience.

We will also feature thoughts from various people in the world of video games and pinballs which range from owners to hobbyists to the gamers themselves.

We hope you enjoy it!

If you missed previous articles, you can find them here:

In “A Brief History of the Silver Ball”, we covered pinball’s past, present, and future, the latter of which covered the world of Virtual Pinball.

To review, Virtual Pinball is any pinball game that can be played on a computer (Mac or PC) or any sort of mobile device. There are currently several applications and programs available for would-be pinheads and this article will discuss the pros and cons of each.

These are presented in no particular order. 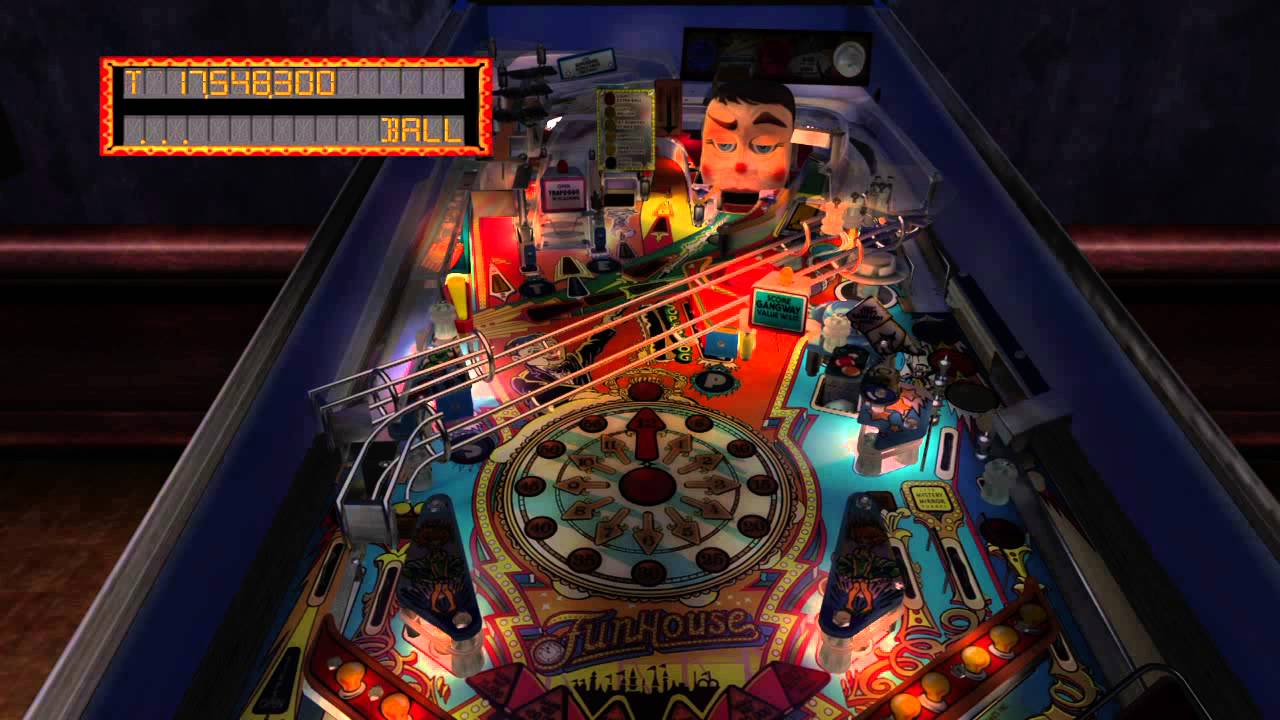 Pinball’s history is on display here as Farsight faithfully emulates some of pinball’s most famous tables. The graphics vary. The tables are beautifully rendered on XBOX ONE and the Playstation 4 but lose their luster on iOS and tablets due to the lack of processing power. Mobile devices and computer versions also lack the “room lighting” option, which gives PS4 and XBOX users the option to make the virtual room around the table “dark” so that the table’s lights are the only thing illuminating the game. The other major issue is that The Pinball Arcade had over 100 tables at one point — but lost the licensing rights for Bally and Williams tables, so that list was whittled down to around just under 40. Only games from Stern Pinball, Gottlieb, Farsight, Data East, Sega, and Alvin G. and Co. remain. That may sound like a lot — and it is — but Stern just dumped one of the best tables they had in AC/DC (though, “Ghostbusters” and “Star Trek” are thankfully still there) and the stuff offered by Gottlieb, Data East and Sega are just decent, at best. Also, the physics remain a big problem for the app as the ball jumps all over the place and doesn’t jive with real life. The DLC is FAR too expensive for what you’re getting. Still, it’s a good game of pin. It’s just not what it used to be.

PROS: It’s pinball and there’s a lot to choose from. A couple good modern Stern tables in “Ghostbusters” and “Star Trek” play well. The game’s graphics are amazing on PS4/XBOX.

CONS: The only free table is “Black Hole” by Gottlieb and you only get to play two free tables a month. DLC is expensive. All the great tables Bally/Williams made are gone now which means no more classics like “The Addams Family”, “Twilight Zone”, “Pinbot” or “Attack From Mars”. Graphics suck on mobile devices and, strangely enough, on PC’s and Mac as well. Lighting options don’t exist on those devices either.

Zen claims to have the best pinball physics in the VP world. That’s debatable. What I do know is that both Zen Pinball and Pinball FX 3 are great games. Each one has original tables, which feel fairly basic and play basic but what they lack in gameplay, they make up for in the A/V side of things. The thing that sets Zen’s pinball games apart from your run-of-the-mill emulation of existing tables is that the tables are surreal pieces where various components, characters, animals, and other elements of the table come to life. The top half of “JAWS” is covered in water with the shark out there waiting to eat you. “Back to the Future” has Doc guiding you on how to shoot as he stands near the plunger, giving a full range of motion. The stock free table has spiders that come down from the ceiling while ghosts haunt the table. It’s all beautifully rendered, even on mobile devices (“Zen Pinball” is the mobile version) and the audio is crystal clear. The ball DOES feel like it has realistic physics and doesn’t “float” like it does with other pinball emulation programs. It’s a wonderful game with a plethora of tables at your disposal and the DLC tables are cheap at $2 a pop — though $1 might be more to one’s liking.

PROS: Great graphics, even on mobile devices. The tables are beautiful and creative. Audio is top-notch. Physics seem to be fairly realistic. The rulesets for each table are clearly explained in guides. Tables are inexpensive to purchase.

CONS: The gameplay is fairly simplistic. Creativity has its limits and not every table is a winner and while even the best tables look great, some lack targets and feature fairly unrewarding shots. All tables are original and there isn’t any licensed content. Only one table is free. Everything else has to be purchased.

This is basically a continuation of Zen’s pinball suite we just mentioned. The only change here are the additions of the Williams/Bally tables that Pinball Arcade lost the rights to. As of right now, Zen/Williams has 13 of the Williams’ tables: “Party Zone”, “Attack From Mars”, “Medieval Madness”, “Junkyard”, “The Getaway”, “Fish Tales”, “Black Rose”, “Theatre of Magic”, “The Champion Pub”, “Safecracker”, “White Water”, “Big Al’s Road Show”, and “Hurricane”. Each table looks GREAT, even on mobile devices, with accurate colors and playfields and awesome lighting. The tables look far better than they did when Pinball Arcade had the rights. The biggest gripe I have is Zen’s insistence on bringing the same silly, surreal elements to the Williams tables that they have on their original tables. “Theatre of Magic” has a magic wand near the plunger which lifts when you shoot the ball while the female magician you hear stands and moves around in the center of the table. It’s distracting and unnecessary. Also, for whatever reason, the iOS version wants you to grind for a table. Each table can be “purchased” using “tokens” which you can get by completing challenges. But getting just ONE token is an exercise in frustration and takes forever. That wouldn’t be so bad…except that each table costs 250 tokens. So you’d have to play for months to obtain ONE table. No thank you. I contacted Zen about this and their response was less than satisfactory, claiming that “I would be given other chances to purchase the tables outright at a later date.” Fine…but I’m not playing until that’s fixed. Tables on other versions around about $3 a pop which, while not horrible, still feels like a lot for one game.

PROS: Zen does it again with the graphics and lighting. Everything looks and plays spectacular. Physics are awesome — though everything is so smooth, it feels almost too easy to complete a table.

CONS: Mobile version features a horribly balanced “grinding” system in order to buy tables. Addition of surreal elements is largely unnecessary. Buying tables on other versions is a dollar higher than the last version. 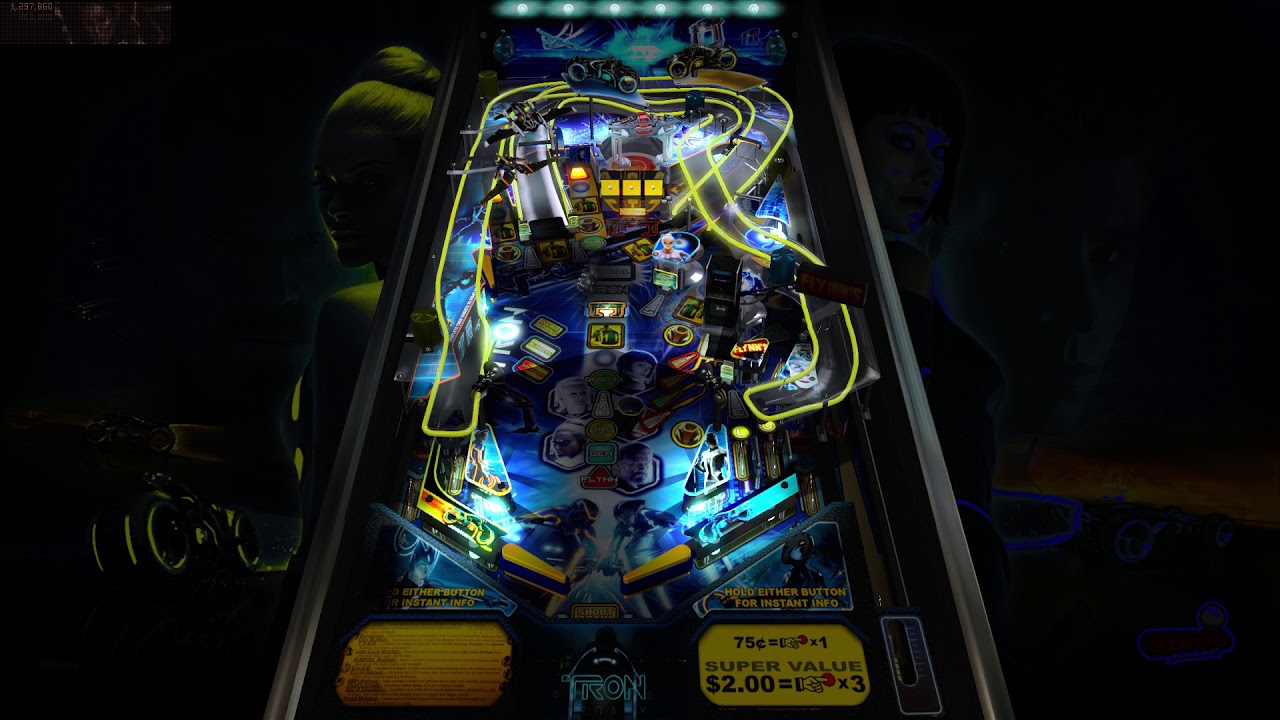 This is the end-all/be-all Virtual Pinball application. Visual Pinball X is a freeware, Open Source program which allows users to emulate virtually any pinball table in existence — or one from their imagination. VPX serves as both emulator and builder so anyone with knowledge of complex computer language coding and design skills in Illustrator and Photoshop can build their own table. The most recent stable release is 10.5 which allows for graphics (better lighting effects which include a day/night option), 3D versions of objects, and far better physics than its predecessor. The downside to all of this is the legality of it. It’s an independent emulator running ROM files most gamers likely don’t own. Also, at the current time, the application is unable to run any of Stern’s SPIKE games due to coding limitations. This excludes you from being able to play such games as “Game of Thrones”, “WWE WrestleMania”, “KISS”, ” group of coders found their way around this by reverse-engineering Pinball Arcade’s “Ghostbusters” code — but Stern found out and immediately issued a cease-and-desist to stop the emulation of the game in its tracks. Gottlieb has been issuing C&D’s in order to have their ROM sets removed as well. Also, your PC has got to have a decent video card and be pretty fast on its own to run this sucker as it’s very graphic intensive. If you’re still game, dive right in. This app also works beautifully on a multi-cade VP cabinet or Arcade cabinet.

PROS: Excellent emulation. Physics are right on. Customizable platform means that you can design ’til your heart’s content. Users on VP Forums are extremely helpful if you ever need help for any reason — including design.

CONS: Independent emulation means legal issues running games. Emulation for newer, modern tables is missing meaning no Stern games from about the last four years. Emulation for Jersey Jack, Spooky Pinball, and Dutch is rare to none. Steep learning curve in design of tables if you’re a novice with no background in design or coding. Table quality depends on designer/distributor. 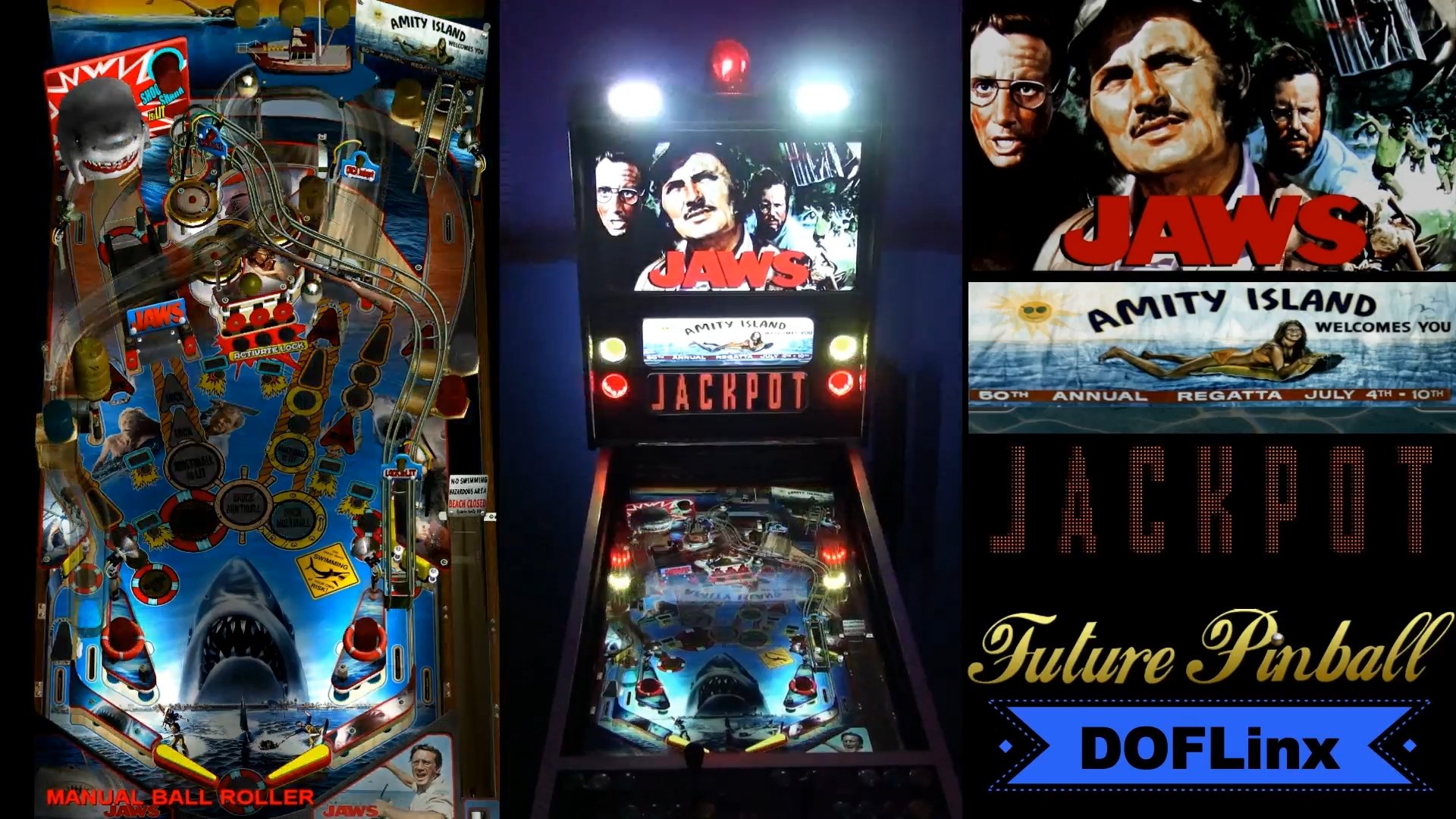 Future Pinball was released five years after Visual Pinball and it’s about the same but with some drawbacks. The pros must come first and everything here looks good. Graphics are sound, audio is perfect. Like VP, you have the option to design your own tables and utilize 3D objects. Also, there’s no hunting for ROM files as Future Pinball doesn’t require them. All the coding is usually included in the table script. So, the legal issues are somewhat lessened. This allows for some excellent original tables and modified versions of existing tables. “JAWS” comes to mind as the artist found a way to put a working video monitor in the corner which also doubles as the famous “Amity Island” sign from the film. The drawbacks, however, outweigh everything else. The physics suck on toast. The ball feels like it floats too much. This can be somewhat remedied by the addition of a modified physics engine but the results are mixed. Additionally, it doesn’t have the graphics engine that VP has so the lighting effects can’t really be altered on the fly. Also, not all modified versions of existing tables work like their real-life counterparts and feature needless rule sets and changes to triggers, light shows, and drain sequences. The emulation on some tables is also a problem. Some tables play slow and lack the speed and audio playback of their real-life counterparts. The software only lasted five years before it was discontinued in 2010 and, while most of the Virtual Pinball community seems to have ventured to Visual Pinball, Future Pinball still has some insanely dedicated fans and users who still design and distribute tables.

CONS: Physics are terrible without the physics mod installed. Emulation of existing tables is mixed and, often, inaccurate. Still a steep learning curve for design suite — though simpler tables are a lot easier. Software discontinued meaning no more official support.

That’s it for now! Thanks for reading.

We will be back tomorrow with the conclusion of Pinball Week! Join us then!