It’s Friday night and it’s time for our weekly beer tasting! This time, we’re at Rock Bottom Brewery in Campbell, California where there are about a dozen in-house brews on tap at a given time.

Tonight, we are tasting eight of the available twelve and getting our grub on…so, as the weekend has officially arrived, pop open a cold one (or just hydrate or get your virgin drink on if you don’t drink or your teetotaler) and join us on this excursion through Rock Bottom Brewery! 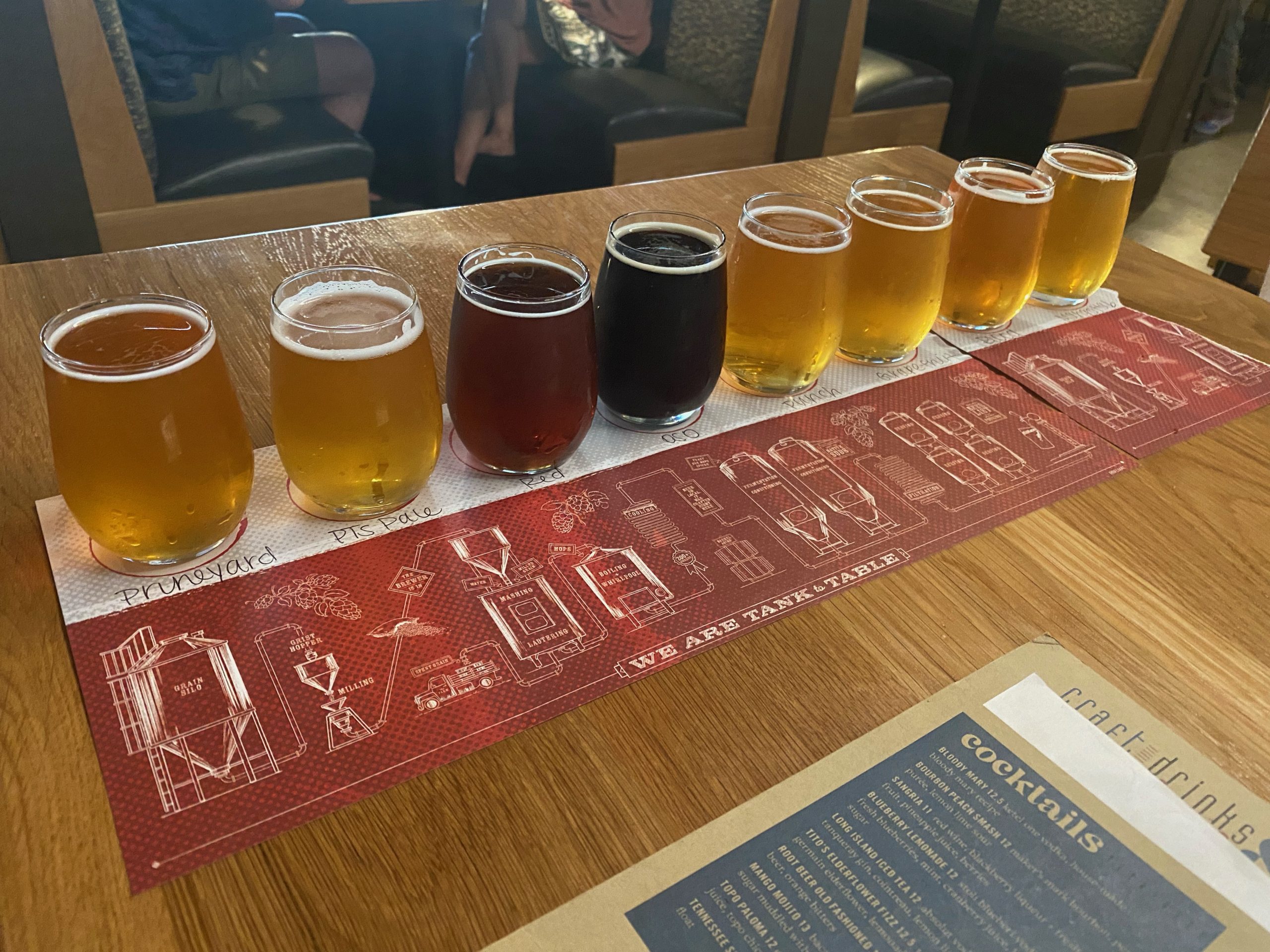 …and get ready for the first beer, which is… 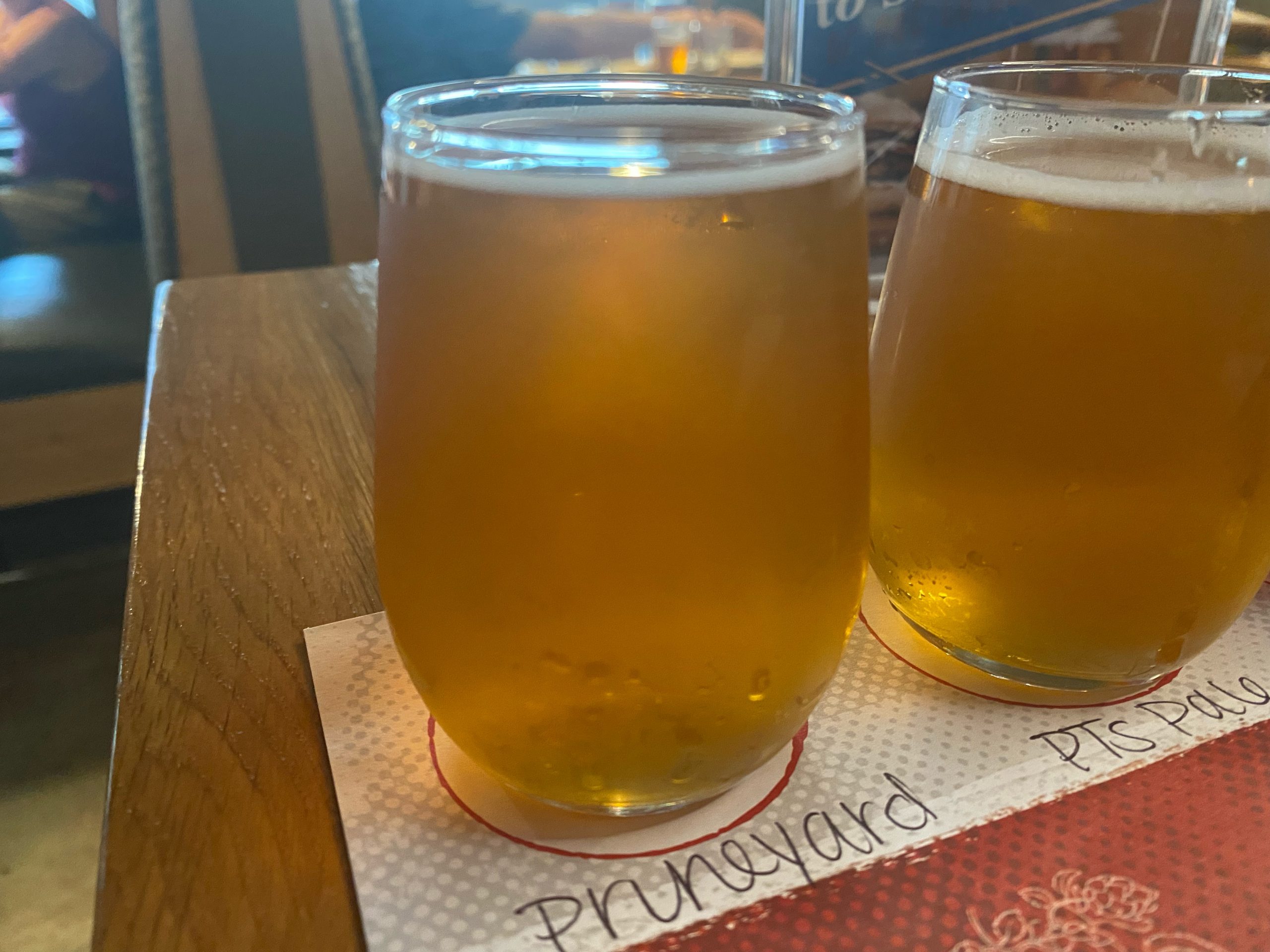 SCENT: Some clove and grass on the nose

MOUTHFEEL/TASTE: A little bitter all the way through, hop-forward with some citrus, some grassiness as well. Slight bitterness on the back end.

This is named for the shopping center in which Rock Bottom Brewery resides. Danielle thought this was a little bitter for her taste with a lot of grass on the tongue. I thought there was some grass with citrus and hops. It’s refreshing but not the best IPA. Decent start. 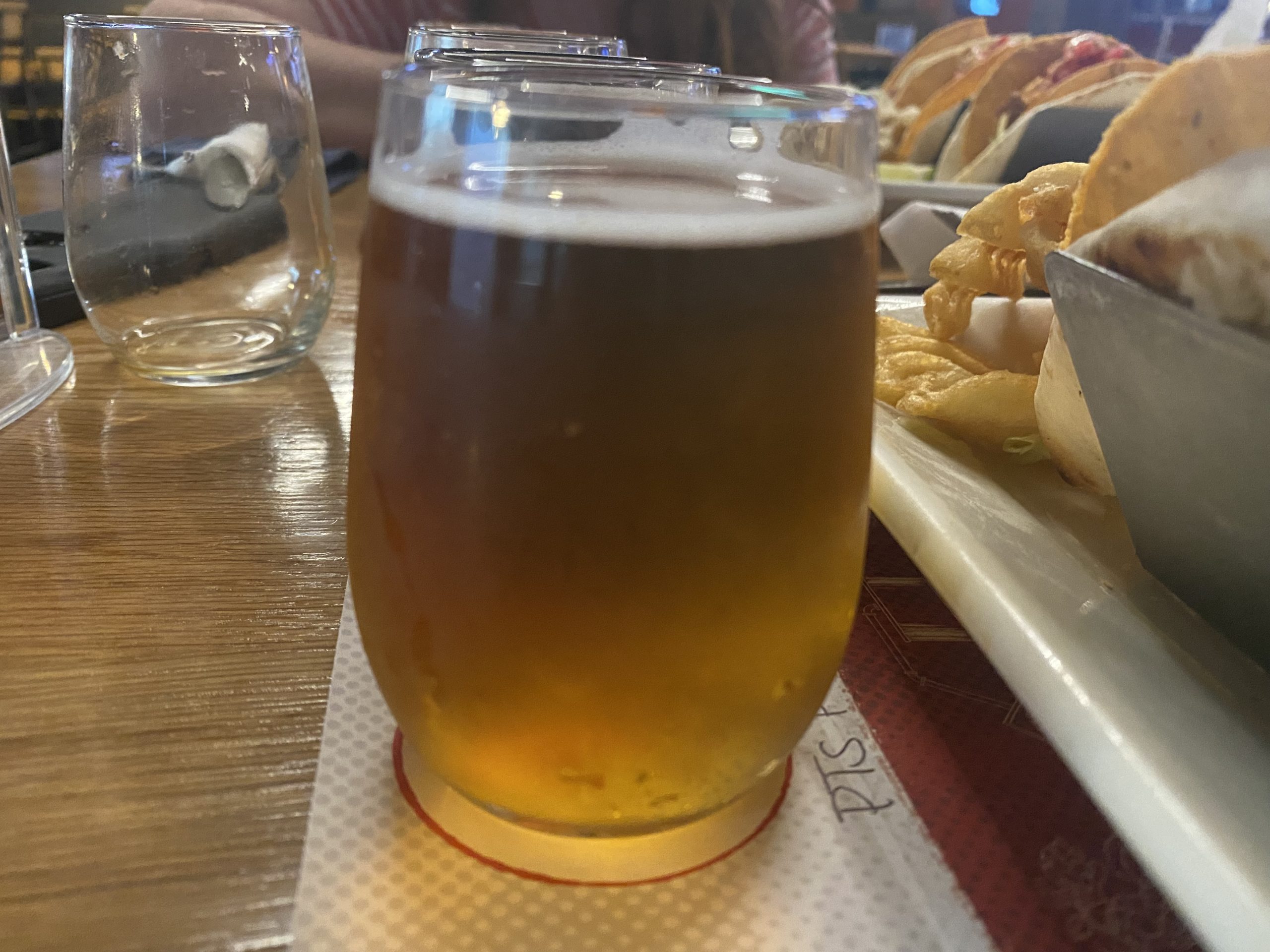 SCENT: There’s no scent to it

MOUTHFEEL/TASTE: Slight bitter taste. Very little citrus on it, though some comes up a little more as you keep tasting it.

I thought this beer was just ok. Very little citrus which is odd because the description defies that. It’s a crisp pale ale otherwise. Danielle felt it was boring without much flavor. She does like the crisp finish. 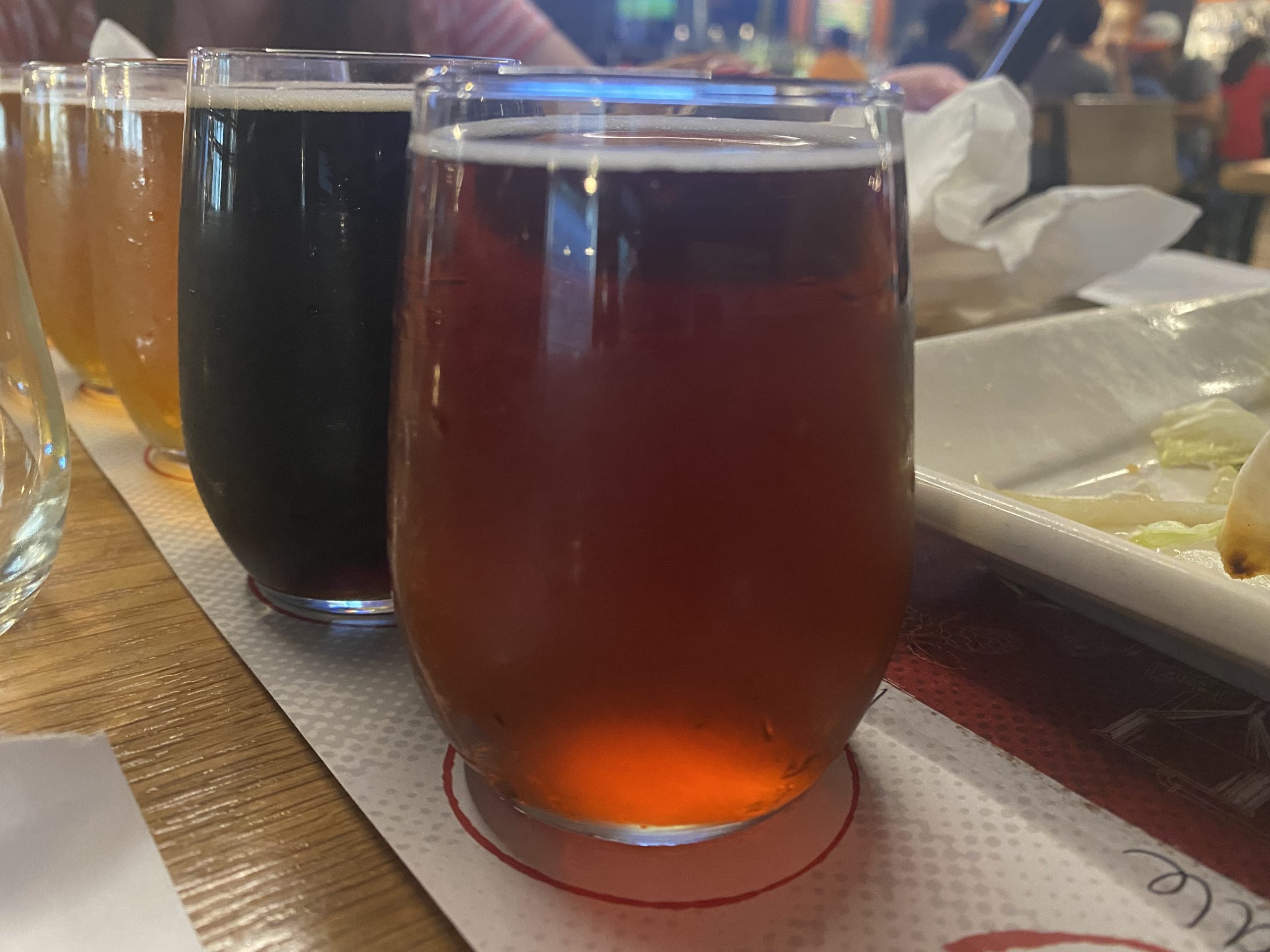 If you live in San Jose, you know Winchester Boulevard. It’s named for Sarah Winchester whose mansion is across from Santana Row — or, for you old-timers, what used to be Town & Country Shopping Center. I liked the refreshing Fall taste of Winchester Red. Has that sour cherry and apple that I really like offset with a nice refreshing sweet to it. Danielle says she likes the cherry flavor but that the full flavor doesn’t really knock her out. 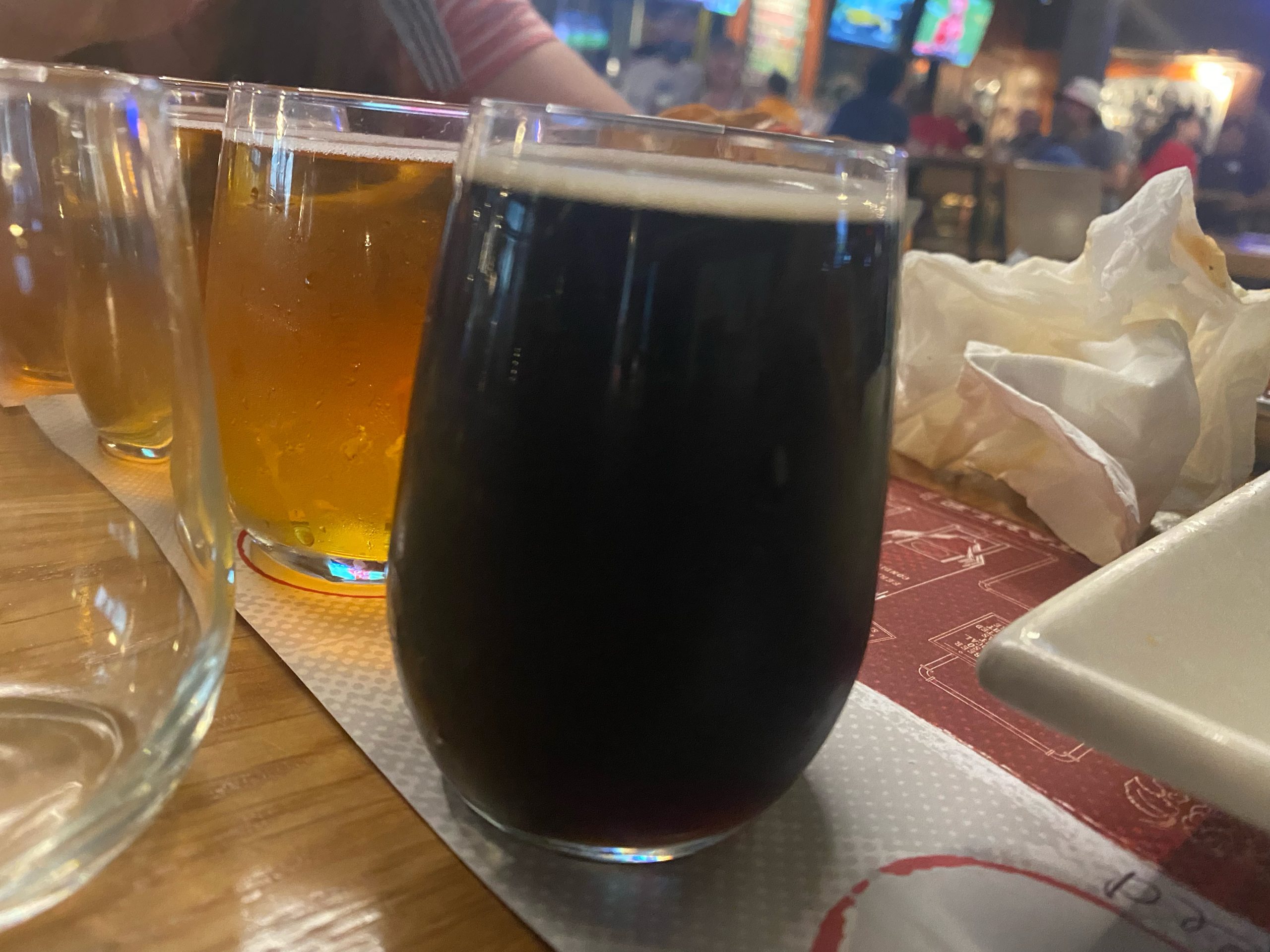 LOOK: Dark, very much like a stout — but has some very deep amber.

MOUTHFEEL/TASTE: Like tasting a stout — but without the body of a stout. Very much like an ale.

An odd beer. This is like tasting a stout, but without the thick mouthfeel. Some coffee on the tongue. It’s like an ale that should be sweet, but isn’t and a stout with should be dark and thick, but isn’t. There’s a weird citrus on it. Danielle likes it better than I do since she really likes the chocolate aspect of the beer. She thinks it tastes like a S’more…I still have no idea how she gets that flavor profile, but there you go. 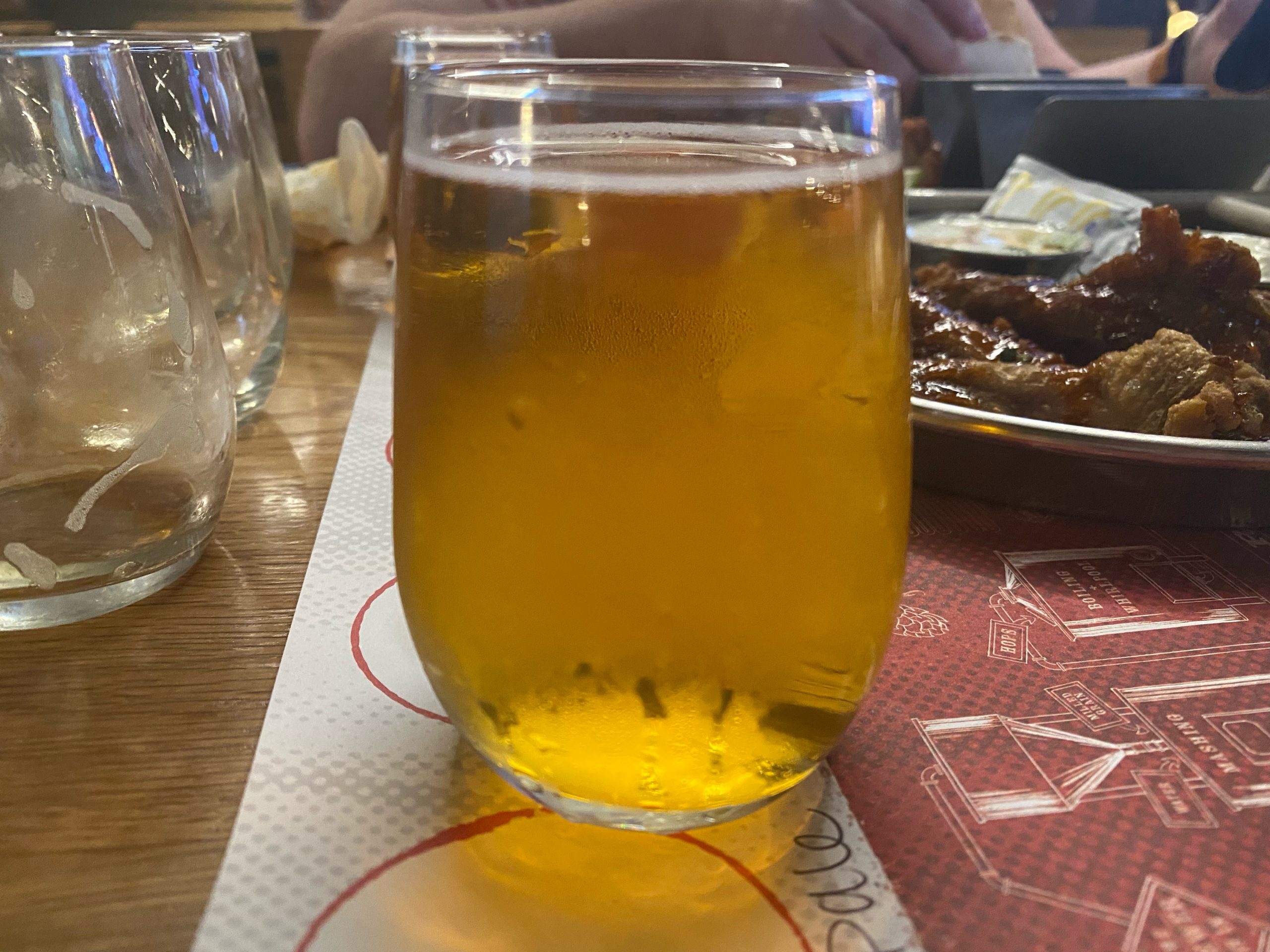 SCENT: No scent whatsoever. Maybe a light sangria if you try.

MOUTHFEEL/TASTE: There’s nothing here. Maybe some fruit if you try hard enough. It’s like a water bottle that comes with a fruit filter — and you add fruit…and you get nothing.

Nothing fruit-flavored here. It’s like the brewer forgot to add the fruit to the beer. Danielle says that it’s simply a by-the-numbers ale and nothing more. I am inclined to agree. Tasting it again changes nothing for either of us. The worst of the beer selection. 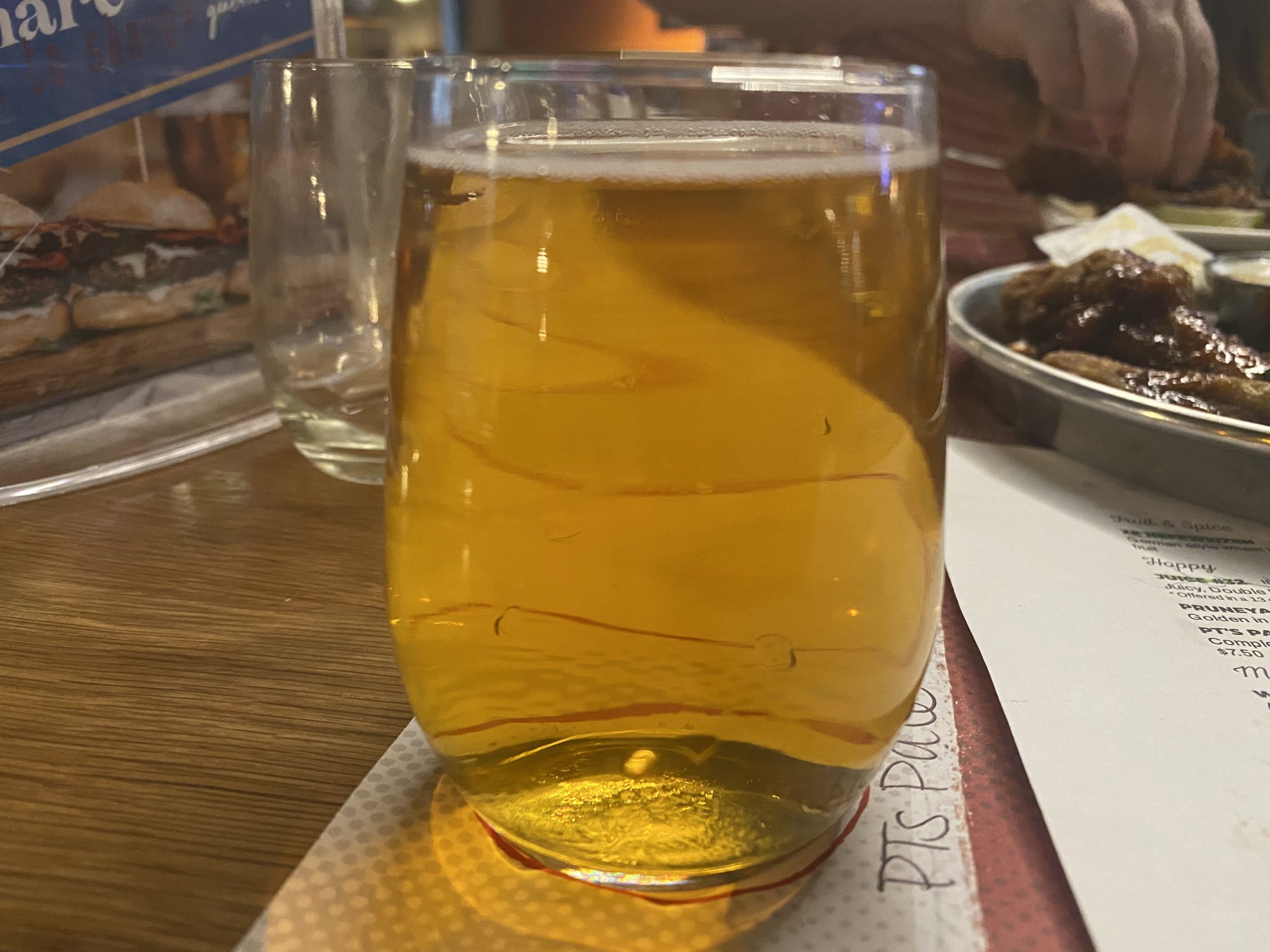 LOOK: Bright gold color, clear — like the last beer…and they’re ALL gonna be like this from here on out.

SCENT: You can get a little grapefruit on the nose.

MOUTHFEEL/TASTE: Some grapefruit, some spice on the back end. Almost a black pepper.

I am not a huge grapefruit fan — but this doesn’t have that bitterness that a grapefruit would have and there are no bitter hops. It is very smooth. Middle of the road for Danielle. She likes the sweetness but she doesn’t like the grapefruit aspect all that much. 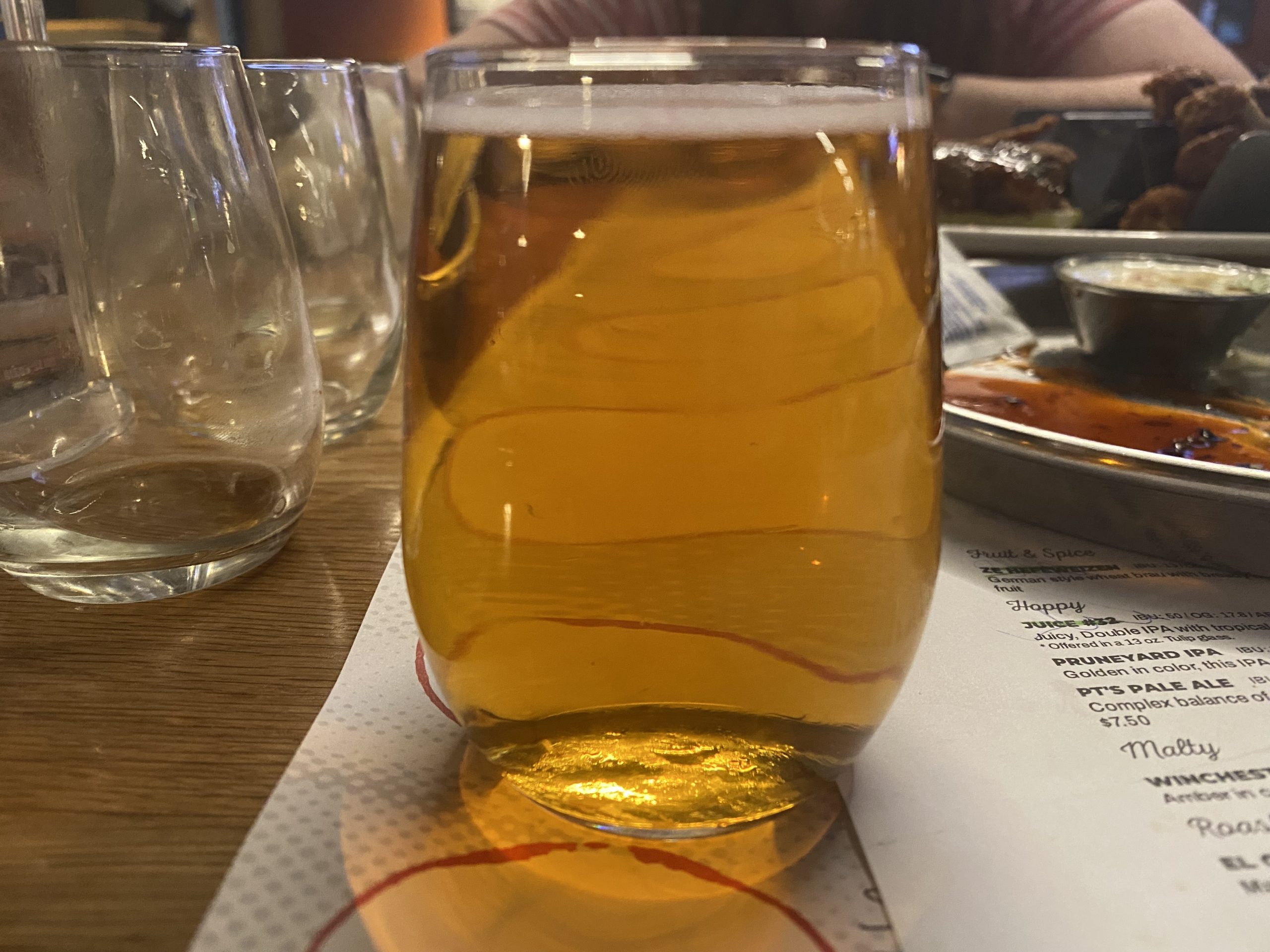 MOUTHFEEL/TASTE: Sweet taste to it, lots of citrus on the back end with a wheat taste to it as well. Very refreshing.

Danielle adores the Blood Orange, so she’s all over this beer. Very sweet. Very much like a Blue Moon without the thick body to it. There’s a lot of orange to be had in it. Citrus on the back end with some nice wheat as well. 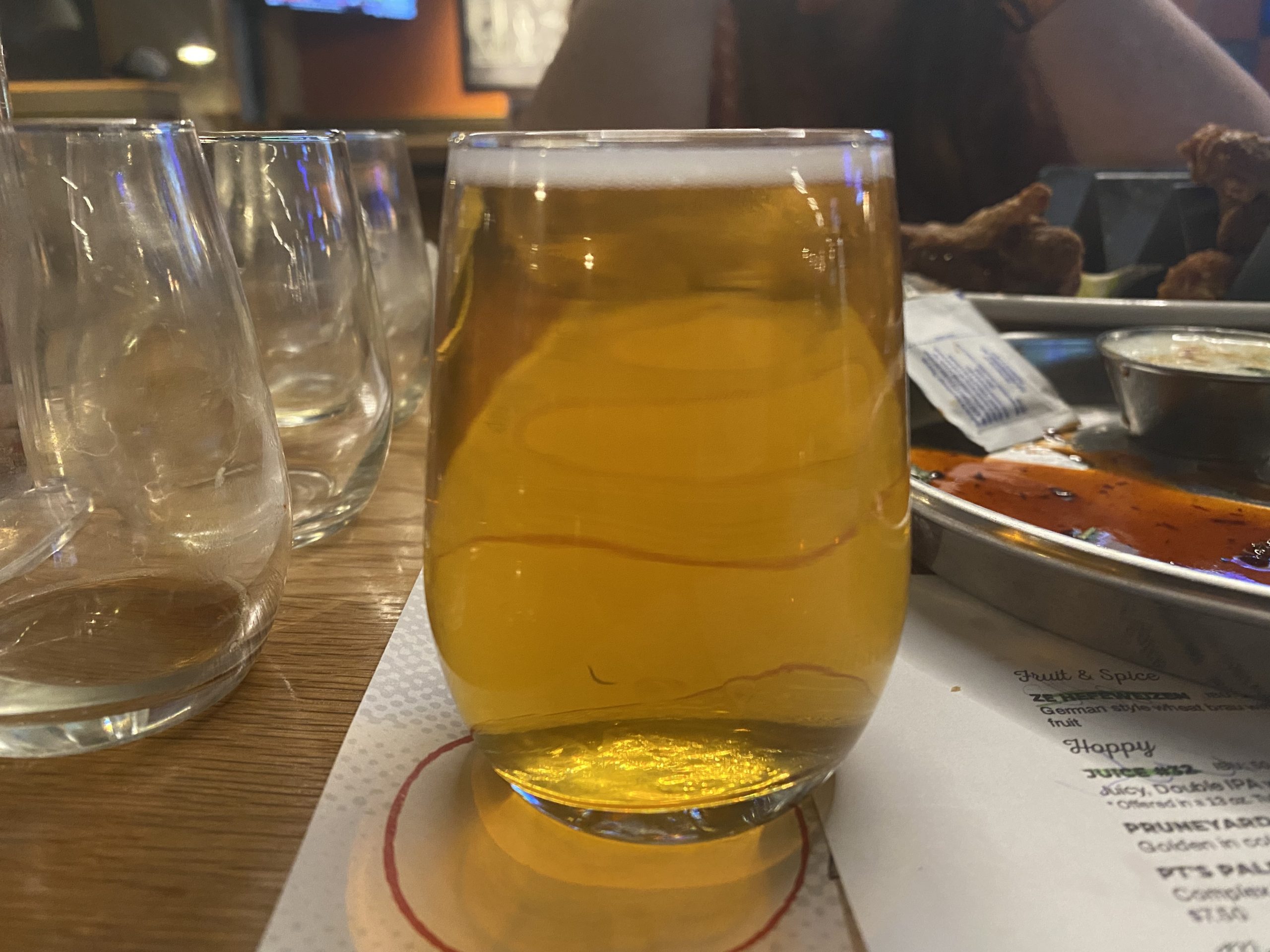 LOOK: Stop me if you’ve heard this one: bright, clear, and gold

SCENT: Lots of fruit and a TON of vine pepper right on the nose…that habanero scent is a WARNING

MOUTHFEEL/TASTE: Smooth. At first, not spicy…then you keep tasting it…and it gets hotter.

At first, you think this is a beer which isn’t going to have you rushing to the sink for water…but the further you go on your pint, the spice kicks in. It’s still not to the point where you’re breathing fire, but it’s a nice, welcome burn. The fruit nicely offsets it. Danielle loves the kick on the back end and says that hot wings would go nicely with it. This is the beer of the night for both of us.

An interesting slate of beers…I’m not quite sure I’d quite call it “solid”. There were too many middle-of-the road beers here. We really liked the opening beer, the Winchester Red was really good, the pseudo-Stout (El Oso) was decent, and Mango Habanero was almost a revelation. You can hear our final thoughts here:

Not quite sure yet. We’re still planning on O’Flats but we will see where we end up. Until then, cheers!