It’s Friday night and time for another beer tasting with Matt and Danielle! This week, we take on San Diego, California’s Saint Archer Brewing Company and their IPA 4-pack.

Sit back, relax, pop open your favorite beverage (alcoholic or non-alcoholic), and chill with us as we explore the Saint Archer Brewing Company IPA Pack!

Out first beer is… 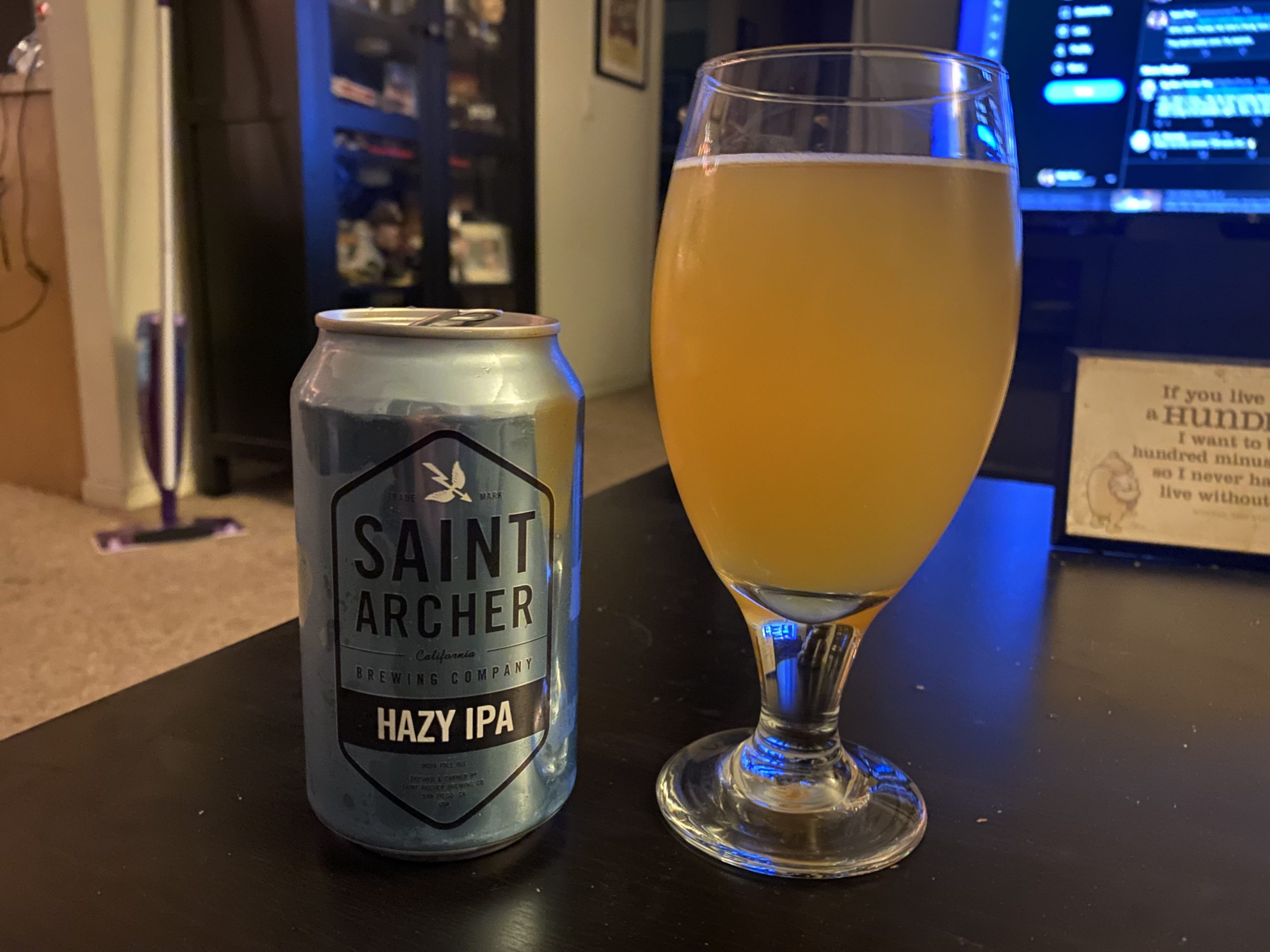 MOUTHFEEL/TASTE: Thick mouthfeel. Not as aggressive as other IPA’s. Light and refreshing with some pine nicely balanced by tart lemon.

Danielle really liked the balance on the beer and rated it slightly higher than I did. I liked how bright and refreshing the taste of it was. My issue is that I have had better hazy’s than this. Still, I’m not gonna knock it. It’s a good start. 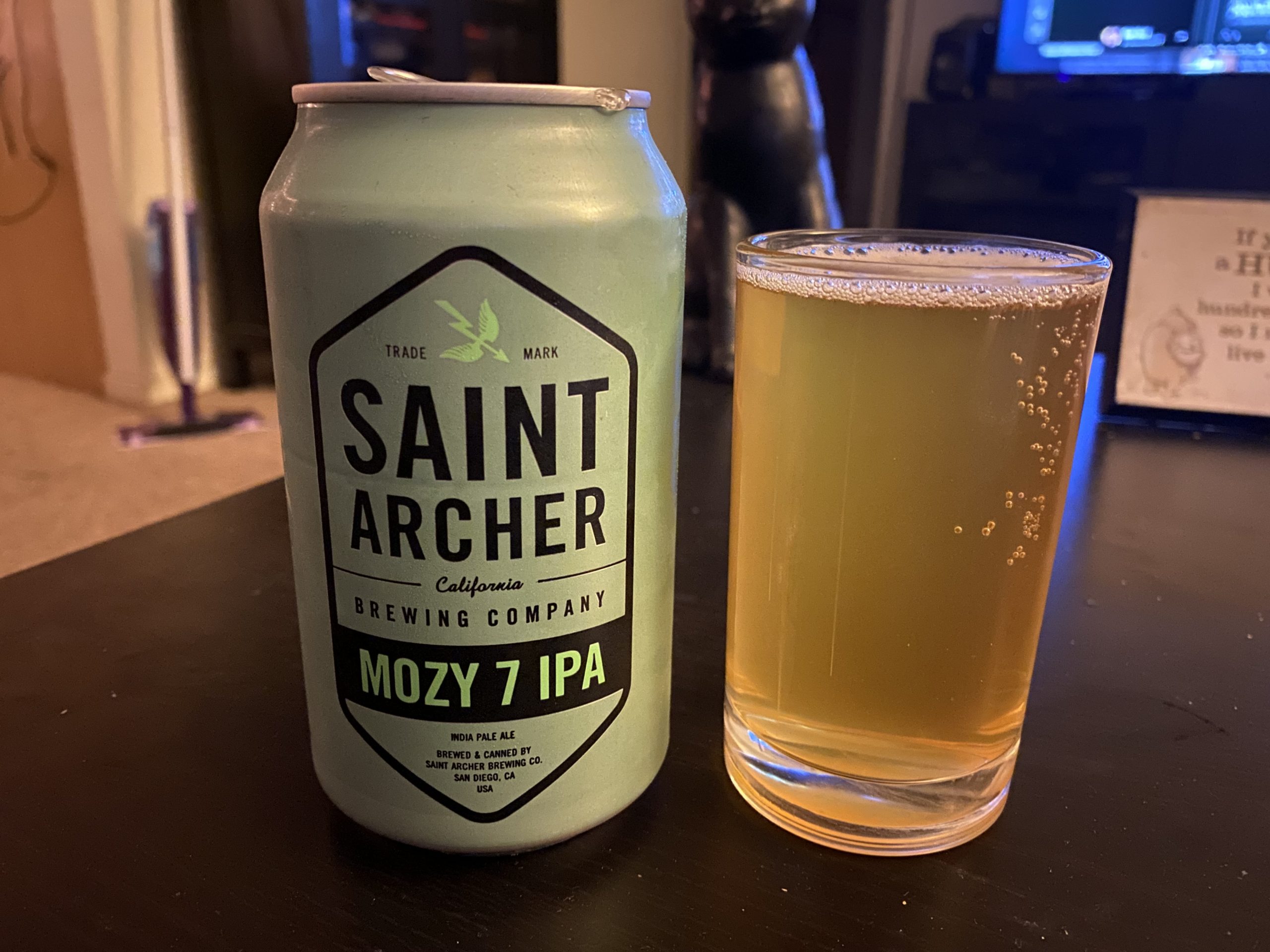 LOOK: Clear, gold, with a bit of haze to it

SCENT: Some sweet, some malt, little bit of citrus, but not much

MOUTHFEEL/TASTE: Thinner than the last beer and not a whole lot going on. Not bland but there’s little flavor to it.

Danielle says that this beer was more boring than the last. I liked the pine notes (almost to the point of tasting like cannabis — though that might be a stretch) and the sweetness on the back end. Not a very aggressive IPA. I just liked it less than the Hazy, which seemed more complex in comparison. 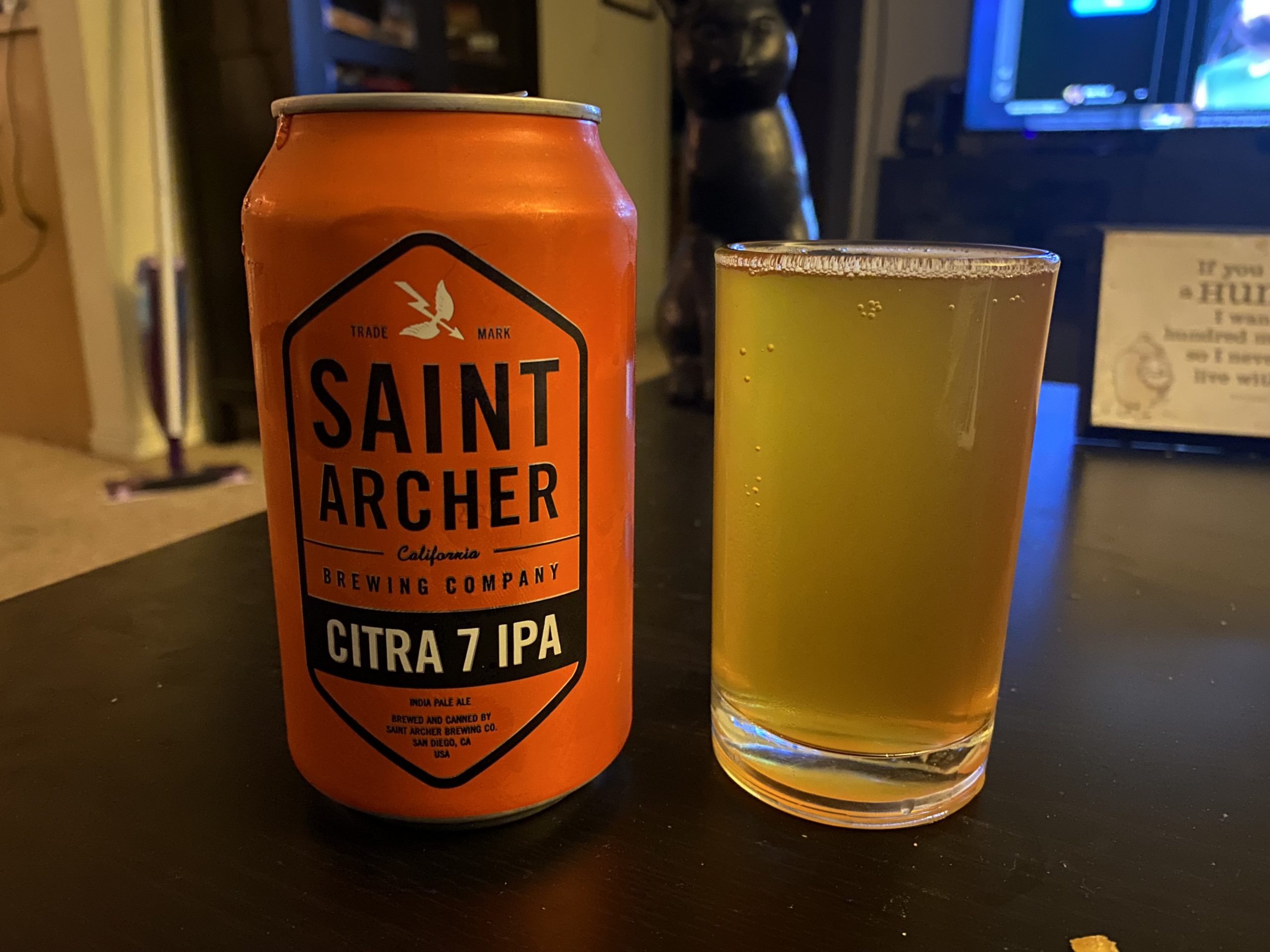 LOOK: Clear, gold, with a bit of haze to it

SCENT: A lot of citrus as expected, orange peel

MOUTHFEEL/TASTE: Thin mouthfeel, a lot of orange and tangerine, offset by hops

Danielle and I were opposed on this beer. I liked the sweetness and the idea behind it. The problem is that the bar has been set so high for me. Stone Brewery’s “Tangerine Express IPA” is just where it’s at with orange citrus IPA’s and this beer is about a rung below that. With that beer, you had a good balance of orange and hops with a lot of sweet flavor. This one just falls flatter than that. Danielle didn’t really like it at all and thought it was too much bitter. 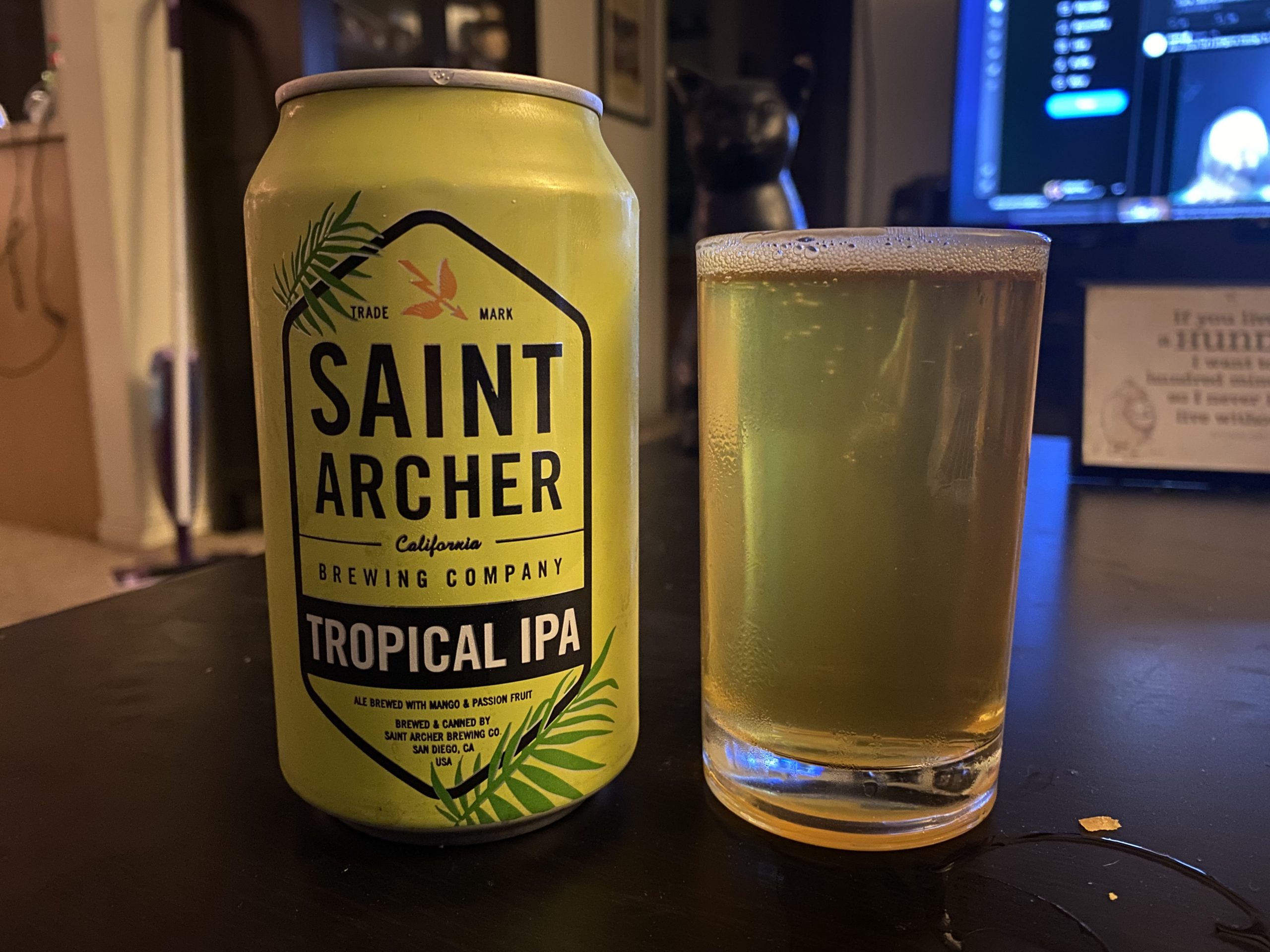 LOOK: Clear, gold, with the slightest bit of haze

SCENT: Some tropical fruit but not strong

MOUTHFEEL/TASTE: Thin mouthfeel — but the tropical fruit doesn’t seem to be very present.

Another boring beer from Saint Archer. Danielle and I felt this was “safe”. The fruit on it is barely there. The hops aren’t aggressive. We both expected more, despite the refreshment.

While the pack started off with a fine hazy IPA, the rest of the pack was surprisingly bland and safe, which is surprising given that we’ve both enjoyed their beers in the past. We’ve both had better citrus/tropical IPA’s than this. To get the rest of what we thought, listen below: