It’s Friday night and we are ready for another beer tasting! This week, we are doing a sequel of sorts to our San Luis Obispo beer tasting. We have five beers from the great SLO Brew!

So, please, go get your favorite beverage, sit down, kick back and enjoy our second SLO Brew beer tasting! 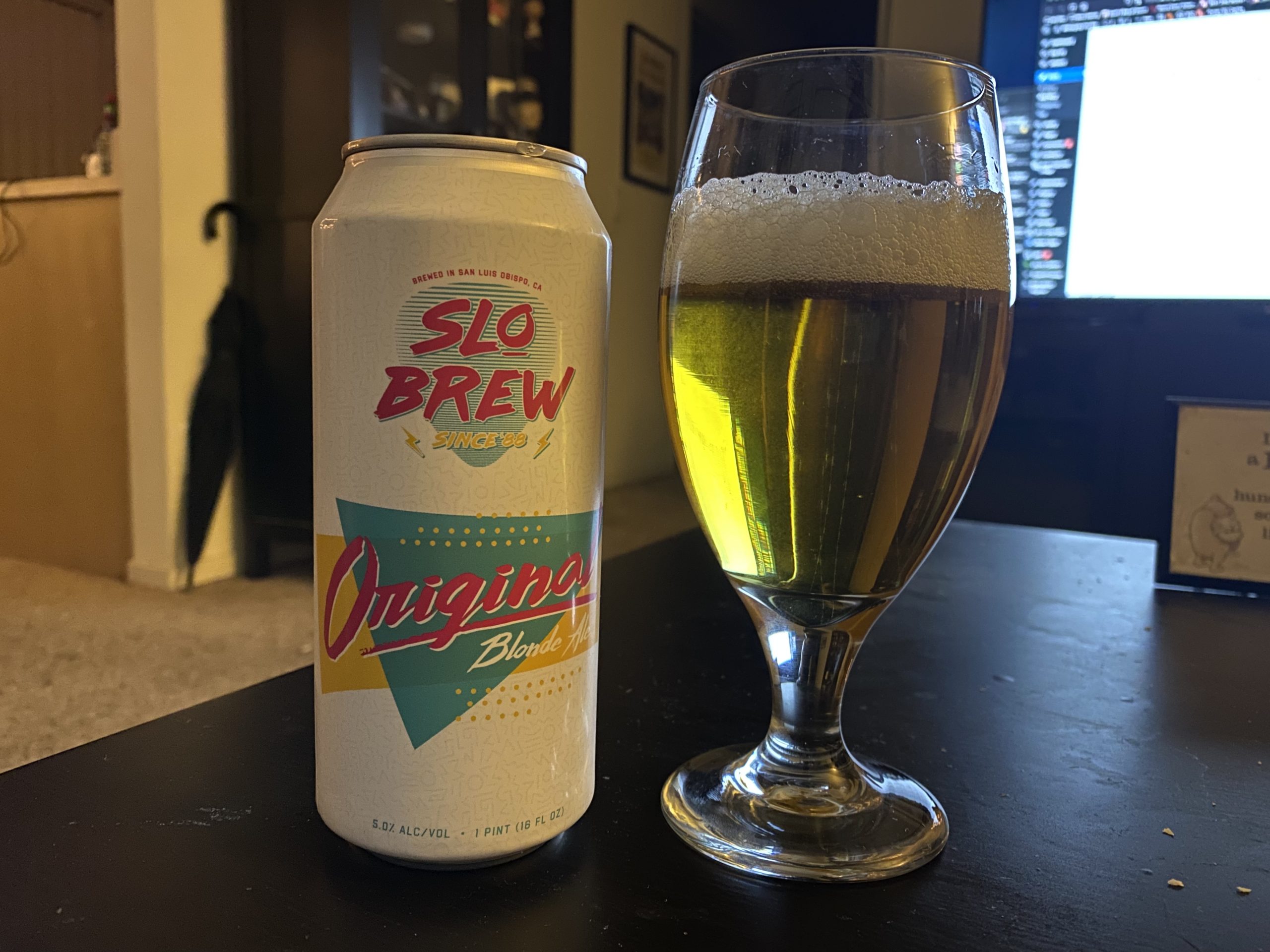 MOUTHFEEL/TASTE: All the things listed above — but with a slight bite on the end.

FINAL REFLECTIONS: Thin mouthfeel and a nice, refreshing ale/lager-type beer here. It promises what’s on the nose and delivers them with a nice hoppy IPA-like “bite” on the end. Very crisp and crushable. Danielle wasn’t as fond of it as I was. 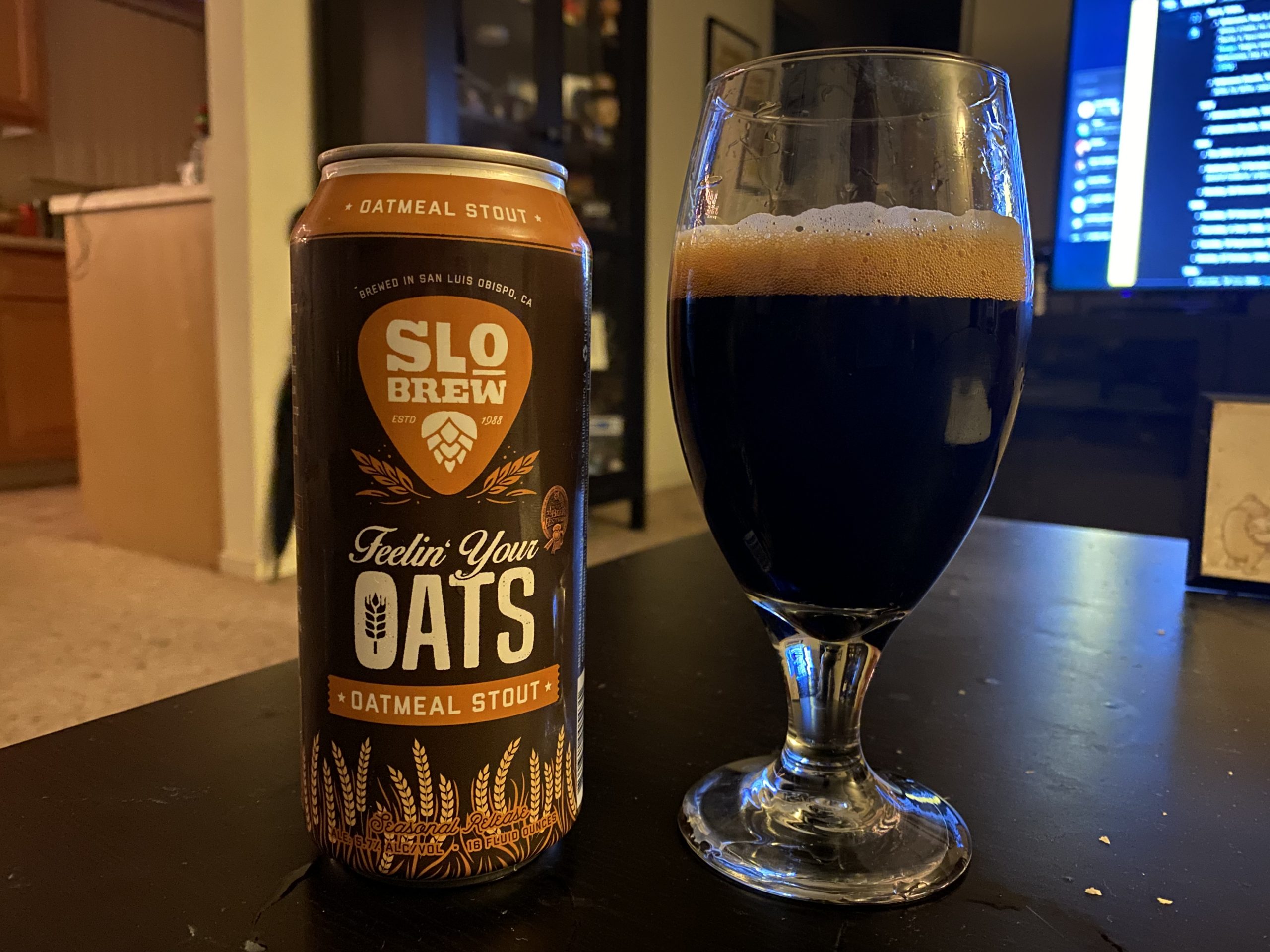 LOOK: Dark black with a foamy head which vanishes after a couple minutes.

MOUTHFEEL/TASTE: Chocolate and maybe some citrus. Not very heavy on the coffee portion of things. Oatmeal seems non-existent here.

FINAL REFLECTIONS: The problem I’m beginning to come upon is that most brewers have resigned themselves to just putting chocolate in their stouts and calling it a day. This isn’t anything different. It doesn’t transcend anything in the stout world. That said, it’s still a good beer and would go well with a dessert — I just wouldn’t order this because there are better stouts out there. 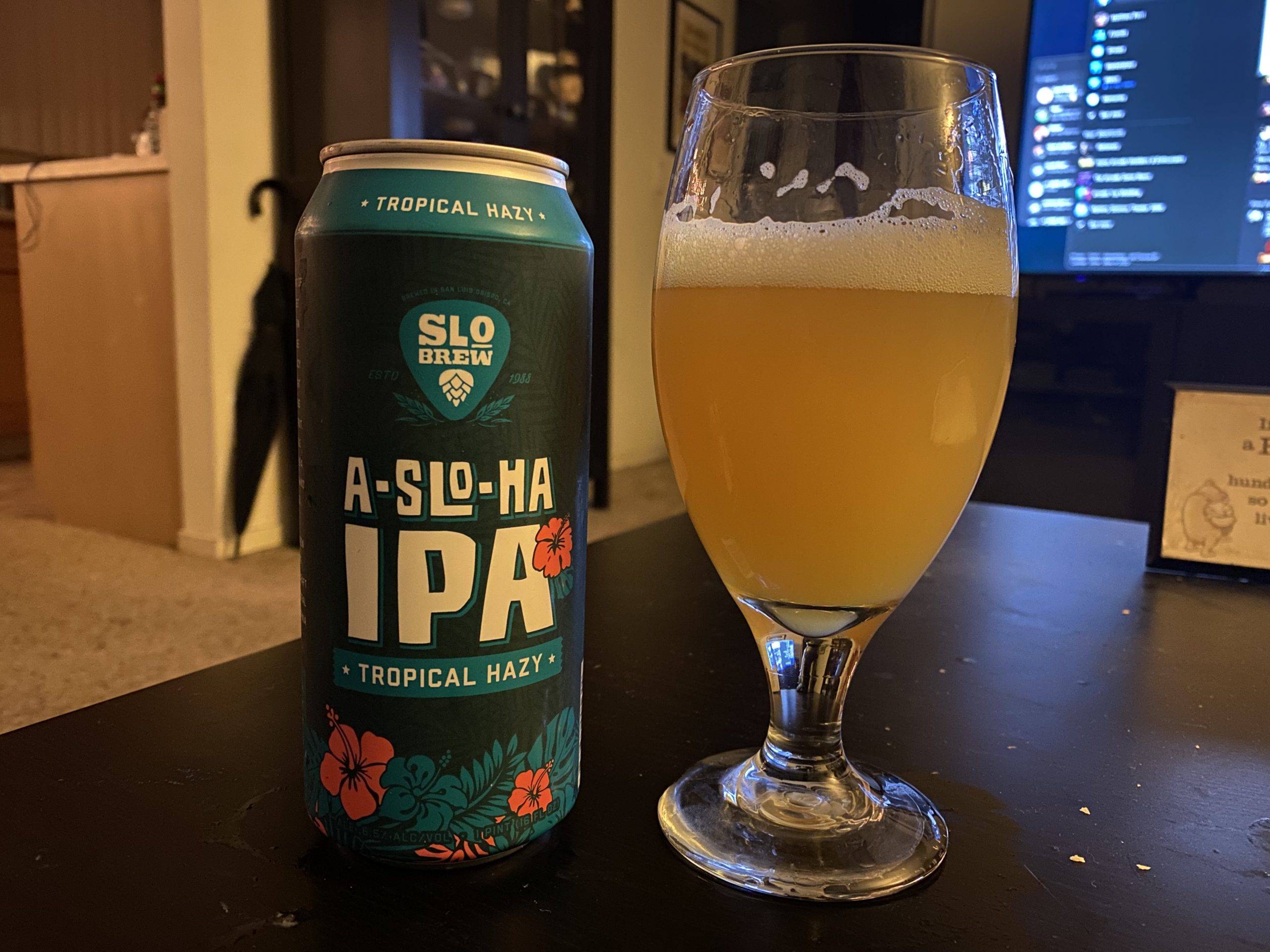 LOOK: Very hazy and gold, cannot see through it

SCENT: Tropical fruit for days. Everything you can think of has been stuffed in.

MOUTHFEEL/TASTE: This beer throws all the fruit it can think of at you and laughs. Not really a bite to it and it doesn’t taste much like a beer.

FINAL REFLECTIONS: A strange drink. There’s a lot of fruit to be had here — but it doesn’t come across like an IPA. There isn’t any bite and you feel like you’re drinking a Zombie with Club Soda. The alcohol quotient is nice but I want my beer to come across like beer and not as a cocktail. Other juicy IPA’s like this one get that notion. Still, this is a very enjoyable beer and would go nicely with a day at the beach.

MOUTHFEEL/TASTE: Nice IPA with balance of wheat and hops and a nice bite with a slight fruit finish.

FINAL REFLECTIONS: This is reminiscent of Dust Bowl Brewing’s “Tomorrow’s Clear”. A nice, crisp, refreshing West Coast-style IPA with a bit of a bite and a wonderfully fruity finish. It only lacks that complete balance as the bite eventually overcomes the rest of it and leaves a bitter, dry after-taste. 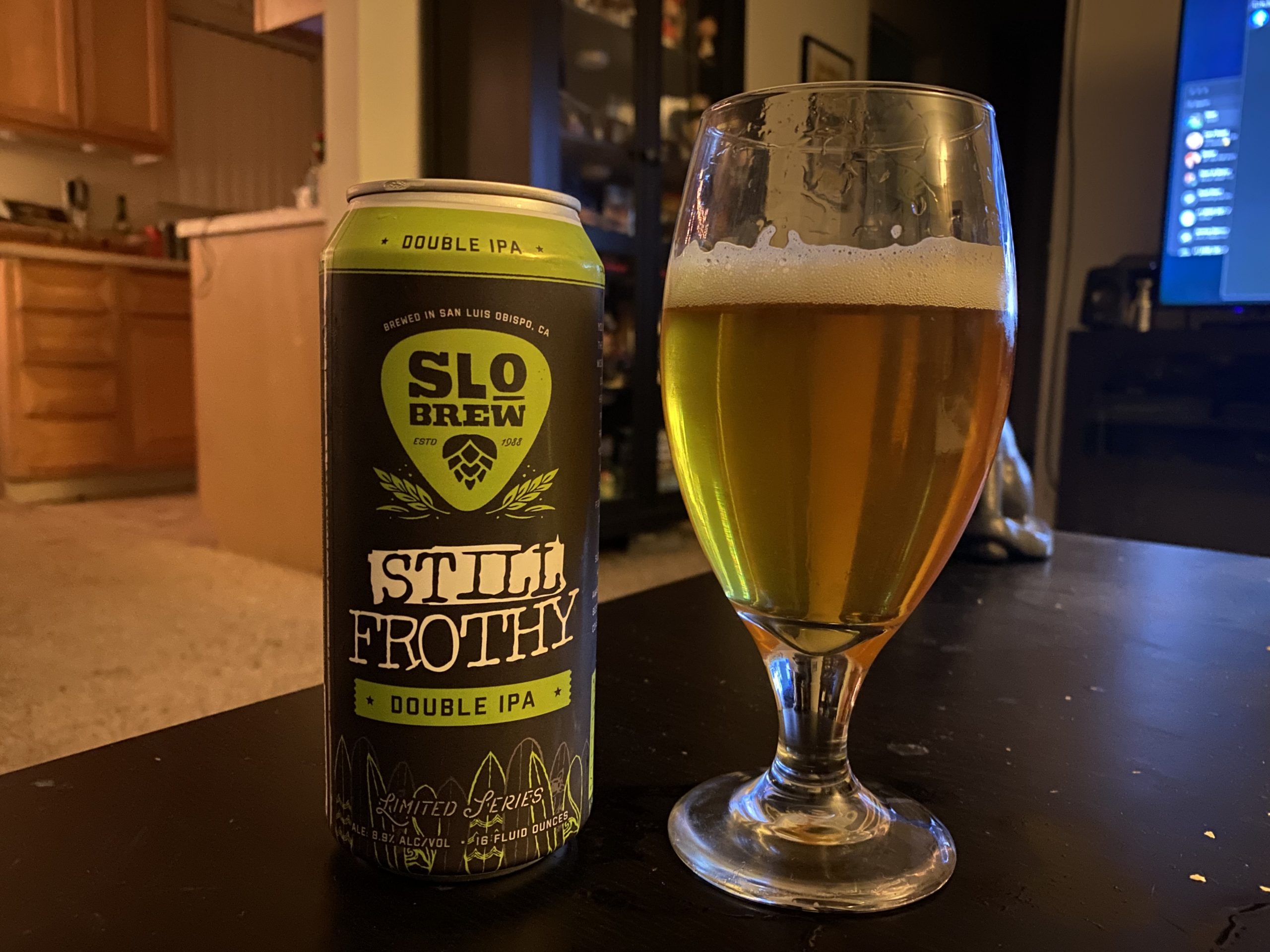 MOUTHFEEL/TASTE: Has a great mouthfeel with an excellent IPA bite and fruit finish.

FINAL REFLECTIONS: Slightly better than the Mustang IPA and much better than I remember it being. This rivals “Tomorrow’s Clear” in my opinion. Danielle didn’t think so this time around. We literally switched ratings a bit here.

FINAL THOUGHTS: Overall, a better offering from SLO Brew than the last pack we tried. This one had more focused flavors with an emphasis on IPAs and ales. It didn’t have a bad beer in the bunch and that’s a big win in our book.

NEXT WEEK: We will explore a follow-up tasting with our friends at North Coast Brewing Company!