This week, we went to our popular hangout, “SmokeEaters” in San Jose, California!

For the uninitiated, SmokeEaters is our local pseudo-sports bar chain with several TV’s showing several different sports and serving up fantastic chicken wings with several different sauces ranging from tame to “call an ambulance”. They’re also the home of the infamous “Hellfire Challenge” made famous by Adam Richman on TV’s “Man vs. Food”. This has to be seen to be believed. Check it out on YouTube if you get a chance.

Aside from that, SmokeEaters has 50+ beers on tap — and that’s where we come in.

With the help of our awesome bartender, Nate, we decided to taste five of the 50-plus beers SmokeEaters had to offer and give you our thoughts. 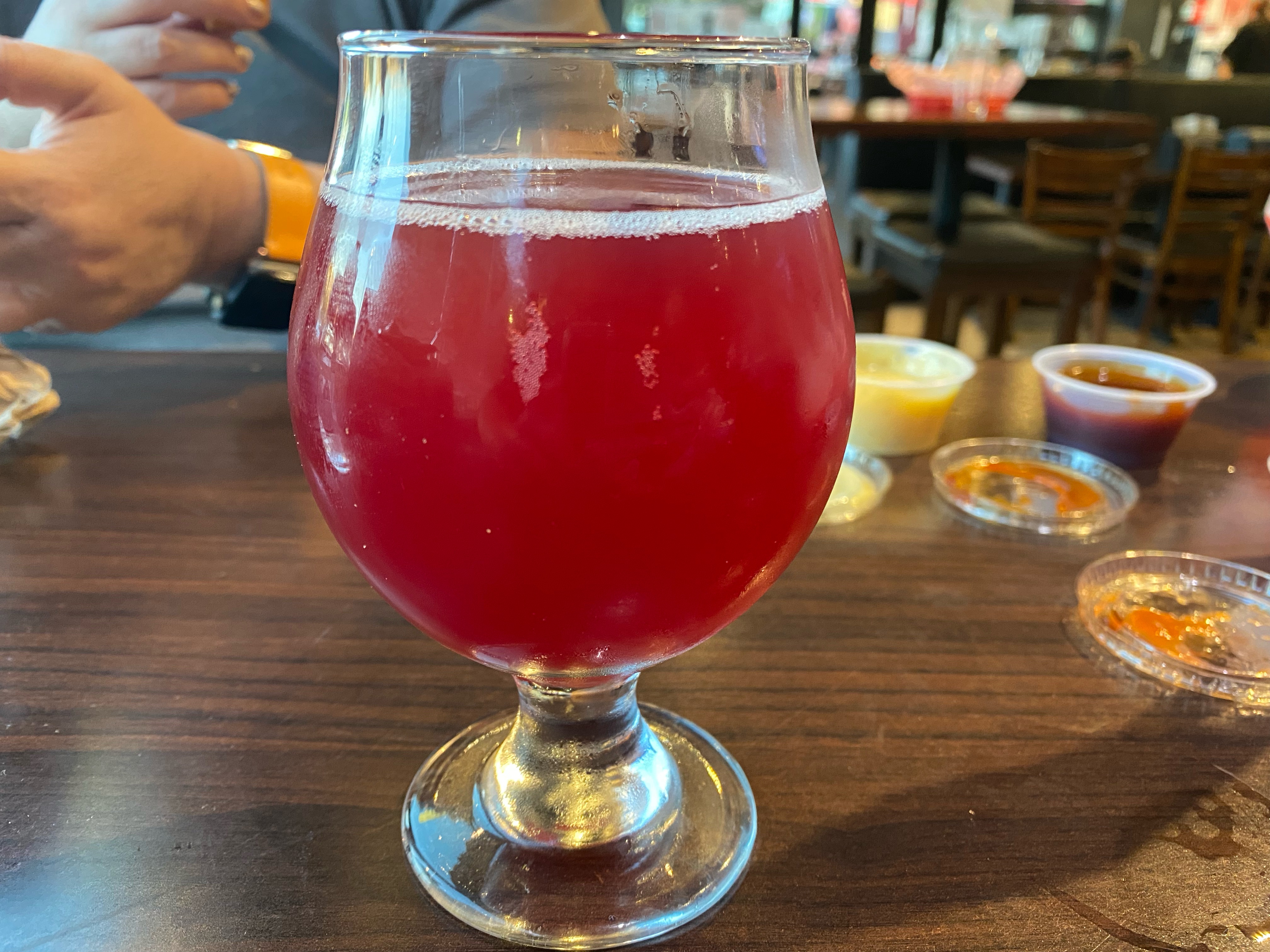 LOOK: Bright red with a quick dissipating head to it.

SCENT: Berries on the nose. Berries all day. Every single berry you can think of is here.

MOUTHFEEL/TASTE: A little thick on mouthfeel. Sweet, but not entirely sour. Decent if you like sour beers. A good beer to start with here. 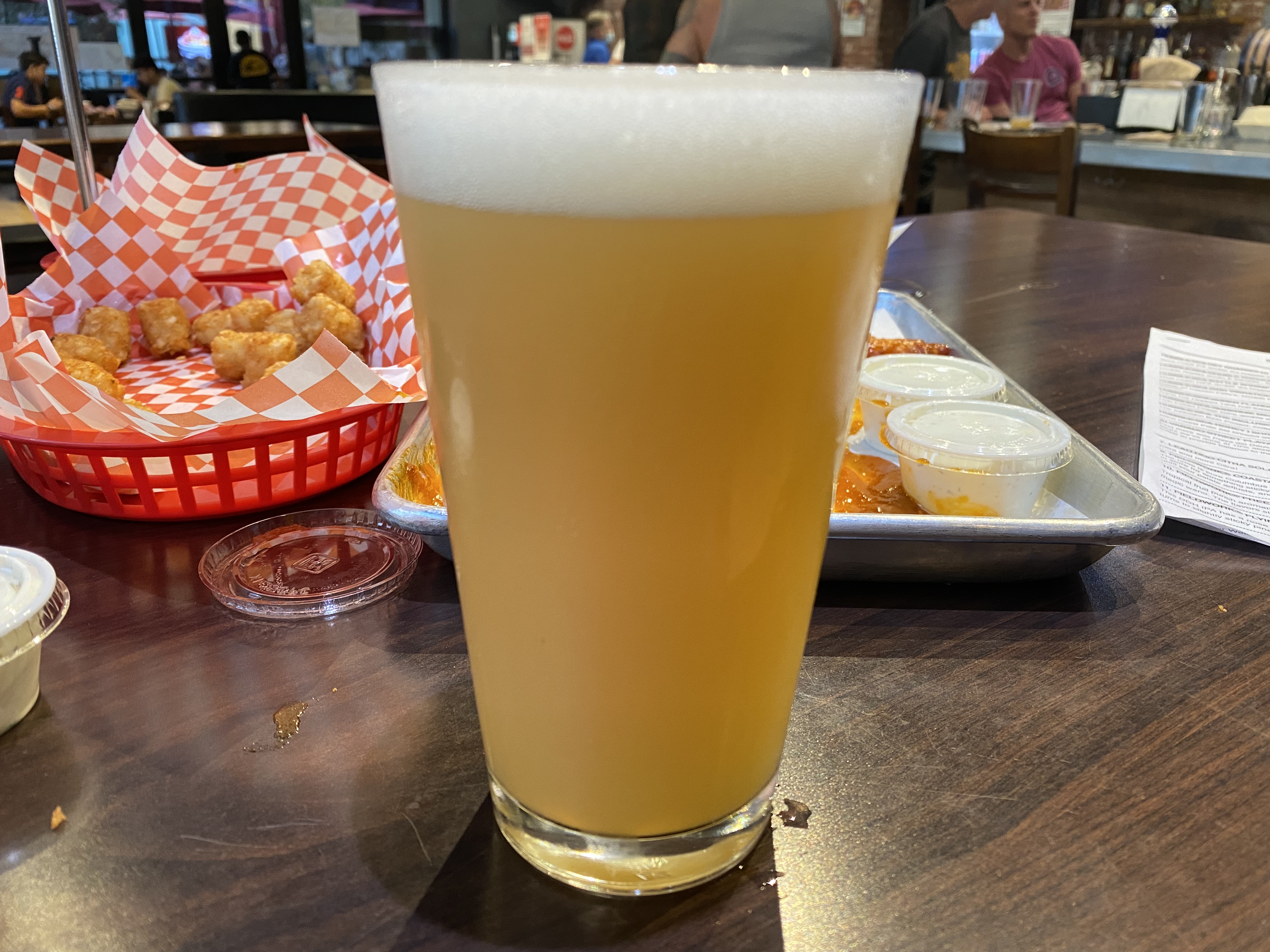 LOOK: Light gold and you can’t see through it. Like golden mud. 1/2 inch head which sticks around.

SCENT: There is a lot of tropical fruit to be had here: guava, pear, kiwi, orange, mango…you name it, it’s here.

MOUTHFEEL/TASTE: Thick mouthfeel. The fruit isn’t really present when you taste it, save for the orange and lots of hops, which is odd. The bitterness sort of overwhelms the rest of the beer but things begin to balance out once you continue on. 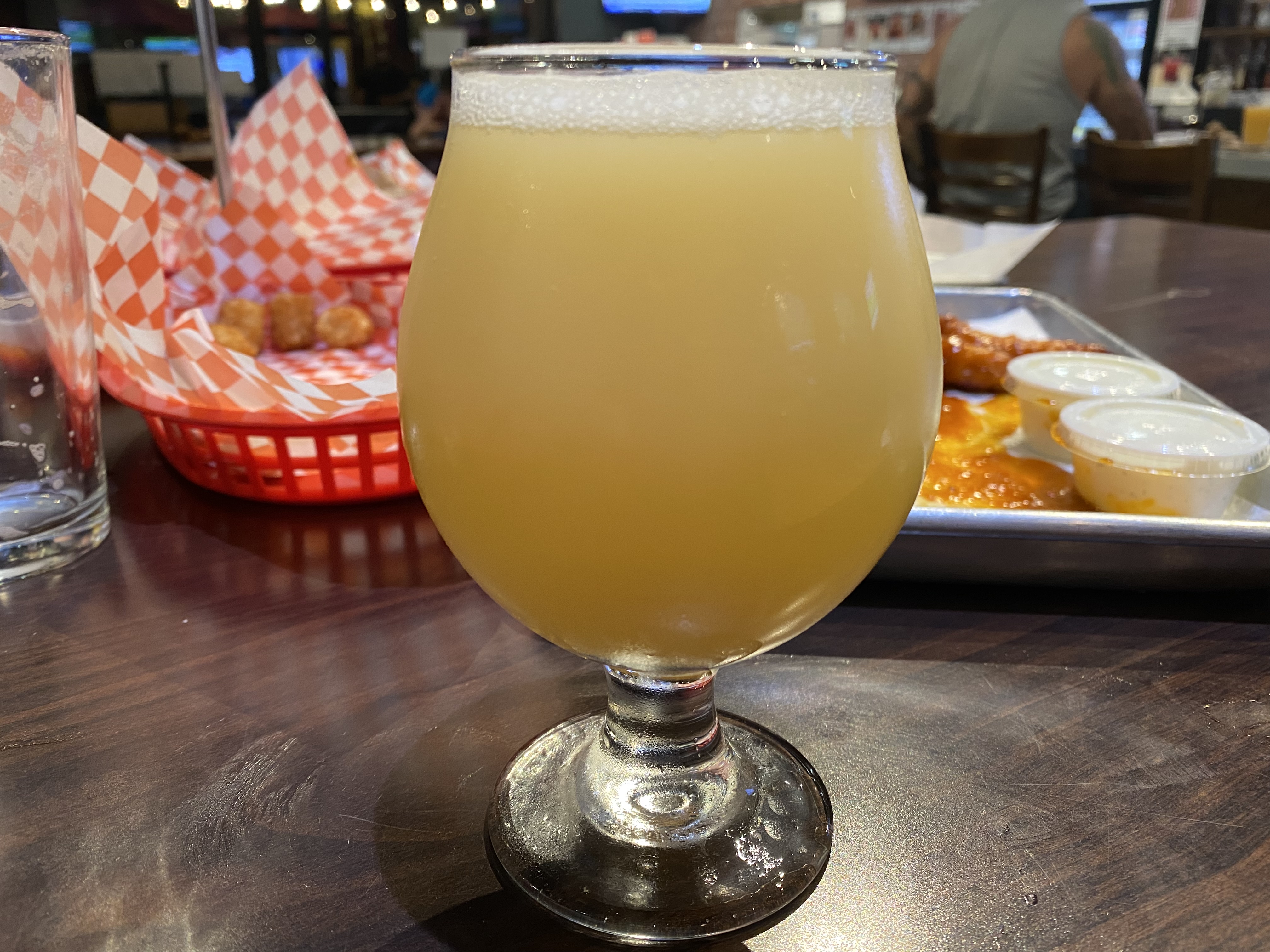 LOOK: A little lighter gold — but still muddy. You can’t see through it. Head dissipates but not as quickly.

SCENT: Like the beer before it, a lot of tropical fruit on the nose.

MOUTHFEEL/TASTE: Thick mouthfeel and a little dry but tasty with no bitterness. Very juicy with some coconut on the back end of it. This tastes a bit like a Pina Colada if you translated it to a beer. Very good. 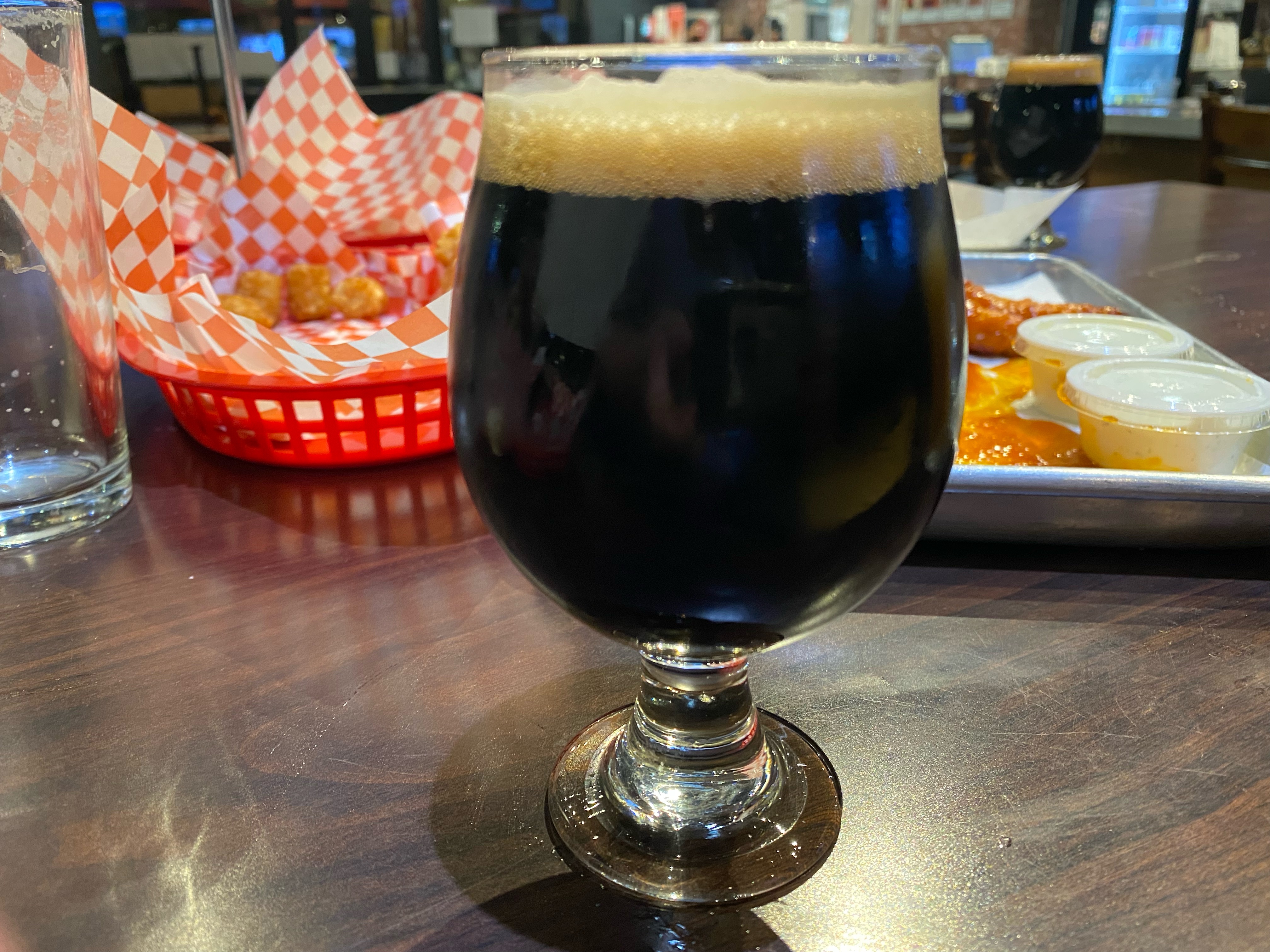 LOOK: Dark, as you’d expect a stout to be. Cannot see through it. Foamy head that sticks around.

SCENT: Coffee-forward. Some chocolate and a little bit of cream.

MOUTHFEEL/TASTE: Tastes like an iced coffee made into a beer. Would go well with a dessert. There’s no IPA-style bitter, but a lot of coffee-bitter. There’s some cream in there but no sweetness to balance it. 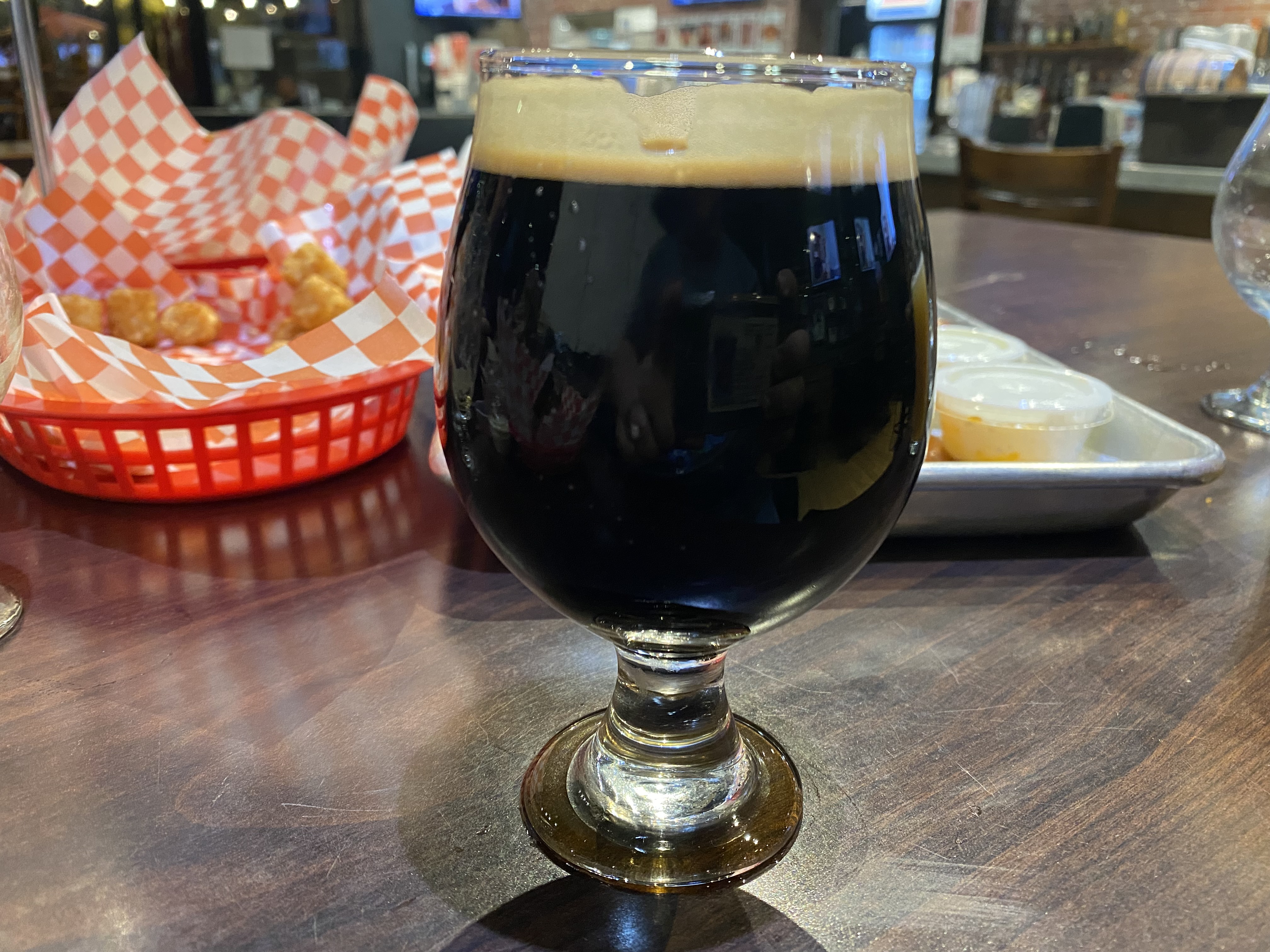 LOOK: Dark, as you’d expect a stout to be. Cannot see through it. Foamy head that sticks around, same as the last beer.

MOUTHFEEL/TASTE: Thick mouthfeel. Delicious combo of chocolate and LOTS of raspberry — almost to the point of becoming a sour-style beer. It’s nicely offset by the chocolate and tastes like a chocolate cake with raspberry filling. And, while it’s a 10% ABV, the alcohol is dangerously absent, which doesn’t affect flavor. This is slightly better than the last beer. This is the beer of the night.

A great tasting with only one misfire in “Free Transform”. The theme of the night, with the exception of the penultimate beer, seemed to be an emphasis on fruit with a sour, two “juicy”-style IPA’s, and a stout with an incredible chocolate-raspberry flavor, which turned out to be the beer of the night, according to both of us. Overall, a great night. We’d like to thank SmokeEaters as well as Nate, our bartender, who was very patient and diligent in serving us. Thanks, Nate!

Stay tuned for our next tasting coming next Friday! We leave you with our Post-Tasting…