‘Southpaw’ Review: It coulda’ been a contender 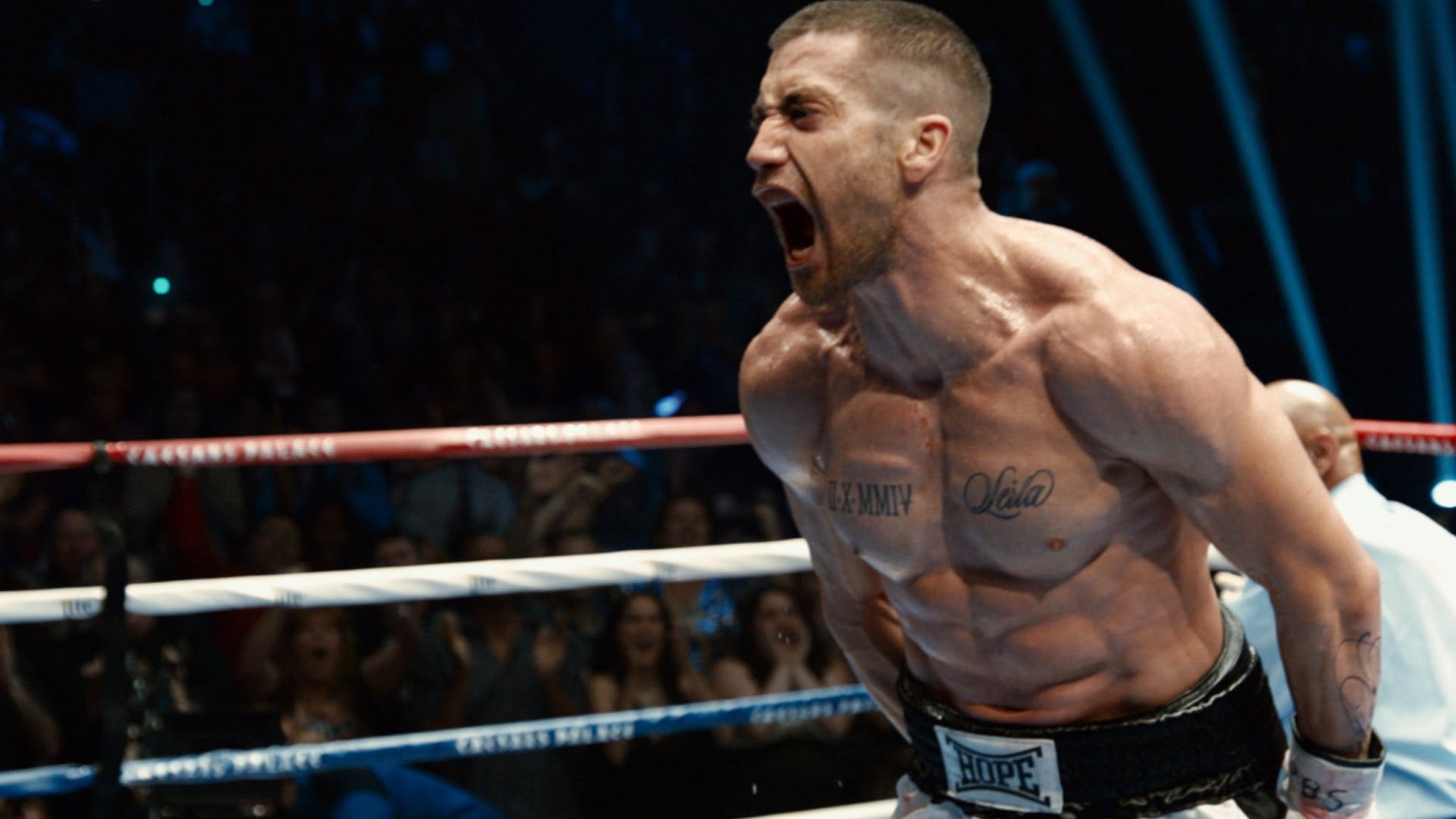 Leila Hope (Oona Laurence), angry and frustrated, sits on the floor with her father. She doesn’t use a bench with a table like all the other kids around the room. Like her dad, she’s rough around the edges, street-wise. Tough. She’s learned some new words in school and she needs him to help quiz her on her spelling.

He reads the word “Dismantled”. She spells it.

“Hopelessness,” he says. She spells it perfectly — then takes the paper away and declares the impromptu spelling bee over.

This is meant to be a serious moment in this movie. Instead, I found myself (and about half the audience) snickering. I doubt that’s a response the film’s creators were intending to illicit.

‘Southpaw’ is well-intentioned filmmaking. It wants to be great. It has “Oscar” on the front of its boxing trunks and one of those “actor transformations” that audiences, critics and Academy members still, somehow lose their collective shit over. If only it weren’t held down by a formulaic, forced, cliche-ridden script and generic execution.

Jake Gyllenhaal plays boxer Billy “The Great” Hope. Yup. The film revels in meat-headed metaphorical irony the same way a dog rolls in dirt after a bath. Hope’s the Die Hard Battery of boxing. He takes a pounding but always comes out on top. He seems like a cool character but, inside, he’s full of rage. When upstart challenger Miguel Escobar (Miguel Gomez) begins to taunt him, Hope pushes his agent, Jordan Maine (50 Cent), to get the match signed. Maine’s all over the idea with his “if it makes money” attitude.

The problem is that Hope’s wife, Maureen (Rachel McAdams) thinks that Hope’s on his way to permanent brain damage if he continues the path he’s on. He defends himself, propping up his record: a flawless “43-0” and appeals to her materialistic side, but Maureen isn’t hearing it. It’s all for naught anyway. Maureen dies of a stray bullet following an altercation between Billy and Escobar’s entourages at a fundraiser. But forget about all that. The cops simply ask Billy one question, then let him go because he “has to get home”. Investigations don’t exist in this movie. Something about a “lack of witnesses”. This is puzzling to me, since there were about 100 people in the hallway when the shooting happened, but screw it. Nothing gets in the way of a redemption story!

From here, Billy has a fall from grace so improbable, it makes Lindsay Lohan’s antics look subtle. ALL of his money suddenly “dries up” due to “overdue bills and taxes”. That’s not how that works. I may not be a millionaire but that’s not how that works. There’s an insinuation that Maine bled him dry but the movie never really stops to explore that. In any case, the bank takes every single thing he owns and to complete this Book of Job-esque trip through hell, his daughter is subjected to the state’s Child Protective Services agency where caseworker, Angela (Naomie Harris), makes Hope feel less than, uh…hopeful. What’s Billy to do? He wants to fight again. So, he enlists the help of Tick Wills (Forest Whitaker), this film’s equivalent of Pai Mei, the bearded master sensei in Kill Bill. He’s one of those retired, grizzled (I love that: “grizzled”) boxing movie characters whose sole reason for existing is to help redeem wayward characters who want to box somebody with their life on the line. When he reluctantly accepts, he teaches Billy new stuff like “sticking and moving” and “defending himself”. For somebody with the kind of boxing record Billy has, you’d think he knew that already but, no. Wills is there, teaching him. About ten minutes later, he’s ready to fight Escobar with everything on the line.

The movie is written by Kurt Sutter who is no stranger to grit and violence. He’s the creator of FX’s Sons of Anarchy and also wrote several episodes for the acclaimed drama, The Shield, so it’s ironic to me that his script is under-developed and lacks focus. His ideas are just that: ideas. Each unfortunate thing that happens to Billy/Leila isn’t explored or fleshed out in a manner that would make the proceedings more interesting. Who shot Billy’s wife? Did Escobar know about it? What makes Escobar tick? What happened to Billy’s money? Why did it vanish so quickly? Why is Angela accompanying Billy’s daughter to Vegas if he was awarded full custody of Leila? Simply exploring the notion that it was Escobar or somebody in his entourage who accidentally shot Maureen would have generated more sympathy for Billy and made the entire final bout worth an audience’s time and energy. As it is, none of this is sufficiently answered and Antoine Fuqua’s hyper-kinetic depictions of life in the ring doesn’t do the film any favors, either. Fuqua (director of Training Day and The Equalizer) seems more interested in showcasing goofy, POV, in-ring camerawork. Billy’s fights, while stylish, seem to be inspired by Scorcese’s “Raging Bull” but Fuqua tweaks it so it’s less “Scorcese” and more EA Sports Fight Night for Playstation 3. Fists punch directly into the camera and it’s hard to tell who’s throwing the punches because the style just doesn’t work.

Gyllenhaal, himself, looks like a video game character. A lot’s been said of how much he trained and worked out for the film, about how he looks like he actually belongs in a boxing ring. Am I the only one who’s apathetic about this? Yeah, he looks impressive, but the performance is mixed. At times, he’s effective — especially in scenes with Laurence, who truly steals the show as his tough-as-nails pre-teen daughter. At other times, it’s Gyllenhall playing Eminem (who was initially going to play Billy) playing Rocky. Every single line has Stallone’s trademark monosyllabic East Coast accent and there’s no real nuance or complexity past the fact that he’s an unlucky meathead, so I’ll be bold enough to declare that his extensive physical transformation is lipstick on a cinematic pig. The same goes for Rachel McAdams who spends over half the film straddling Billy or making seductive overtures and poses in tight body dresses, lingerie and/or bikinis all while the script insinuates that she’s the gentlest of gold-digging shrews. There’s even a scene where Billy reminds her that his money has “paid for the dress she’s wearing”.

For all the hype and praise that accompanies this movie, “Southpaw” is nothing but a disappointing, cliched re-hash of earlier, better movies of its kind. It brings nothing new to the genre and that’s a shame. It coulda’ been a contender.