It’s a Saturday night bonus show as we continue to commemorate the first week of December the “12 Days of IPA” mixed pack which features 12 different IPA flavors from Stone Brewing! Here, you’re going to see quite a few flavors we’ve already documented plus a few new ones we haven’t had yet.

So, pour yourself your favorite alcoholic or non-alcoholic beverage, sit down, kick back, and chill with us while we delve into the second night tasting “The 12 Days of IPA” from Stone Brewing!

Our next beer is… 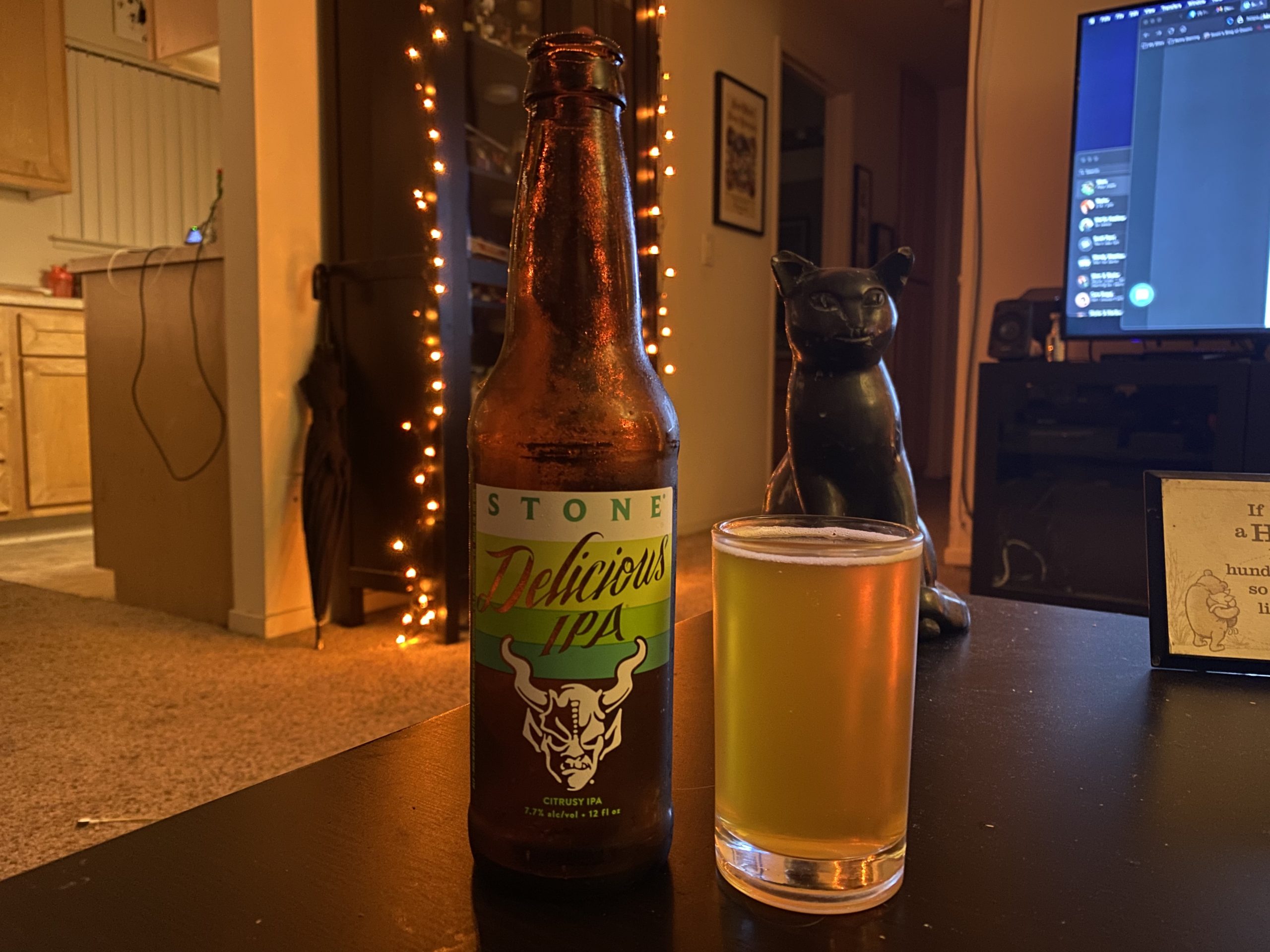 MOUTHFEEL/TASTE: Thin mouthfeel with a nice malt and citrus, a bit of tropical sweetness — but offset by bitter, dry hops.

FINAL REFLECTIONS: This IPA is executed better than Stone’s “Stone IPA”. It’s has a lot more going on and is a little more complex. There’s a nice sweetness and maltiness than the regular Stone, and some citrus on top of that. The hops are dry all the way down but the beer is nice and crisp and refreshing overall. 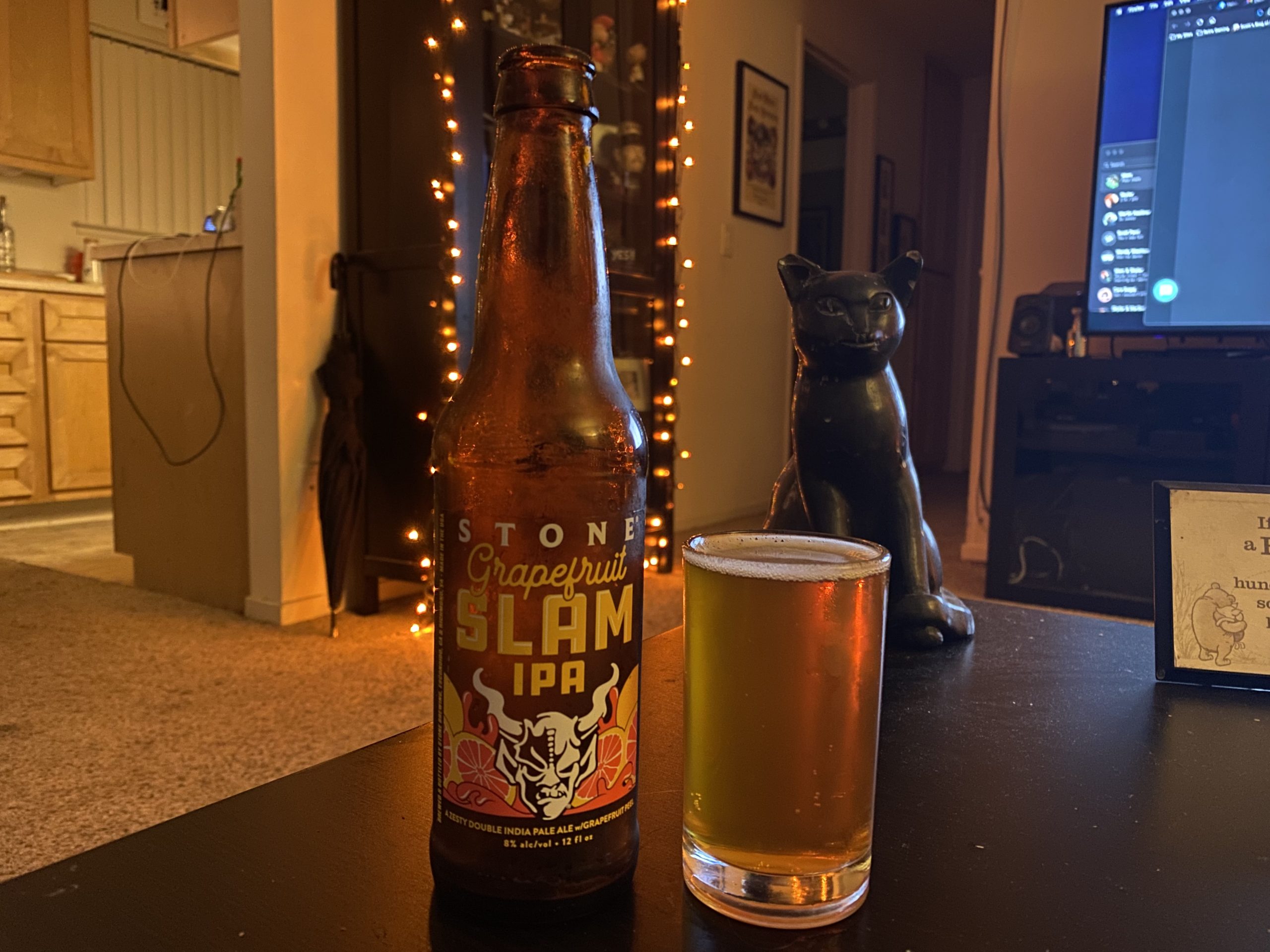 MOUTHFEEL/TASTE: Thin mouthfeel with some very nice malt flavor which blends beautifully with the grapefruit.

FINAL REFLECTIONS: A very sweet and deliciously tart IPA. There’s a beautiful blend of grapefruit and malty hops, mixed with a bit of pine bitterness and citrus. This IPA shines and is insanely bright and refreshing. 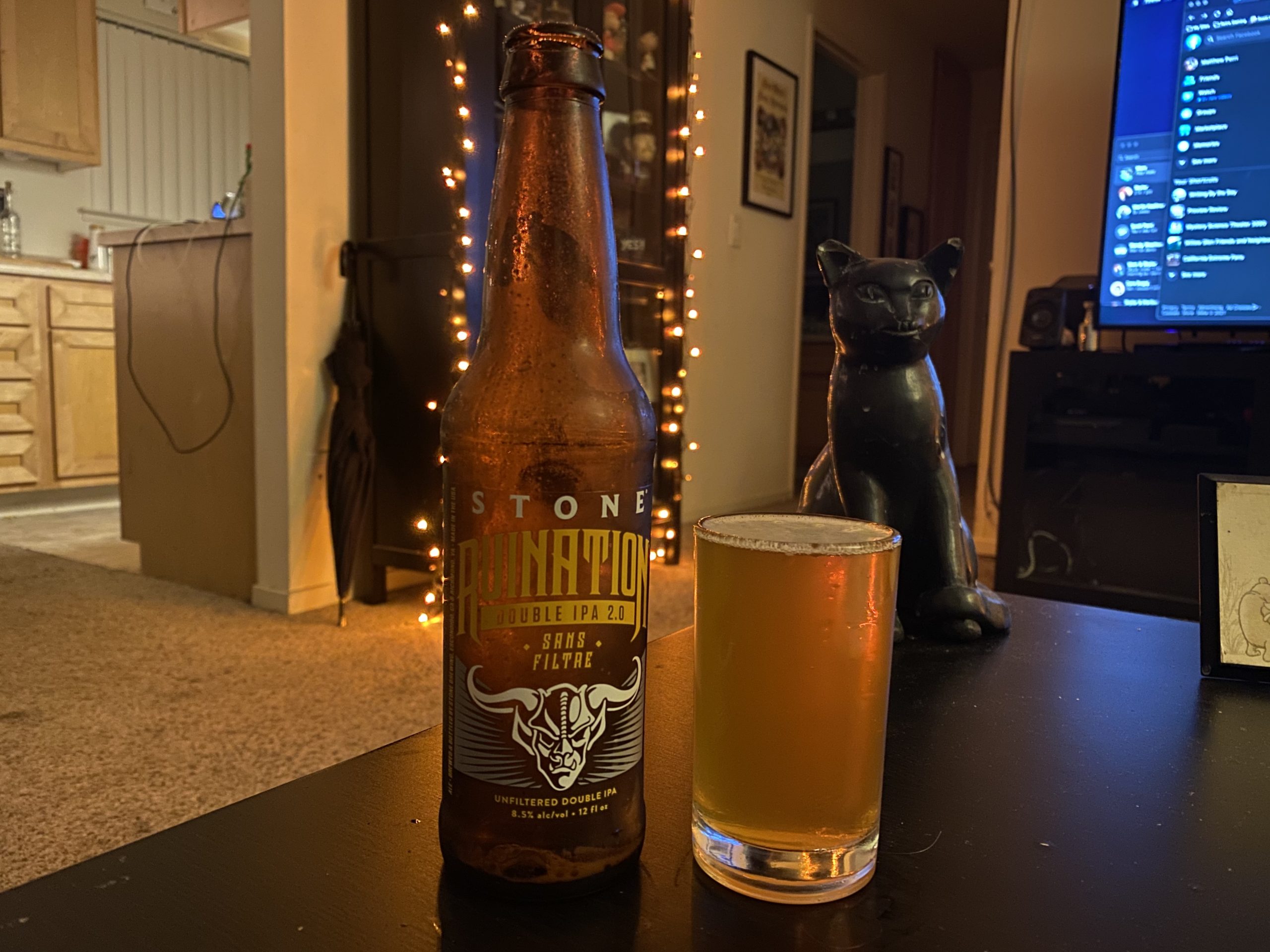 MOUTHFEEL/TASTE: Slightly thick mouthfeel with resin and pine hops and a beautiful, crisp citrus flavor. This IPA also has some bite — but not as pronounced as their other IPA’s.

FINAL REFLECTIONS: This is a beautiful and refreshing IPA, very smooth. The pine and hops are perfectly balanced and bright citrus helps things along as well. This IPA is a work of art and another winner from Stone. 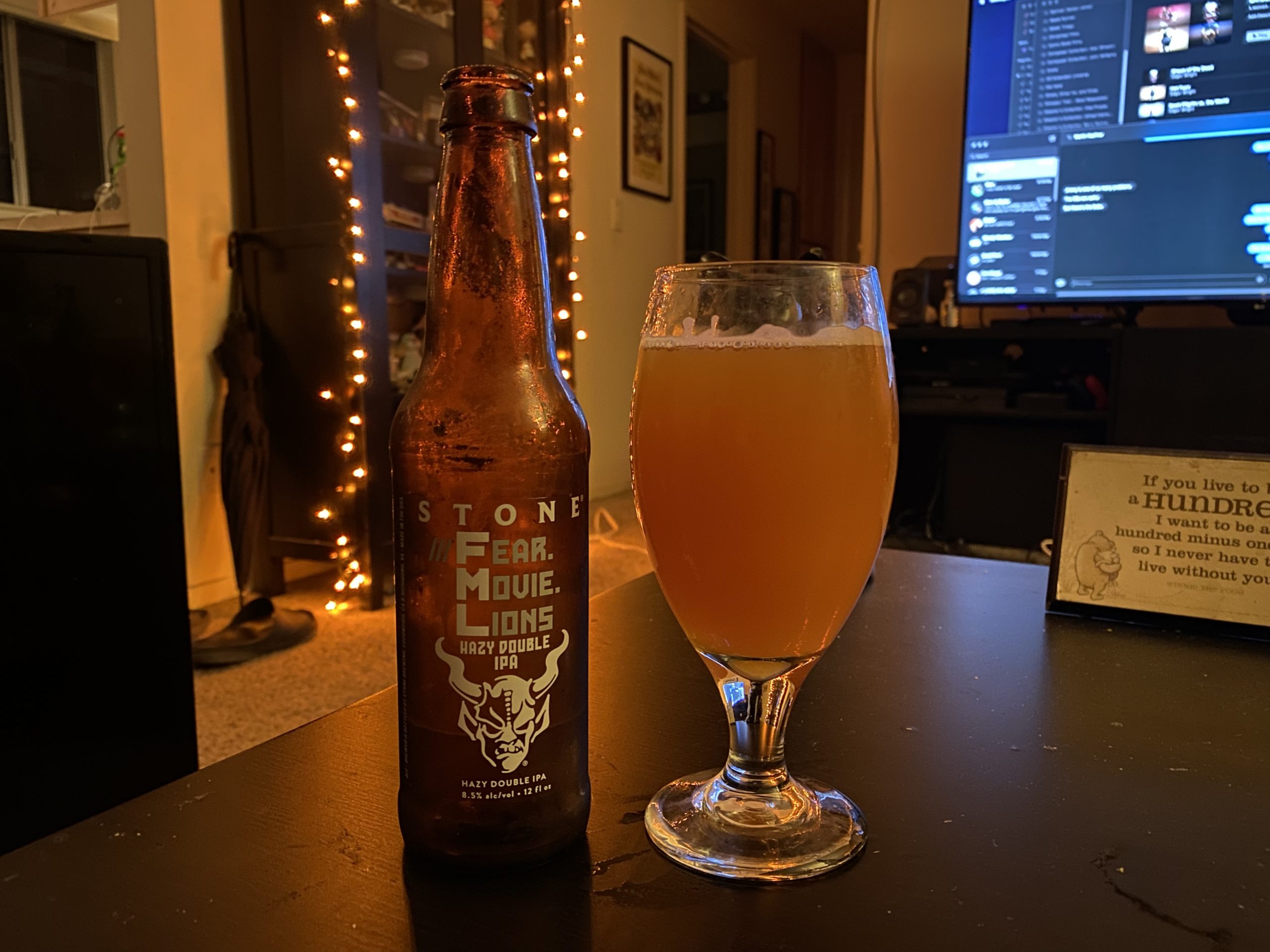 MOUTHFEEL/TASTE: Slight thick mouthfeel. All the flavor I mentioned above is perfectly balanced and refreshing.

FINAL REFLECTIONS: FML (HA!) is one of the best beers Stone has ever produced and one of the best I have ever had. It has a great balance of hops, carmel, malt, and pine with the big bite Stone is known for at the back end. This beer is a meditative revelation. Outstanding. 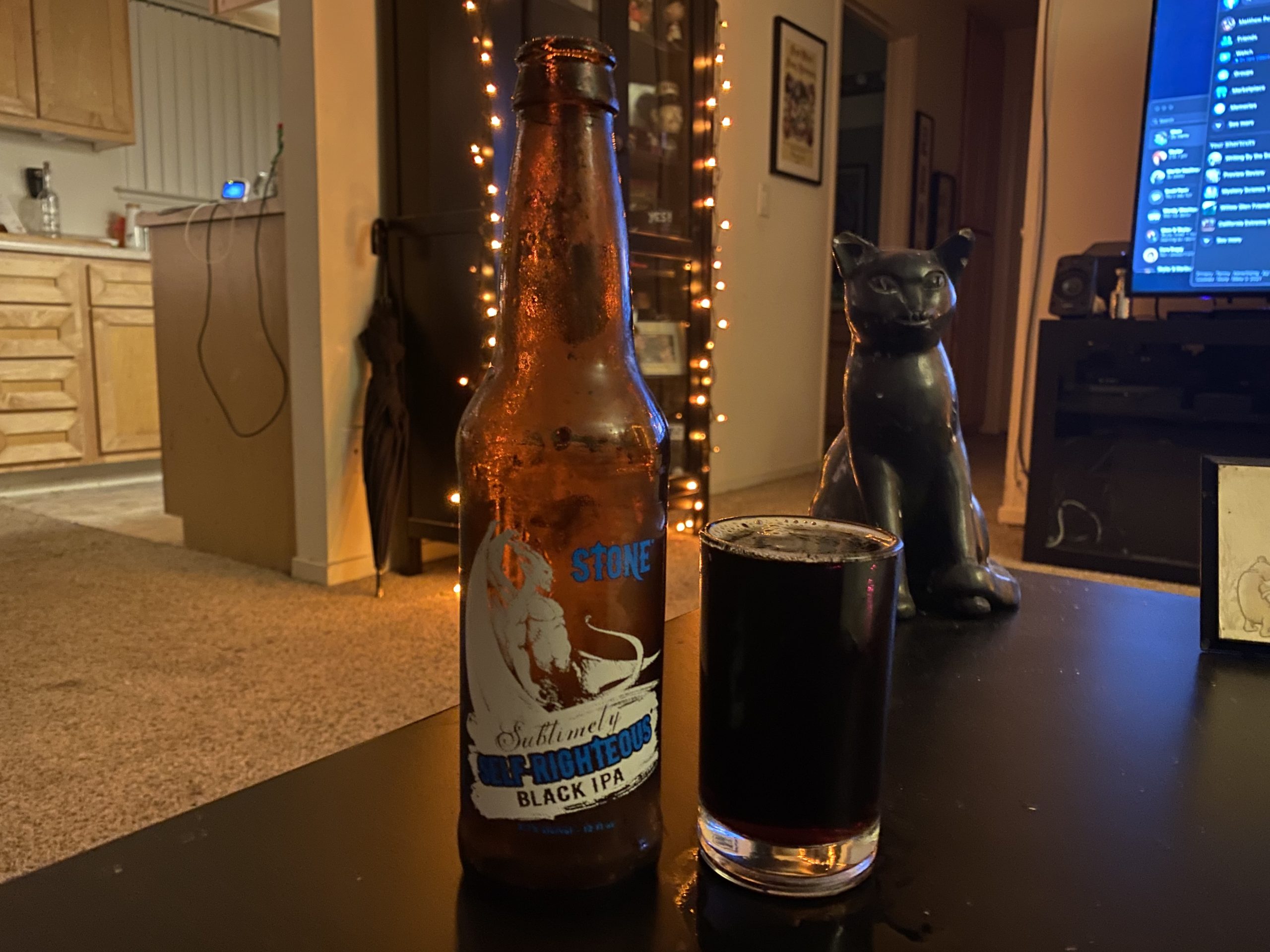 SCENT: Some coffee on the nose, some sweetness

MOUTHFEEL/TASTE: Slight thick mouthfeel. Black coffee and I swear there’s some spice here as it feels like there’s a pepper burn. Roast malt hops as well on the finish.

FINAL REFLECTIONS: This is a good dark IPA with a little complexity. The coffee is expected but that black pepper spice isn’t and that’s what saves this sucker. It’s still not the best IPA I’ve ever had but it’s fun to drink. 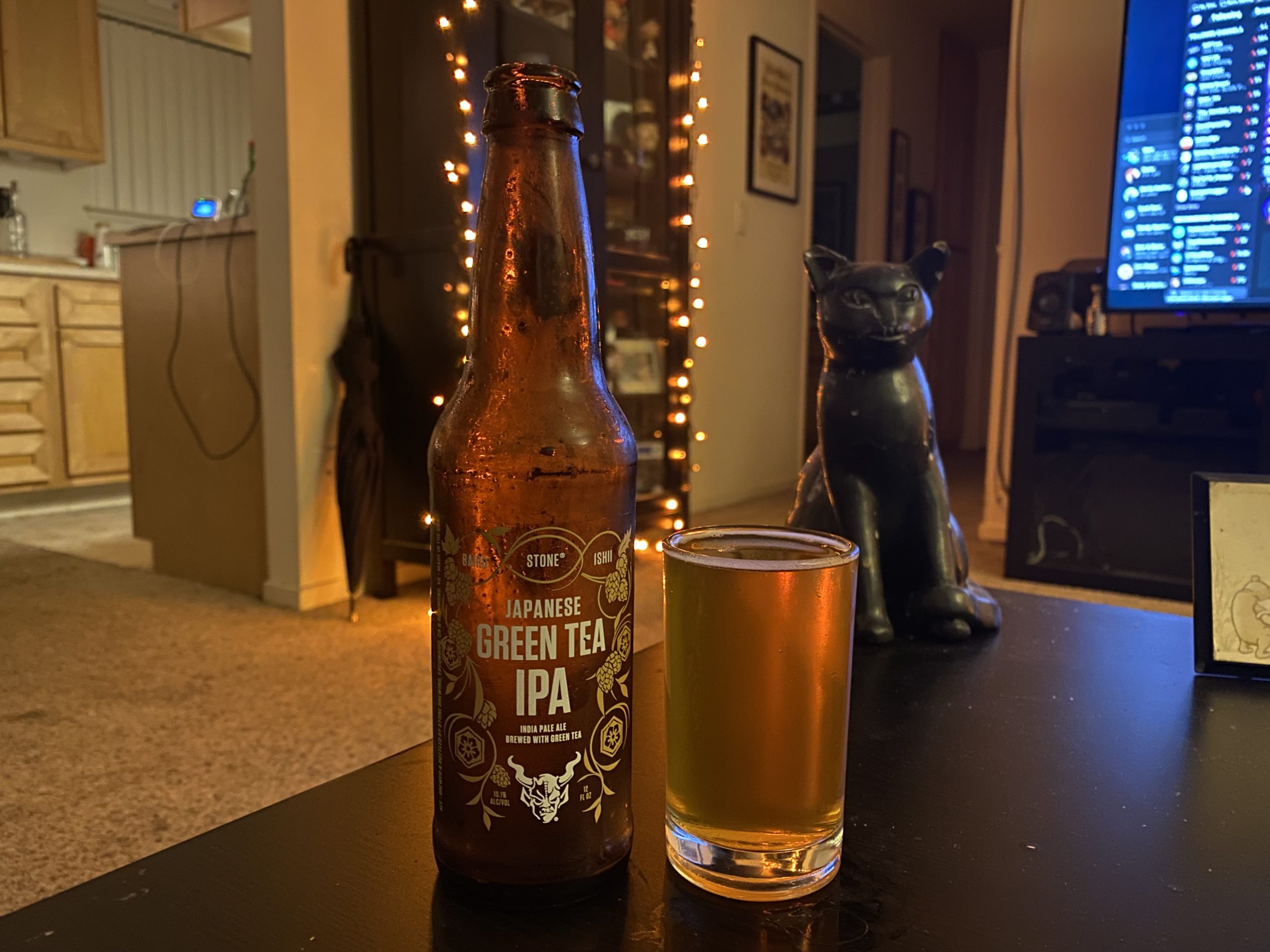 MOUTHFEEL/TASTE: Slightly thick mouthfeel. Green tea herbal flavor is upfront along with malt and alcohol. An interesting and bold choice for a brew.

FINAL REFLECTIONS: Stone Brewing claims to have released this ten years ago but I haven’t seen it until now. This is an outstanding beer. Danielle liked it slightly better than I did but both of us enjoyed this brew.

FINAL THOUGHTS: Night Two of the “12 Days of IPA” mix pack from Stone Brewing was excellent, a much better selection of beers this time around. The Grapefruit Slam was a surprise as was the Black Ale and the Green Tea IPA. Overall, a solid showing of Stone’s repertoire. We really enjoyed this.

NEXT WEEK: To be announced! Stay tuned!