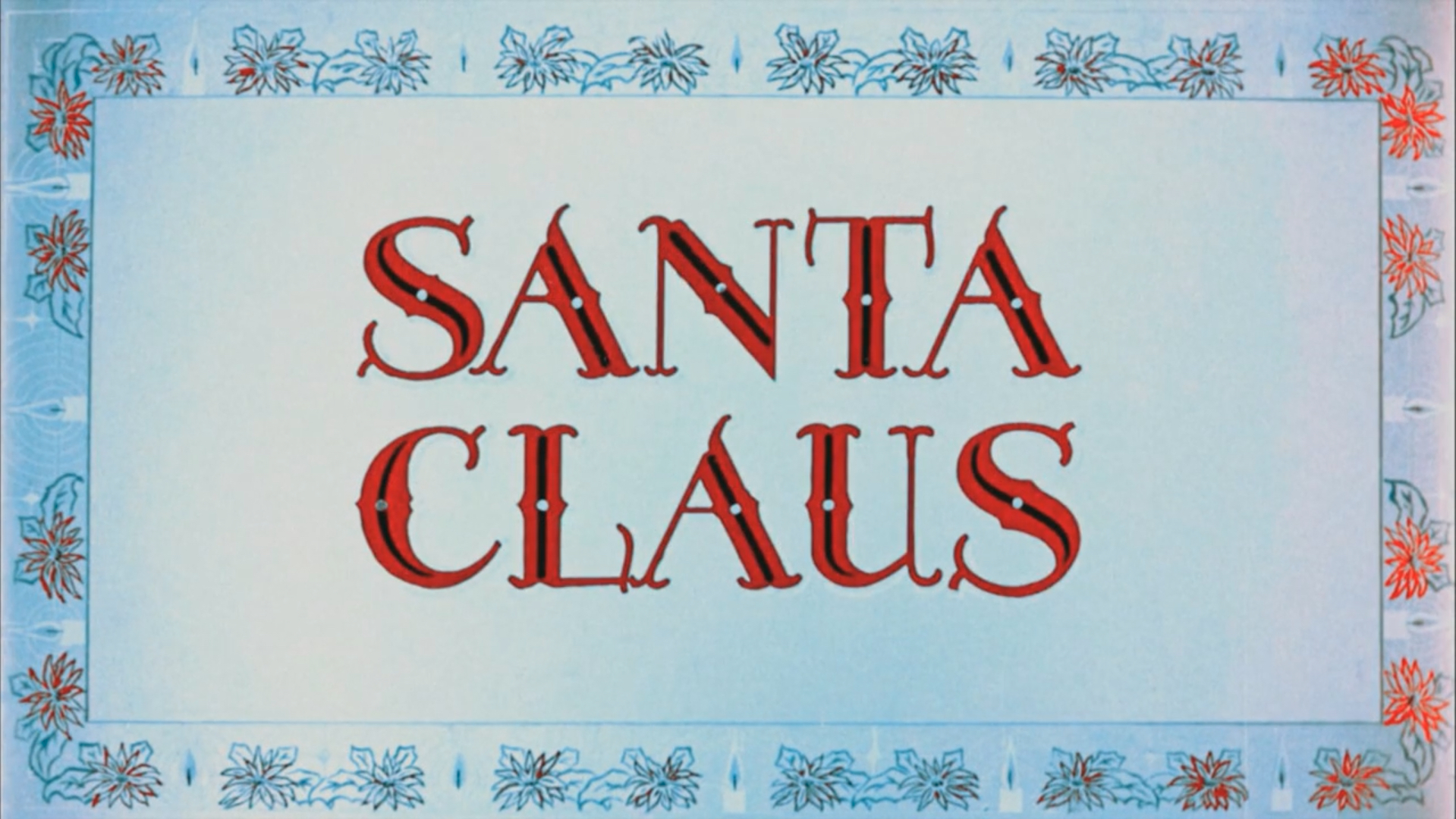 WHAT IS IT?: Quite possibly one of the WORST Christmas films ever made…hell, it’s one of the worst FILMS ever made. So much so that Mystery Science Theater 3000 riffed it — and then, when the cast went on to do RiffTrax, they riffed it again. It was also the subject of an episode of the podcast, “God Awful Movies”. Fun fact: the episode of MST3K that featured this film coined the phrase “nightmare fuel”.

THE PLOT: Oh man…try to keep up…Santa Claus (Jose Elias Moreno) doesn’t live in the North Pole. He lives up in “the clouds” in a “golden castle” which isn’t even slightly golden. He has a full range of child slaves from every single country in the world and uses a giant tube with a huge eye on the end of it to spy on Earth kids. If he wants to hear them, he has a huge ear on a satellite dish. He also has his “reindeer” which aren’t real and are creepy, mechanical abominations which have to be wound up like a music box in order to “fly” — and they have an insidious, horrible “cackle” which insures that you’ll have nightmares for years to come.

Santa pays close attention to a little Earth girl named Lupita (Lupita Quezadas) who is poor like her family. Regardless, she hopes that Santa will bring her “a dolly, any dolly” so that she will be happy. The problem? Pitch (Jose Luis Aguirre), one of Satan’s minions (trust me, I wish I was kidding), is looking to corrupt Lupita and make her steal her doll, thus setting the stage for a battle between Santa…and Satan’s goofball sprite for the soul of a little girl.

Oh! Also for got to mention that Merlin is the one behind Santa’s weird friggin’ technology. 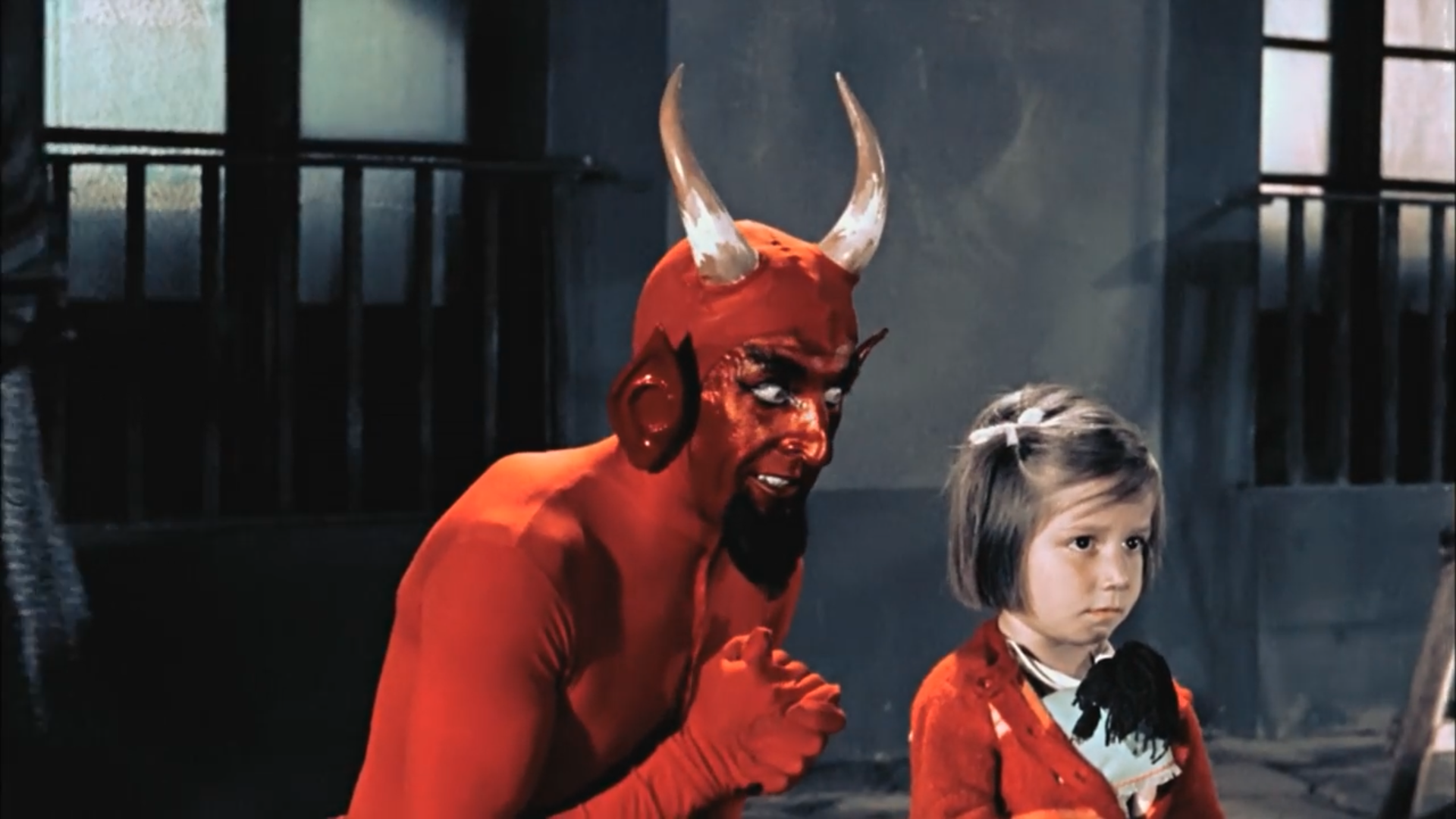 WHAT DID CRITICS THINK?: TV networks thought it was a “classic” being that it was a huge financial success. Watching it now…ouch. It’s bad. It’s so bad. I’m not sure if any station would air it again being that it’s incredibly racist and creepy.

WHAT DID I THINK?: You probably know my opinion by now. I first saw this on MST3K and, while it’s insanely funny as an episode, the film, itself, is terrible from beginning to end. The production design is actually pretty good and the sets are fairly beautiful and the color is magnificent — but that’s where the praise ends.

The opening scenes where we see Santa’s “children” is mind-bogglingly awful with every cultural stereotype being exploited. It’s painful to watch. I mean, even if you didn’t have that element, the fact remains that Santa still employs 5-year-old children in his space castle. Then there’s Santa and his battle with Satan and Pitch. I mean, I don’t claim to know everything about Biblical scripture…but I fail to remember the part in the Bible where Santa battles Satan…nor do I ever remember Merlin being involved with Santa in any way, shape, or form. The Marvel Cinematic Universe, this isn’t.

I do have to say that Lupita Quezadas is ADORABLE as Lupita and is the saving grace of this movie.

But that’s not saying much.