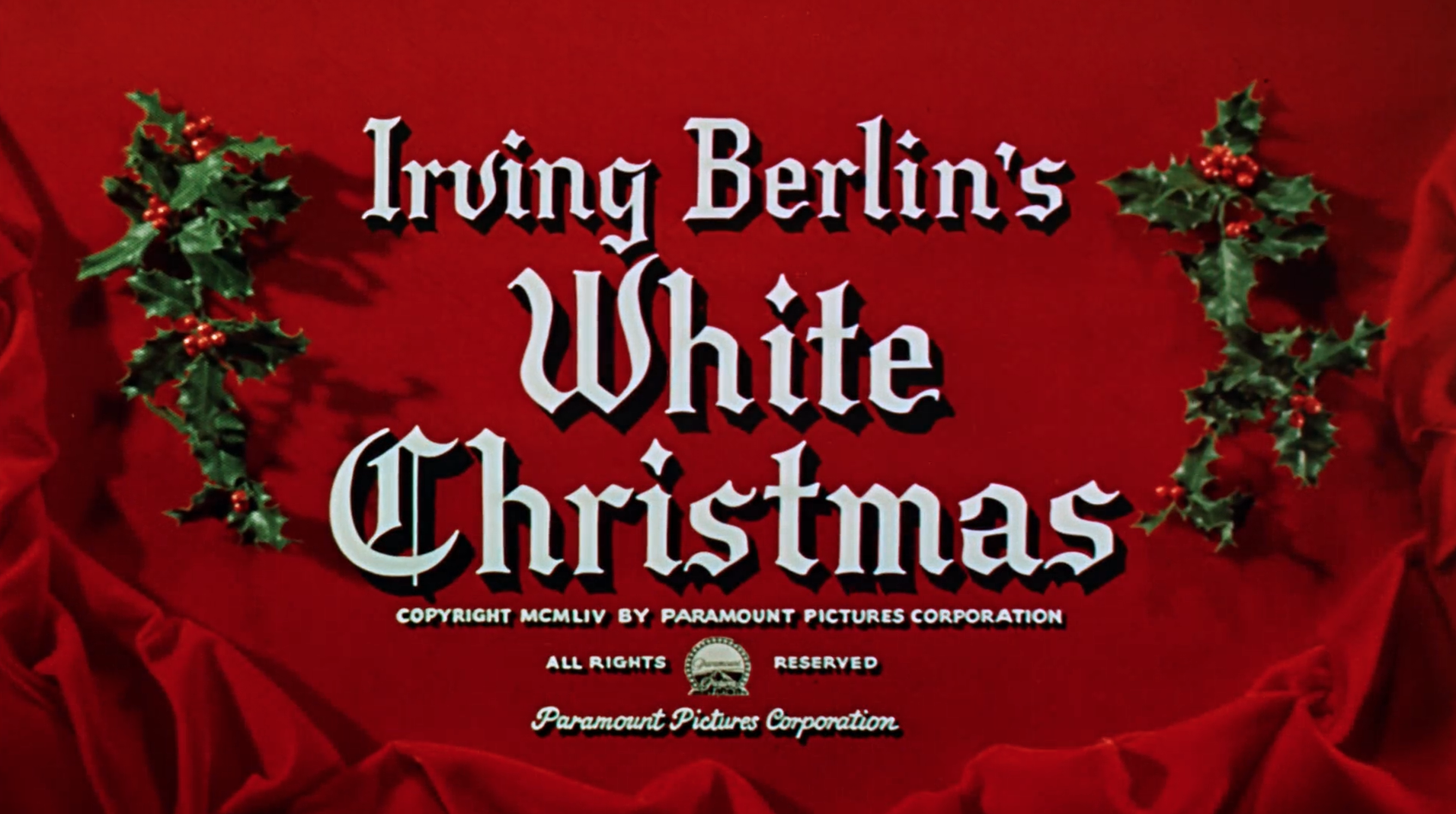 WHAT IS IT?: Another Christmas musical starring Bing Crosby as he sings the song “White Christmas” (among others).

THE PLOT: Following World War II, Captain Bob Wallace (Bing Crosby) and Private Phil Davis (Danny Kaye) go on to create a successful song and dance act which evolves into a producing partnership. Together, the duo produce the hit musical “Playing Around”, which attracts national attention and prompts a former Army buddy to ask them to review his sisters’ new musical act.

When they do so, the boys end up falling for the sisters and go with them to Vermont for the Christmas holiday, only to find out the quiet resort they’ve arrived at is run by their former squad superior — and the resort is in danger of going under because nobody is staying there. With the girls’ help, Bob and Phil come up with a solution: putting on a big show broadcast nationwide for everyone to see.

WHAT DID CRITICS THINK?: Critics praised the film for its use of color and the chemistry between Bing Crosby and Danny Kaye and the film has had a lasting legacy beyond its initial release.

WHAT DID I THINK?: White Christmas was a film I finally saw in 2012. It’s not wholly remarkable. It’s fluff. But it’s Christmas fluff and I will gladly welcome Christmas fluff into my collection provided it’s not an incompetent mess. Maybe it’s the fact that I was in a bit of a lonely place following the end of a relationship I was in and I needed some old school warmth that reminded me of watching old Christmas movies with my late grandmother.

White Christmas is probably one of the best vintage Christmas films I’ve ever seen. Bing Crosby and Danny Kaye are a perfect team, the songs and dance sequences in the film are beautifully shot and the use of color (Paramount’s VistaVision is in play here) is breathtaking. The film has some memorable moments, including the party that opens the film as Crosby and his men say good-bye to their superior officer. Of course you know they’ll meet him later and that it will set up the big finale at the end of the film…but that’s the whole point. That and the easy-going romantic connections made along the way.