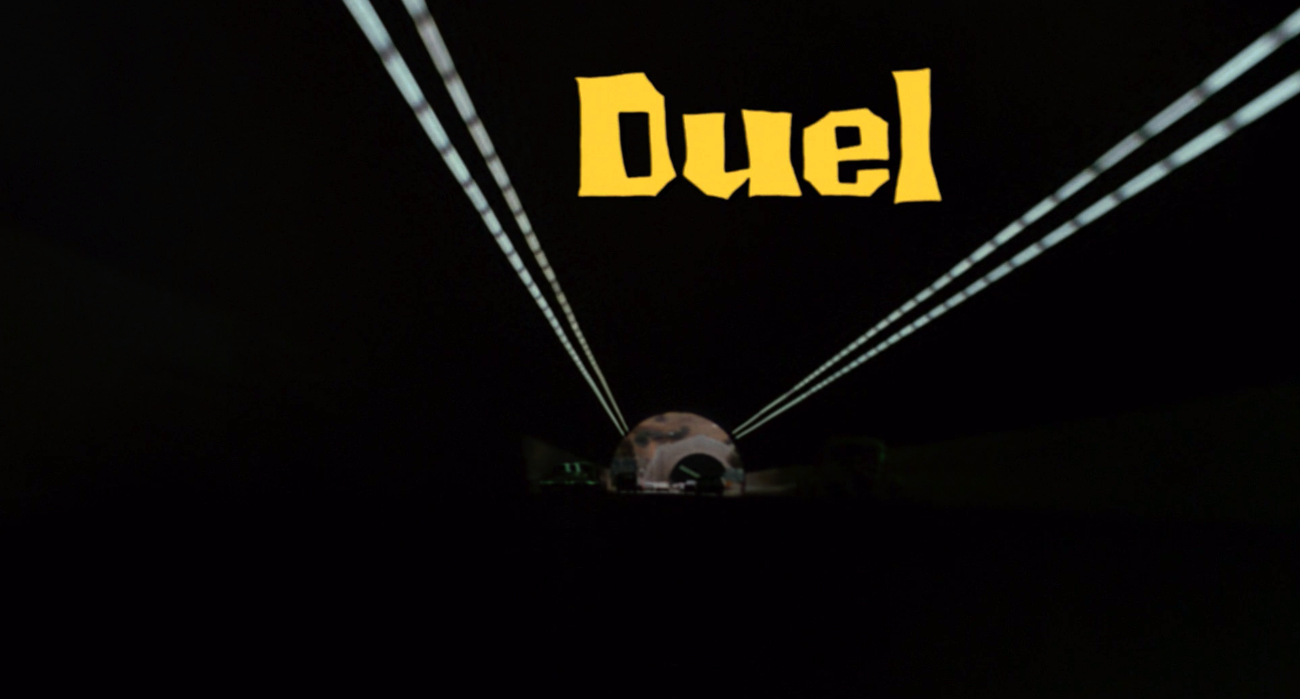 DIRECTOR: Steven Spielberg. Seems so weird to have gone this far without a Spielberg joint in here, but that’s the kinda list this is.

WHAT IS IT?: Steven Spielberg’s very first feature film, written by the late, great Richard Matheson, author of such novels as “Hell House” (made into a film we already covered), “Stir of Echoes”, “What Dreams May Come” (made into two films of the same name), “Bid Time Return” (made into Somewhere in Time), and “I Am Legend” (made into the forgettable film with Will Smith). It’s a hell of a film, Hitchcockian in execution.

THE PLOT: David Mann (Dennis Weaver) is a salesman on a business trip. He’s on the outs with his wife and alone, driving several miles through the California backroads. When he approaches a tanker truck with black smoke billowing from it, he passes around it and succeeds — but not before he impatiently honks at the driver. After continuing on his way, the truck approaches at a high rate of speed and passes him as a sign of childish revenge. 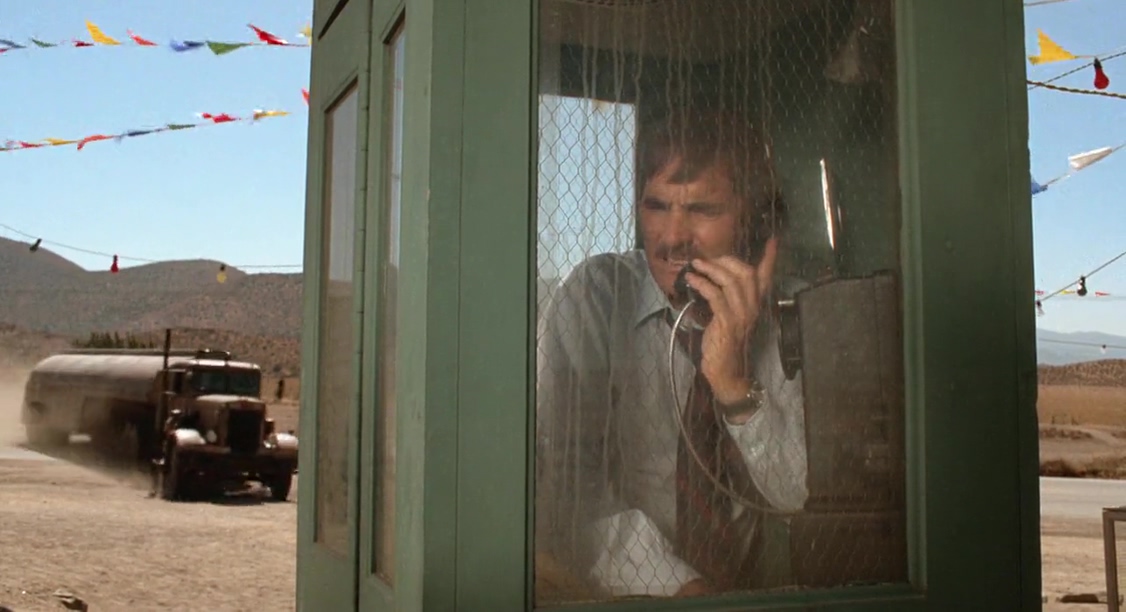 WHAT DID CRITICS THINK?: The film received a couple awards for its troubles and it also earned Steven Spielberg his entire career. Over the years, the film is seen as a classic, inspiring a multitude of filmmakers and films, The movies Joyride, Breakdown, and Quentin Tarantino’s Death Proof are inspired by Duel.

WHAT DID I THINK?: I first saw Duel with my Mom who rented it for me after selling me on the simple premise: “This truck driver won’t stop following this guy…and you never see the truck driver’s face.”

She’s right. The movie has an insanely simple concept — but, considering all the copycats who have tried to do the same thing Spielberg did in the 1970’s — and failed — the movie is a classic.

The film starts with Mann’s car backing out of a driveway and gives us his point of view: driving through the city in which he lives, through some of the tunnels on the outer edges of Los Angeles, and then he treads deeper into the unknown where he eventually meets The Driver. The truck is ugly, brown, stained, emitting black smoke and it’s portrayed as a mechanical monster to Mann’s smaller car.

Dennis Weaver is the perfect everyman in the situation. You buy his fear, as well as his resourcefulness.

At times, Spielberg films the charging truck with the “Vertigo Effect”, making it appear as though the truck is going to eat and swallow Mann’s vehicle whole — just like the shark in JAWS.

It never relents until the final frame where Mann, exhausted from the ordeal, sits on a cliff, overlooking a valley drenched in the sun.

Duel is an amazing film.