WHAT IS IT?: This might be a long review. For that, I apologize.

It’s not often that I get to write about pure art.

PLOT (Planet Terror): I’m not sure, really, if the plots for either film are important or even relevant, but here goes.

This is definitely the exploitative action piece. A pseudo-zombie flick, it features tons of gore, goop, bullets, and boobs and was heavily inspired by John Carpenter’s 80’s films. Rodriguez would even play music from Carpenter’s films during the filming to give his actors the right “mood”. The film centers around a gas which turns human beings into killers.

PLOT (Death Proof): Death Proof is more cerebral and recalls thrillers such as Carpenter’s “Halloween” and Steven Spielberg’s “Duel”, just to name a couple of films off the top of my head. It’s a film about a misogynist psycho who goes after women he hates and uses his car to murder them — before a new group of girls gets the best of him.

WHAT DID CRITICS THINK?: Despite the film performing poorly at the box office, this movie was a hit with critics who praised the film not so much for its content but for its salute to an era of cinema that doesn’t often get much play. 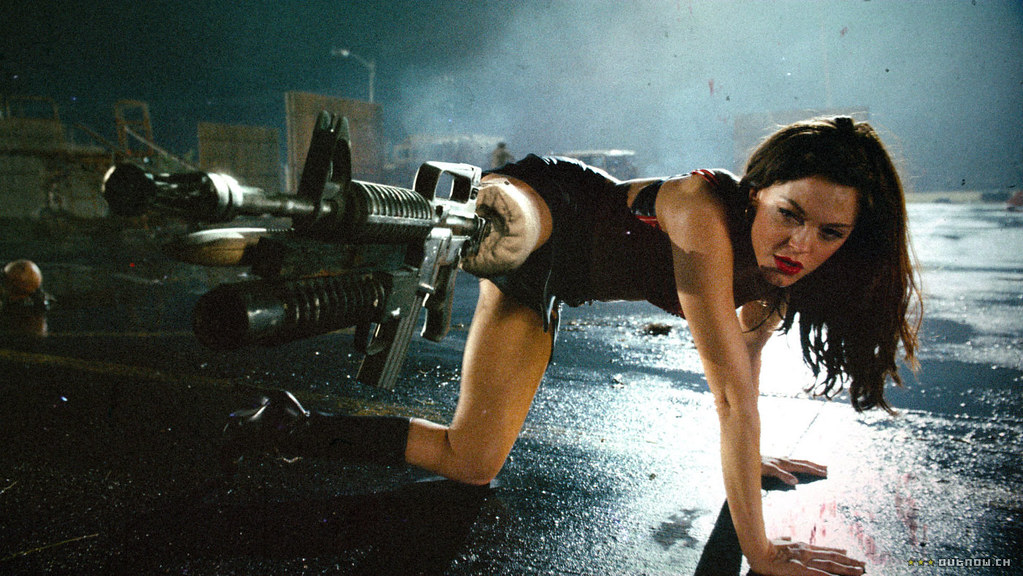 WHAT DID I THINK?: Both films are an absolute riot — though “Death Proof” is definitely the better of the pair with its slow-burn build-up and smart dialogue.

But as I said, the films aren’t terribly important.

What’s important is THE EXPERIENCE.

When you watch Grindhouse, it’s apparent that Rodriguez and Tarantino (good friends and collaborators since the early 90’s) have such a deep love of film and respect and adoration for the craft of filmmaking.

Over the years, I’ve watched certain filmmakers become complacent or safe or outright lazy. You can tell they’re making their films because they want a fat check.

Not Tarantino and Rodriguez. These guys are on another planet.

The details in this experiment are what makes this movie so great.

Both films utilize digital aging effects to make the film print appear as though it’s been dragged around or mishandled, bent, or scraped to death.

Both films have “missing reels” which “suspiciously” coincide with the more sleazy parts of the films (the “theater management apologizes for the inconvenience”; cute).

I adore that Quentin Tarantino’s film was formerly named “THUNDER BOLT” — but the name has been changed to “DEATH PROOF” (and is poorly edited in by the “projectionist” behind you) because “Thunderbolt screened so poorly and received terrible reviews” so it had to be “re-titled” by the studio. 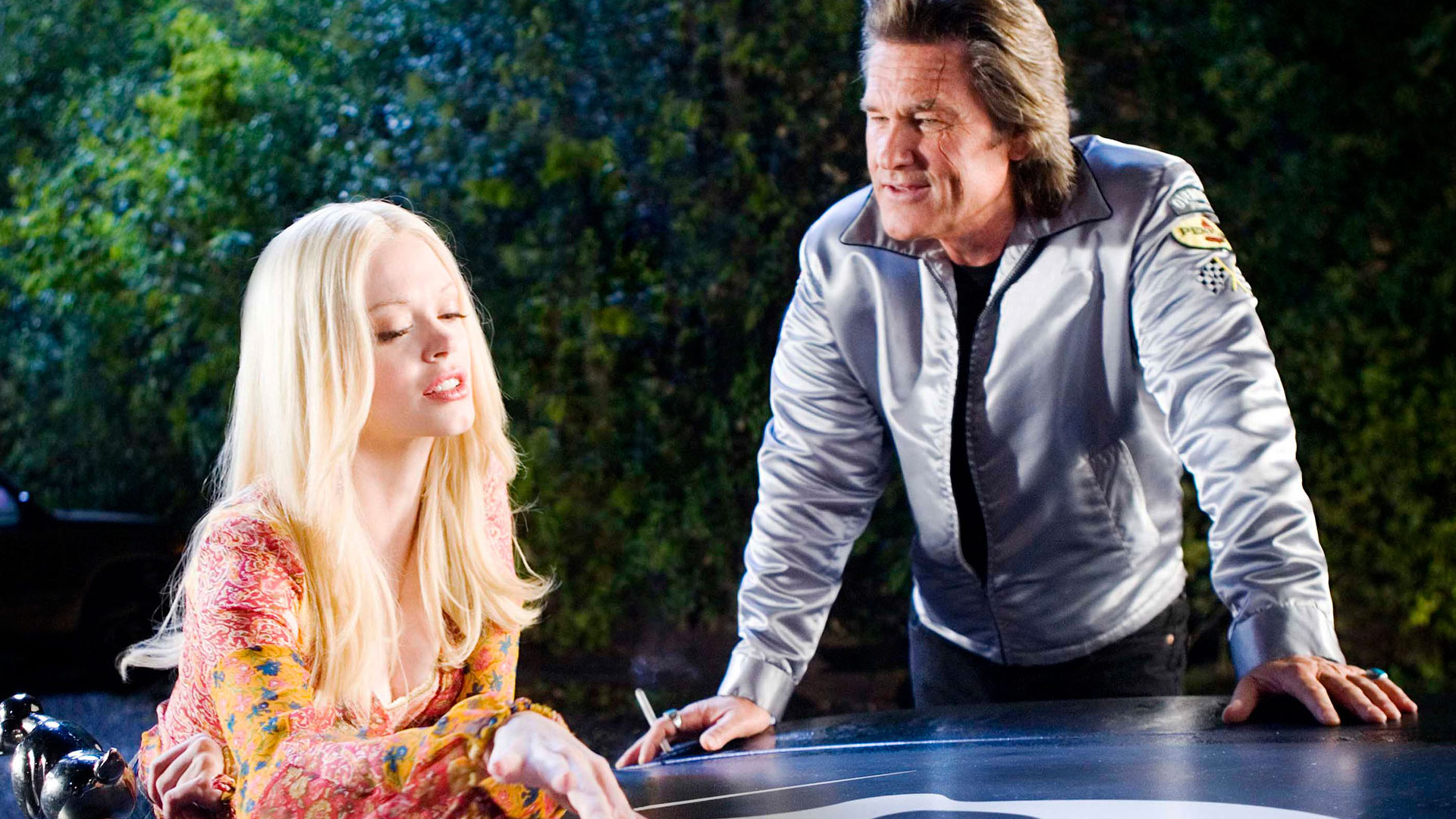 The last bit of charm Grindhouse has lies with the “trailers” before each film:

Machete is an upcoming film by Robert Rodriguez (and it was actually made into a movie by Rodriguez and another director after Grindhouse was made) and stars Danny Trejo as a Mexican day laborer who was a former federale — and resorts to such tactics after he’s double-crossed by a conniving politician (played by Jeff Fahey who is also the BBQ restaurant owner in Death Proof).

Werewolf Women of the S.S. – Written and directed by Rob Zombie, it follows the inhabitants of Nazi “Death Camp 13” which is working on making Nazi Wolf Soldiers or some such nonsense. The film stars Sheri Moon-Zombie, Bill Mosley, Udo Kier, and even “Nicolas Cage as Fu Manchu”. 🙂

Don’t – A British horror film whose trailer features absolutely NO dialogue because “nobody” wants to see one of those “foreign films” and the accents would be a dead giveaway. Written and directed by Edgar Wright (“Shaun of the Dead”), it’s the story of a haunted house which drives everyone mad. This short was inspired by the British horror film, The Legend of Hell House (1973).

Thanksgiving – A Halloween knock-off written and directed by Eli Roth about a killer dressed as a pilgrim who goes around on Thanksgiving weekend, committing gory murders.

There are even small ads, telling you about nearby restaurants you can go to after the show, as well as little animated vignettes warning parents that the following film is “Rated R”. Each film even comes with “Our Feature Presentation” cards complete with cheesy 70’s fanfare.

Grindhouse is not so much enjoyable for the entertainment presented (though it’s good stuff), but for the celebration of an era we may never see again beyond our own private movie screenings with friends.

I love this film.