DIRECTOR: David Gordon Green…he’s got one more of these coming down the pipeline and I’m already lining that pipe up with my trash bin.

WHAT IS IT?: Why, it’s the 764th Halloween film! Remember that joke in Mel Brooks’ Spaceballs where a movie critic is reviewing the fictitious Rocky 5000 and he begins the review with “They say if you’ve seen one Rocky movie, you’ve seen them all, but…”?

Halloween Kills is more of the same, minus stupid killer masks, or the pretentiousness of Jamie Lloyd’s psychic powers, or the stupid “trick ending” of Halloween H20: 20 Years Later where Laurie chops Michael’s head off — only it wasn’t Michael, or the dumbassery that was the sequel where Laurie is killed anyhow and we had to put up with an hour and twenty minutes of Busta Rhymes being Busta Rhymes…or the awfulness that were the Rob Zombie films…wait…that might be an improvement.

THE PLOT: It’s STILL Halloween, 2018. And, wouldn’t you know it, Michael Myers survived the giant house inferno Laurie and her family set to finally kill him. After taking out an entire fire brigade like John Wick hopped up on bath salts, he heads into Haddonfield for more delicious mayhem — but, BUT…this time, Tommy Doyle, the little tyke Laurie Strode babysat from the original film (who, for some reason, hangs out with Marion, Dr. Loomis’s nurse, Lindsay — another one of the small kids from the original — and Lonnie, the kid who bullied him in school), is ready and willing to kick some butt.

But, the townsfolk are morons and they accidentally kill a mental patient by proxy, learning their lesson that they are the real monsters…in the Twilight Zone. Just kidding. After a pointless first hour, they band together and go out, armed (one actually wields a steam iron…bless her heart), in order to destroy Michael once and for all.

WHAT DID CRITICS THINK?: 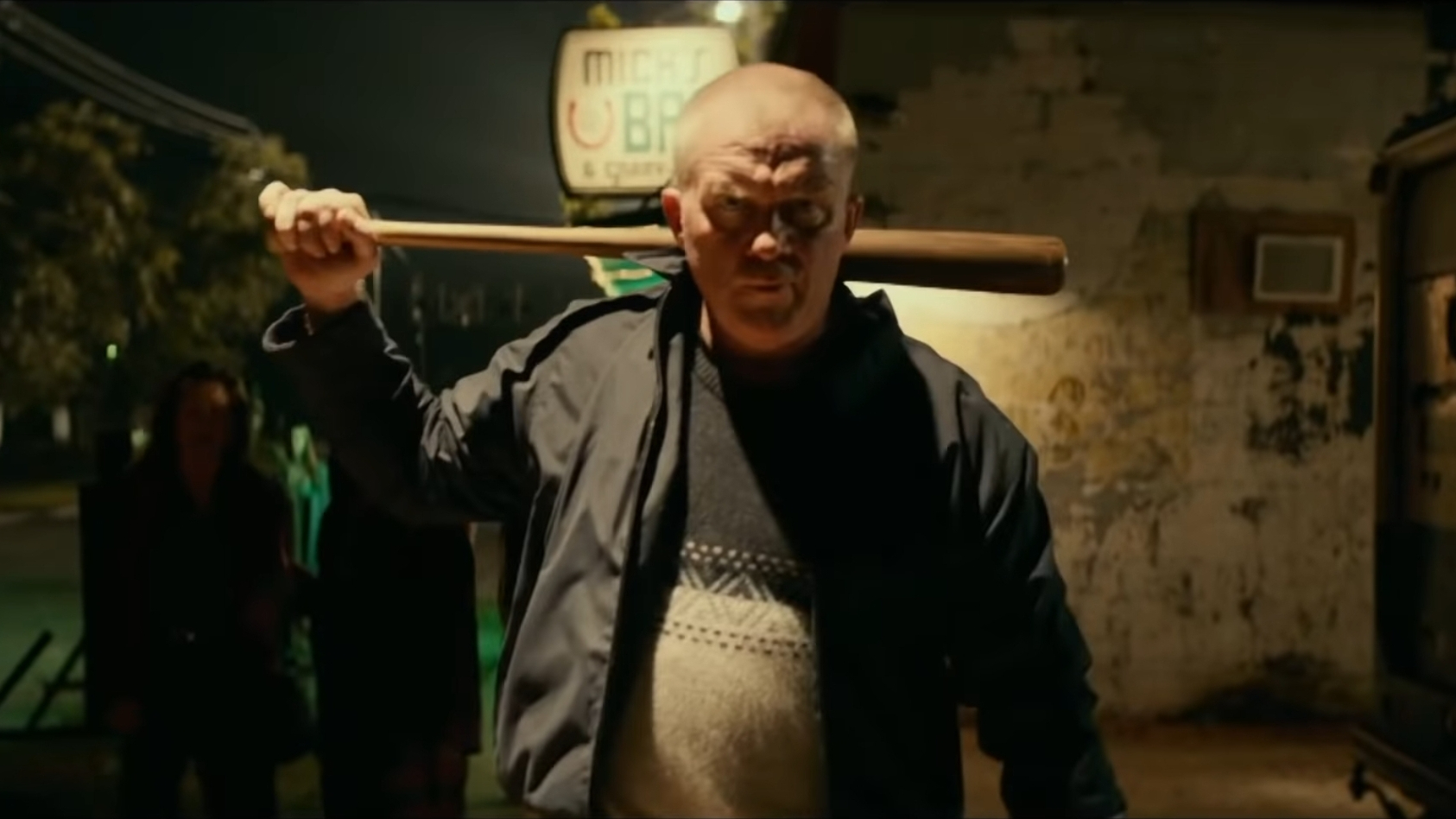 WHAT DID I THINK?: What’s so frustrating about Halloween Kills is that it jettisons just about everything the 2018 reboot built. In that film, we explored Laurie Strode’s endless trauma which she ends up imparting onto her daughter and grand-daughter under the guise of wisdom. In this film, Jamie Lee Curtis is limited to hanging around Haddonfield General, either wandering the hallways yelling at the angry mob or shooting the shit with Officer Hawkins who admits that he wanted to have sex with her at one point in their younger lives.

Meanwhile, that mob I told you about? They’re all hopped up on adrenaline and ready to kill — until they split up and get ripped apart by Michael Myers who has essentially become the chainsaw killer in the Geico Halloween commercial, rolling his eyes at how easy it is to kill people these days.

We shouldn’t still be hearing the words, “Let’s split up” or “Stay here, I’m gonna go in alone” in a slasher film. Even if I were to believe that people still make those dumb decisions, the older, wiser characters should know better. But they don’t. Tommy and Lonnie are the two with the most to do, full of piss and vinegar, but Marion and Lindsay walk around this movie like robotic clones, empty vessels who look like their 1978 counterparts — but don’t really speak or have much to do.

They go about their business and we lose a quarter of the cast from 1978’s Halloween in about five minutes, rendering their appearances completely meaningless outside of cheap nostalgia.

The only time Halloween Kills truly gets interesting is when the citizens of Haddonfield finally manage to corner Myers and proceed to kick the ever-loving shit out of him, beating him, slashing and stabbing him with knives, and shooting him full of holes, which made me cheer — but that’s also a short-lived, half-baked idea when Myers suddenly comes back to life like a video game monster with a sliver of his life bar still intact. I would just declare this incompetent and be done with it but it’s more than that. It’s formulaic and outdated.

Halloween Kills is a film which thinks it has something to say but, in reality, is a pointless, meandering exercise in futility. It’s a film which seems to exist simply for the sake of featuring mindless, bloody kills for hardcore slasher fans, saving the most relevant stuff for the last reel and, by then, you’re not really sure if what you witnessed was of any relevance at all.