THE PLOT: Riley Flynn (Zach Gilford) has returned home to the remote Crockett Island, on the East Coast of the country, after serving four years in prison for manslaughter due to drunk driving. Still haunted by the incident, Riley undergoes a crisis of faith which runs in juxtaposition with his devout Catholic parents, Annie and Ed (Kristin Lehman and Henry Thomas, respectively). Riley isn’t the only person coming to town: Father Paul Hill (Hamish Linklater) has also arrived in place of the town’s regular priest, Monsignor Pruitt.

In the days following Hill’s arrival at the parish, strange things begin to happen. A storm ravages the town, leaving a slew of dead cats in its wake — and that’s just the beginning. The disabled and dementia-ridden Mildred Gunning (Alex Essoe) begins to get her mind back and can move around with ease, Erin Greene (Kate Siegel) goes in for a pregnancy check-up — only to discover the fetus has vanished from her womb, and Leeza Scarborough (Annarah Cymone), who is wheelchair bound following paralysis, finds out that she can suddenly walk again.

Bev Keane (Samantha Sloyan), the town’s overbearing head parishioner, begins to see these as signs from God and uses the incidents to verbally bludgeon, browbeat, and judge the town’s non-believers into complete submission, something which doesn’t stop even when she learns about who Father Hill really is, how he got here — and the horrific secret he’s keeping from the entire community.

WHAT DID CRITICS THINK?: Critics lavished praise on the series for confronting and examining religion and its use in modern time. They especially praised the performance of Hamish Linklater as Father Hill. A few critics were put off by the “slow burn” technique used by Flanagan and said that the series became too “talky” after some time. 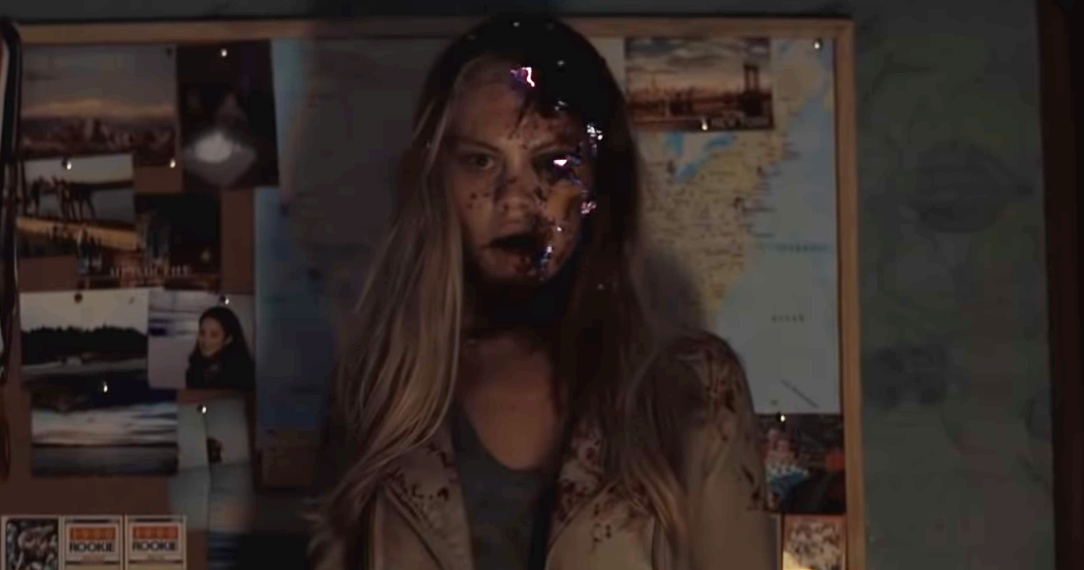 WHAT DID I THINK?: I’m happy that the series was only seven episodes this time out.

It’s not that Midnight Mass was as slow as Bly Manor, but the story isn’t terribly interesting, even when you find out what’s really been happening the entire time — and that’s revealed just three episodes in. Everything after that is cheap scares and gimmicks to keep you watching.

The main issue I have with the show is that it gives us a great protagonist in Riley Flynn, a man who is haunted (in a deeply metaphorical way; the dead woman covered in glass, illuminated in police sirens is a wow) and conflicted — then dumps him a few episodes into the show. His crisis of faith isn’t really resolved nor does he have the opportunity to make up for past sins.

After this, it’s as if Flanagan expects you to care for characters who don’t have a lot going for them.

Erin doesn’t have a baby inside her anymore…and this goes nowhere. Mildred is young again and her daughter, Sarah (Annabeth Gish), is stumped…but how does this make Sarah someone we should get behind? Leeza is barely in the show and the only person we have left is Sheriff Hassan (Rahul Kohli) whose son, Ali (Rahul Abburi) detests his father’s Muslim faith and wishes to join the parish almost out of a form of rebellion.

The only thing the series has going for it is its message that religion can become a dangerous cult when blind faith goes unchecked — and even that’s preachy as hell, delivered to us in minutes-long monologues by just about every character in this series.

By the time the show lurches into its bloody, violent climax and there’s no real payoff to any of what you’ve witnessed, you wonder if any of what you saw was worth your time.

Midnight Mass is, most likely, the most ordinary and pretentious thing Mike Flanagan has produced.