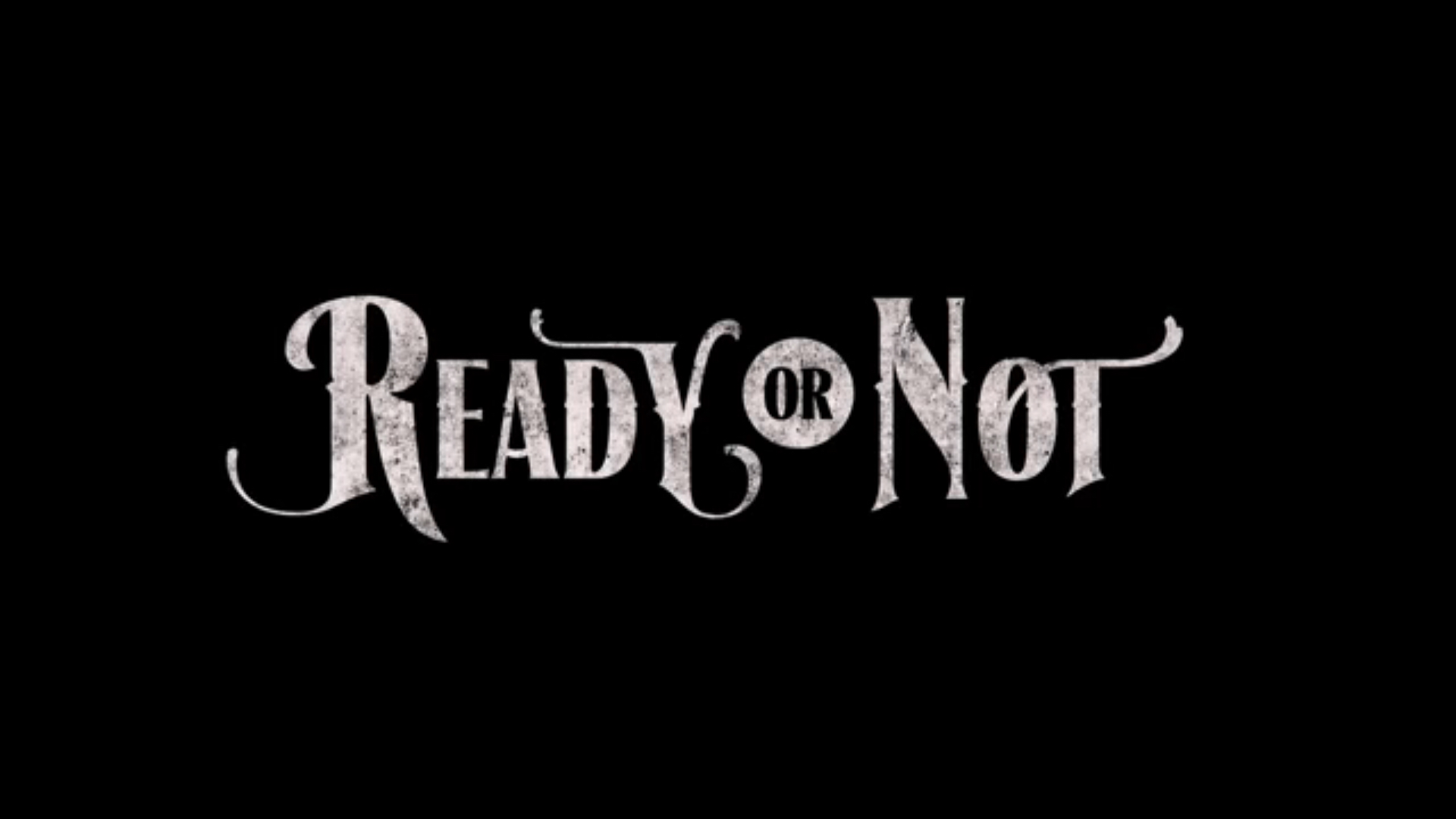 DIRECTOR: The duo of Matt Bettinelli-Olpin and Tyler Gillett who, prior to this, worked together on the cult horror film V/H/S.

WHAT IS IT?: Holy shit, this movie was an absolute BLAST. Ready or Not is like watching Knives Out on crack.

THE PLOT: Having married into a fairly rich family, Grace (Samara Weaving) is told, by her husband, Alex Le Domas (Mark O’Brien), that their marriage is not quite complete. There’s a family tradition: Grace must join the immediate family in the library at midnight in order to play a game, which is most likely one of the many games the Le Domas family is famous for distributing to toy stores and game companies all over the world. The games are chosen at random via the selection of a printed-on-the-fly playing card.

While the family members are as bored as Grace is with this “ritual” (they’re waiting for Grace to pull a card for chess and “Old Maid”, which causes one family member to ask a question most old school card gamers ask when they hear that name: “What the FUCK is ‘Old Maid’?!”), Grace’s card ends up reading “HIDE AND SEEK” — which immediately sucks the air out of the room. This isn’t a game the family has played in three decades. And it didn’t exactly end on the happiest of notes.

On the surface, it appears to be your regular game of “hide and seek”: Grace is the new addition to the family so she must hide while the members of the family try to find her. But it soon becomes apparent that something’s not right — and that the innocent game of “Hide and Seek” is more of a violent game of cat-and-mouse. While Grace hides, the family (sans Alex, who wants NO part of the proceedings) arms themselves with various weapons, intent on maiming Grace so that she won’t be able to put up much of a struggle for an event that would be criminal to reveal.

WHAT DID CRITICS THINK?: The critics gave Ready or Not positive reviews, calling it “deliciously diabolical” and “fun”. Several critics noted the acting and witty writing and enjoyed the “hilarious takedown of the rich”, saying that Jordan Peele would have loved a film like this. 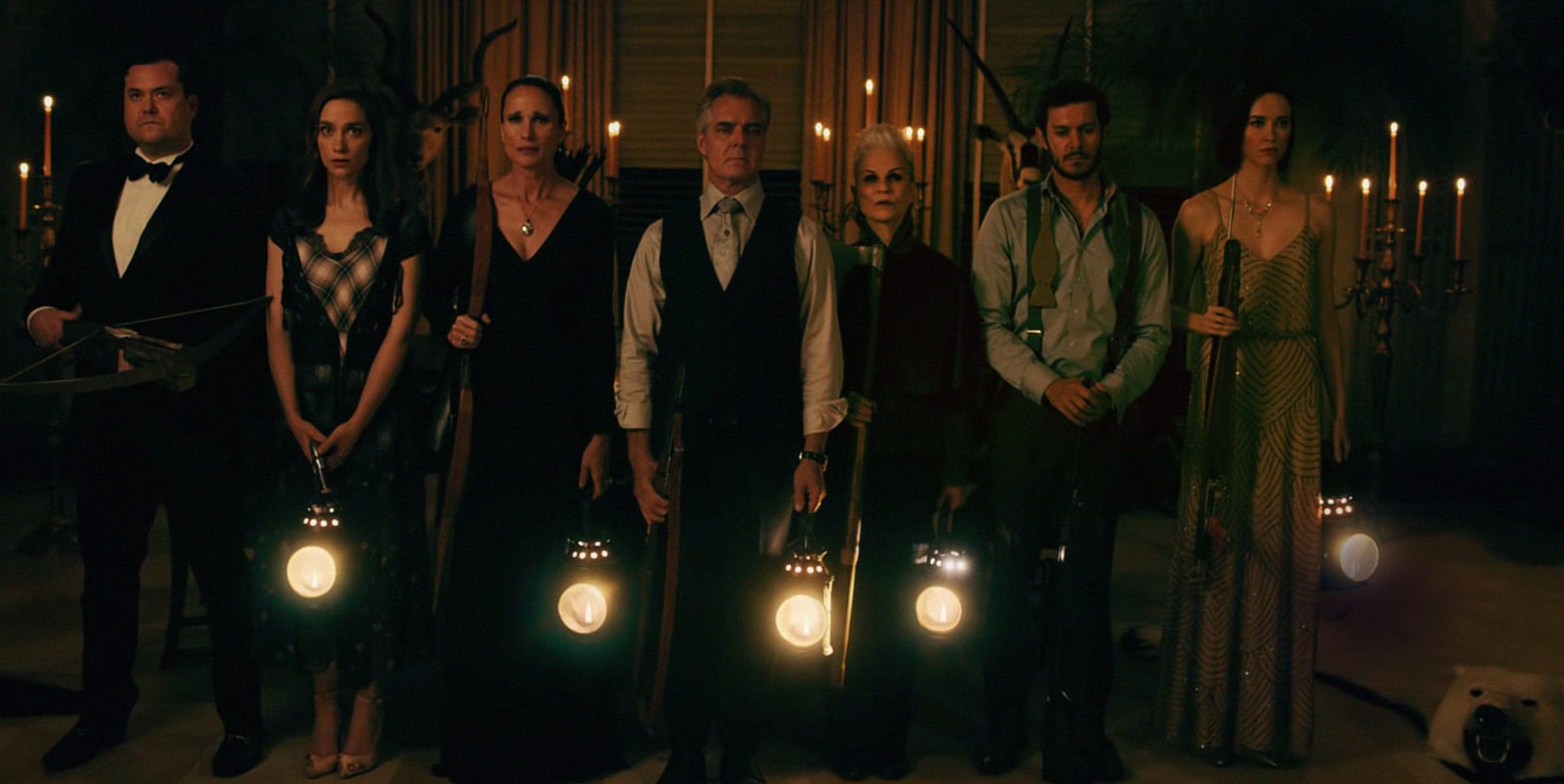 WHAT DID I THINK?: Ready or Not is one of the best suspense/horror films I’ve seen in years with huge does of comedy that are so pitch black dark in nature, you might actually find yourself questioning why you’re laughing during some of the most gory moments the film has to offer, based solely on the premise that the family is clearly not used to taking part in this tradition, so when a weapon misfires or somebody aims a crossbow incorrectly and bumblefucks a shot 100 yards over their target’s head, causing the various family members to express frustration, you can’t help but laugh out loud.

The pacing and suspense is expert-level stuff. The film plays out like a card game or a board game with the fates of certain characters based solely on luck. While Grace may be outnumbered and outgunned, the family’s hunting skills are severely lacking, putting everyone on a level playfield. At times, Grace narrowly escapes a scuffle. At times, you think the Le Domas Family’s got her. Every single movement is smart and realistic. The family is as shrewd and soulless as they are ruthless and Grace is a fighter at heart, despite being far out of her depth.

It also helps that Ready or Not has an insanely great supporting cast which includes veteran actors Andie McDowell, Nicky Guadagni, and Henry Czerny.

Directors Matt Bettinelli-Olpin and Tyler Gillett cut their teeth on low-budget fare before this and this film earned them the chance to direct 2022’s upcoming Scream sequel.

Ready or Not is a new classic for me and required viewing for any thriller/horror fan — though you’re gonna need a strong stomach because it gets real bloody real fast — but in a good way. This is reminiscent of the early Sam Raimi days when Raimi would balance the gore with the goofballery and do so with mischievous glee. it’s a violent film, a funny film, a bold film, a playful one.