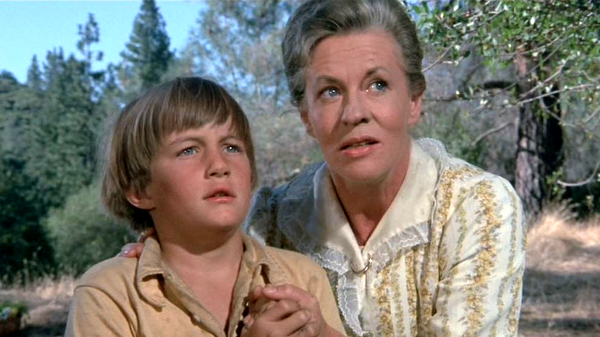 DIRECTED BY: Robert Mulligan, who also directed “Same Time Next Year, “Summer of ’42”, and the great “To Kill a Mockingbird”.

WHAT IS IT?: Yet another film about twins who are psychotic and murder people, proving, once again, that just about every horror film involving twins isn’t going to end on a happy note. Of note, the late John Ritter is also here in a small supporting role.

THE PLOT: The film is about identical twins, Niles and Holland Perry (played by identical twins Chris and Martin Udvarnoky, respectively), and their time on a farm. Niles has a close relationship with his Russian immigrant grandmother, Ada (Uta Hagen), who teaches him how to project his being into the various animals around them. Using his powers, he discovers that his brother, Holland, has been committing awful murders on the farm and making them look like accidents, something which horrifies Niles — but he keeps Holland’s murderous tendencies a secret out of loyalty to his brother…that is until Niles is forced to admit everything and, in turn, discovers something even more awful.

WHAT CRITICS THOUGHT: The Other” was a sleeper which saw a small theatrical run but gained a faithful audience over time thanks to numerous TV airings. Late critic Roger Ebert was a huge fan of the film and noted the use of color in his review for the film, calling it “truly haunted.”

WHAT I THOUGHT: The Udvarnoky Twins are outstanding as Niles and Holland, the latter of which you just want to choke as he continues to put on his phony face (something he seems to learn when he spies on a magician and discovers his secrets) after he continues on with his murderous ways. The film’s script was written by Thomas Tyron who adapted his own novel. He was reportedly unhappy with the end result, blaming some of the casting choices and the editors who he claims made the film a mess.

Despite this, the film is creepy, which is ironic due to the sunny, rural setting and it grows even more so as the body count begins to stack up. Every single murderous moment is carefully choreographed for maximum effect so that you’re already uneasy long before a pitchfork has gone through somebody’s stomach and the message that true evil can never die or even be contained is chillingly effective.