Stuff I Watch in October: The Phantom of the Opera (1925) 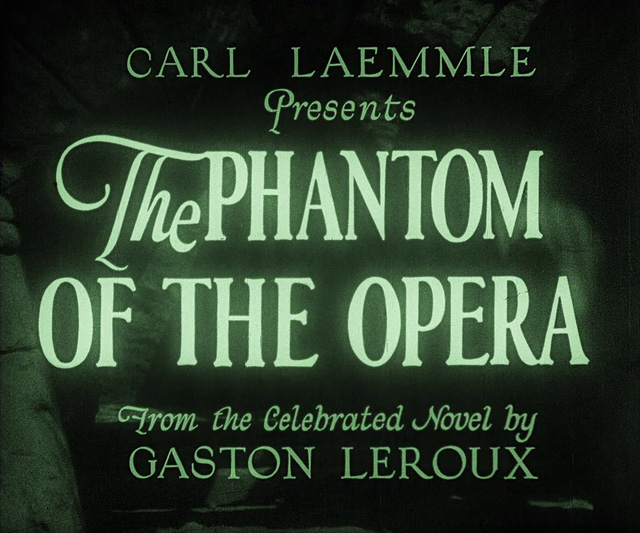 DIRECTED BY: Rupert Julian. Born in 1879, this is the film he was best known for. After this, it was a slew of films for Cecile B. Demille before making “The Cat Creeps” for Universal Studios in 1930 before dying 16 years later of a stroke. That’s like if Spielberg made Duel, but couldn’t quite get out of first gear, made us “Jaws”, then died before he could give us “Raiders of the Lost Ark” or anything else listed on his resume.

WHAT IS IT?: This isn’t the overwrought, musical bullshit we all know and sorta love after we’ve had a few glasses of wine and agreed, half-heartedly, to watch it because our friend thought it was “cool”. This is the pure stuff, the straight-from-the-novel stuff, the “my god, the make-up job on Lon Chaney STILL holds up to this day” stuff. This is the film that cries out for a serious, epic adaptation — but, instead, gets snagged in the Hollywood machine and ends up getting stuck with the likes of Gerard Butler (for some reason) and Andrew Lloyd Webber dousing it with his putrid scent. I admired Webber when I was young and stupid. Now, I think he’s a complete hack, directly responsible for the nightmarish, overrated musical “Cats” and the horrifying 2019 film version nobody asked for that kills you seven days after you watch it. And I don’t care how many times he tries to disown the thing: he’s also (somewhat) indirectly responsible for the ripe slice of hell that is “Cats: The Butthole Cut”.

THE PLOT: A disfigured man named Erik (Lon Chaney) lives in the catacombs of a Parisian opera house and stalks Christine Daaé (Mary Philbin), a choir girl who he believes is more talented than the house’s star, Carlotta (Virginia Pearson). Eventually, he ends up kidnapping Christine where she sees him for the monster he is — but she’s still somewhat drawn to him. After she is allowed to return to civilization, The Phantom forbids Christine to see her lover, Raoul (Norman Kerry), and continues to wreak terror and havoc on the opera house, forcing them to cast Christine in the lead role of everything they produce. It all comes to a head when the opera house calls his bluff, leading to the death of several members of the audience, forcing them to hunt him down once and for all. 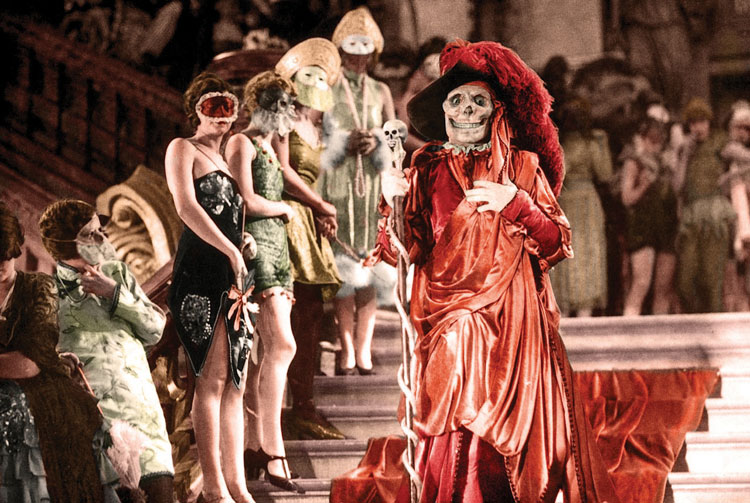 WHAT THE CRITICS SAID: The film received fairly high marks when it came out from critics. Audiences reportedly fainted in shock at the famous “unmasking” scene. Decades later, Roger Ebert would give the film four stars out of four when he revisited the film, praising Lon Chaney for taking a hokey, silly character and making him so haunting.

WHAT I THOUGHT: My then-girlfriend was obsessed with Andrew Lloyd Webber and all things Phantom so I threw several versions of The Phantom of the Opera at her, the 1925 version, the 1943 Universal Studios version starring Claude Rains, and the infamous 1989 version starring Robert Englund. While my ex thought I was insane with all three films, the first one was the one that stuck with me after watching all three. It’s considered to be the closest to the novel by Gaston Laroux.

I haven’t seen the film in over 20 years. It’s almost 100 years old and in the public domain. The print I own is about an hour and 40 minutes long, very beat up, featuring a piano score by Ed Bussey (the film is, otherwise, a true silent film) and does not feature the red-green Technicolor version of the famous Masquerade Ball sequence (shown above). Several other prints and versions of the movie are freely available on YouTube. The one with the red-green masked ball sequence features a gorgeous orchestral score from Gabriel Thibaudeau, which is highly superior to any other version I have seen — though there is something to be said of the one I watched, which is all black-and-white. The piano score ranges from heroic to creepy to somber. 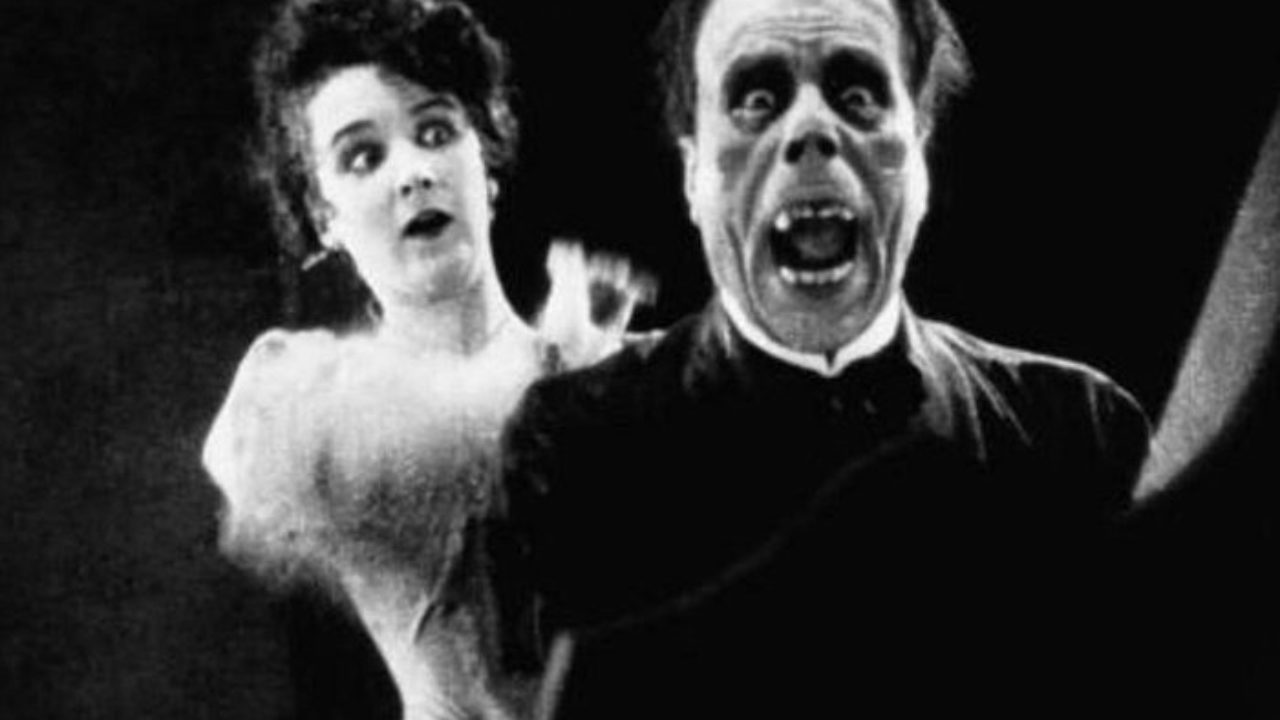 The biggest issue I have with the film is that the plot is so soapy, you almost cannot take it seriously. Sure, say what you will about the creep factor and the compelling nature of the film, it still suffers tremendously by jettisoning every ounce of good Gaston Leroux gave Erik in the novel. Gone is the sympathetic Phantom who eventually realizes how futile and deranged his behavior is. He’s all in from start to finish until he’s finally beaten and killed by an angry mob who’s plainly sick of his shit.

It’s difficult to rate performances seeing as though you don’t actually hear anyone and dialogue is presented to the audience via cards showing what the actors are supposed to be saying — but the highlight of the film is Lon Chaney whose nightmarish, grotesque make-up (which he did himself) is outstanding, even by today’s standards and he sells The Phantom as a perpetually sad, tortured, but unmistakably evil soul who eventually succumbs to his own madness.

It’s hard to like this version of The Phantom of the Opera because of this.

Every other character seems flat, as if they’re just living in Erik’s world and they’re rock stupid to boot, including Christine who you wish had an ounce of intelligence in her to discover that Erik isn’t the blessed angel she believes him to be.

Still, the film is worth watching and I highly recommend that, if you do, you get a print with a slower frame rate so you’re not watching a bunch of people speed-walking around sets. Also, find the version with the ball sequence. It’s eye-popping and, next to the famous unmasking sequence, is worth the price of admission.