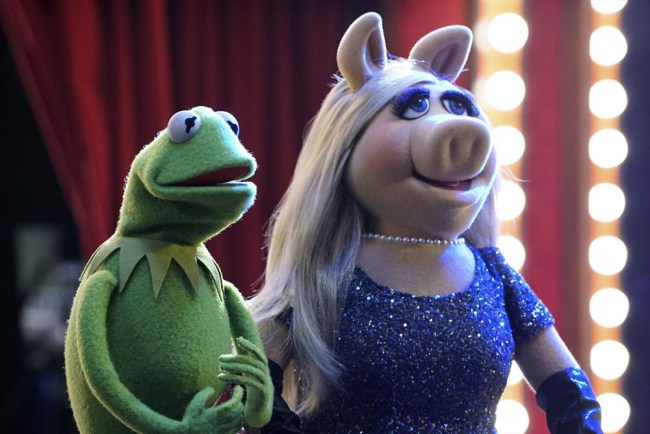 Jim Henson’s creations have been in our lives for nearly 50 years with 16 different films and television series, countless television specials, cartoons, books, video games and have even helped teach us how to speak, spell, and count. We’ve seen so much of the Muppets in the last few years (thanks to a welcome wave of childhood nostalgia on the part of Disney), that it’s probably very easy to forget that these characters, as old and simple as they are, are timeless due to the imaginations behind them. The creators and writers who bring them to life get it. They understand their audience, they understand the universe these creatures inhabit, they understand what it is that makes us laugh — they understand us.

How fortunate for us, then, that Tuesday, September 22, 2015 is a big day in Muppet fandom. But while the good news is that The Muppets are back on TV in a new weekly series, the bad news is that it may not be to everyone’s liking. In fact, I may go so far as to say it might divide fans of The Muppets entirely — and that’s not a good thing for the long term. “Up Late with Miss Piggy” is a late-night variety show hosted by the famous swine of the same name. Kermit is the head producer and his production staff mostly consists of other Muppets. The Electric Mayhem is the show’s band, the prudish Sam the Eagle runs the Standards and Practices board to make sure that words like “gesticulate” are never heard on the air and Scooter is Kermit’s talent booker. This should be an easy ace in the hole — except that Kermit and Piggy are no longer an item, so doing something as simple as bumping Elizabeth Banks from the show at the last second (Piggy “hates her stupid face” due to a botched screen test she had, with Banks, for the role of Katniss Everdeen in The Hunger Games) carries with it a bag full of unspoken animosity that’s already heavy from Piggy’s past unreasonable demands. “You know, when Piggy and I were a couple, I found her unpredictable and spontaneous and…perky,” Kermit explains to the camera. “But if you take dating out of the equation…she’s just a lunatic.”

So desperate is Kermit, that he enlists Scooter to grab another guest on short notice. Who does Scooter wrangle? Dancing With the Stars host Tom Bergeron. They’re on the same lot since Miss Piggy’s show is also on ABC, so why not? Tom’s more than happy to help Kermit out, offering some homegrown humor:

“Should I tell the story of the time I grew a moustache and some guy thought I was Tom Selleck?” Bergeron asks.

“And then what happened?” Kermit replies.

“That’s it,” Bergeron says. “I looked like Tom Selleck.”

As has probably been mentioned several times over in the lead-up to this show, with Piggy out of the picture, Kermit’s dating another pig: Denise, a cute little redheaded network marketer. They met on a cross-promotion tour, according to Kermit. There, they, uh…”cross-promoted”. They’re not the only inter-office romance/affair. Rizzo’s got a new girlfriend as well. In fact, he dates her under Fozzie’s podium and makes innuendos and double entendres about his intentions as the evening’s dinner progresses.

The oddest romance angle on the show deals with Fozzie and his relationship with a human woman whose parents don’t approve because Fozzie’s not human. Her father is a bigot who, when Fozzie compliments the man’s wife on the salmon, mutters, “He likes the salmon — what a surprise.” When the wife says she wishes she had “raw salmon” for him to eat (bears usually fish in rivers, you see), Fozzie replies, “I usually get mine at Costco.” The humor of the scene is in the surreal irony of the situation: it’s an “interspecies relationship”, so to speak, except that Fozzie’s not that type of bear. He’s more or less a human being who just happens to be a bear of sorts. “When your online profile says, ‘Passionate bear looking for love’, you get a lot of wrong responses.” he says. Your jaw drops. Fozzie clears the air: “Well…not wrong…just…not for me.”

Either this is working for you or it isn’t. If you’re giggling at this, this show is for you. I cannot recommend it highly enough. If you’re not, I’m not sure what I can say to you — though I do see where you might be coming from. At first glance, the first-person, interview-style format of the show (aped from shows like The Office, 30 Rock, and Modern Family) seems like a brilliant idea. The Muppets do send-up humor like nobody else in the business — and that may be a huge part of why it also doesn’t work. The episode feels like an overlong extension of the 10-minute teaser reel that was released during Comic-Con. The additional time needed to tell the story results in uncomfortable melodrama (the Piggy-Kermit break-up scene is really off-putting and unnecessary and probably could have been saved for a later show) and stilted cringe-inducing exchanges. The Muppets no longer seem like Muppets in these instances and that’s not exactly a welcome decision.

On top of that, the Muppets’ sudden penchant for grown-up jokes (if Fozzie’s line about “bears looking for love” didn’t clue you in) combined with the mature storytelling and plotting (which border on topical social commentary) might be the deciding factor for this series.This show is obviously going to appeal to a broad audience — which includes children — and ABC hasn’t been totally forthcoming about the overall tone of the show. In fact, the notion that The Muppets are cracking this wise may not even sit well with long-time fans.

That said, CBS’s “The Muppet Show” had more than a few moments that kids wouldn’t understand, so this isn’t new. We still have the celebrity cameos (Imagine Dragons is the musical guest and performs their new single, “Roots”), the Electric Mayhem is still very much their stoner selves (Zoot alludes to being in a rehab program — but it’s played for laughs in true Muppet deadpan style), and Statler and Waldorf even have front row seats, heckling Fozzie and the many guests who show up.

The adult tone is the series sword by which it will live or die. Once you get past the weirdness of Kermit proclaiming his life to be a “bacon-wrapped hell on Earth”, everything you see and hear is more harmless than damaging. The series even has fun at its own expense, playing on the notion that the censors control everything they can say on their pseudo-kid’s show. “Can’t say ‘HELL’!” Sam reminds Kermit in a drive-by chiding near the elevator as Kermit sighs in exasperation.

In fact, much of it is your usual Muppet-brand inside baseball:

“Pepe, how was your cousin’s wedding?” Scooter asks before the big production meeting.

Pepe, of course, is a prawn.