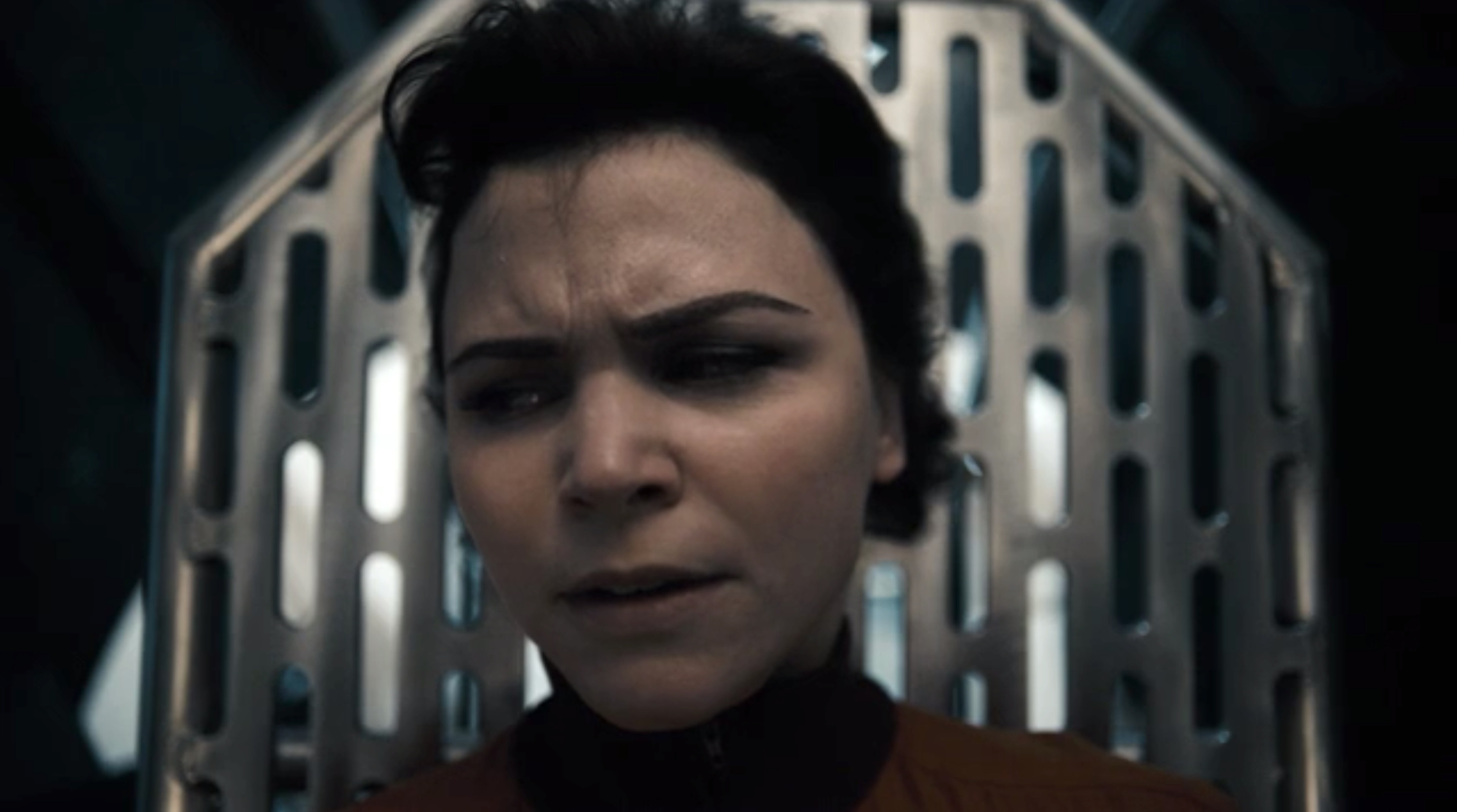 “I hurt myself deeply, though at the time I had no idea how deeply. I should have learned many things from that experience, but when I look back on it, all I gained was one single, undeniable fact. That ultimately I am a person who can do evil. I never consciously tried to hurt anyone, yet good intentions notwithstanding, when necessity demanded, I could become completely self-centred, even cruel. I was the kind of person who could, using some plausible excuse, inflict on a person I cared for a wound that would never heal.” — Haruki Murakami, SOUTH OF THE BORDER, WEST OF THE SUN

There’s a point in this episode where Eve Martin (Ginnifer Goodwin) is sitting down for a tea social with her girlfriends and decides to humble brag about how she stood up to The Man while they apprehended her Latin housekeeper, Anna (Zabryna Geuvara). Anna is here illegally and has a child who is a U.S. Citizen by virtue of the naturalized citizen laws of the country. Eve’s girlfriends empathize with her but an illegal is an illegal, so…that’s just the way it goes. Before this, she was telling party planners what to do, what to serve and for their advice on keeping people she didn’t want away from her expensive things. If this sounds like another look at the socio-political fabric of our country, then you’re right. But it isn’t just an indictment of the blasé Conservative attitude towards immigration and immigrants. It’s also an examination of the mindset of Liberals when they don their White Savior superhero capes and go to war for “the greater good”.

But Eve DOES care about Anna. After all, Anna’s part of the family. Anna has “cleaned the spit and shit from Eve’s children” and Eve is more than happy to allow Anna the use of Eve’s address to establish residency so that Anna’s son can go to a good school. Eve cares! Or at least she has good intentions…but that still means that she’s compassionate about Anna’s plight and wants her to have rights equal to her own. If only Eve knew the name of Anna’s son…or that Anna even had a son in the first place…or Anna’s country of origin…or much of anything else about her. And here’s Anna, in a detention center, awaiting deportation while Eve’s biggest worry is is appearing to be someone like Anna…which, unfortunately for her, she is.

“Point of Origin” is the 8th episode of the 2019 reboot of “The Twilight Zone” and tells the story of Eve, a housewife who lives in modern times but belongs deeply entrenched in the 1950’s, if her behavior and sugar-sweet demeanor is any indication. She lives a life of luxury and privilege until, one fateful day, her credit cards are declined at a local grocery store. Soon after, mysterious “authorities” apprehend her and bring her and her daughters to an undisclosed facility where, lo and behold, Anna is also being kept…except we know why Anna’s here. So why is Eve being arrested? It doesn’t matter. Money’s the answer and she offers it to fedora-wearing man in black (James Frain) as a “Get Out of Jail Free” card.

The first reveal is fairly simple, but effective: Eve is, herself, an immigrant — but not in the way you’re thinking. Years ago, she came here, to our dimension, undocumented, after a somewhat touched-upon event (war/climate/whatever) wrecked her dimension. It’s why Eve is so entranced when she stares euphorically out the window at a blue sky and shining sun. And much like “Men in Black”, there’s a secret government agency dedicated from protecting the Earth from the inter-dimensional scum that would “taint the bloodline”, according to the man in black with the sinister British accent who has tied Eve to a platform to grill her on what she “knows and doesn’t know” about a past she can’t remember. 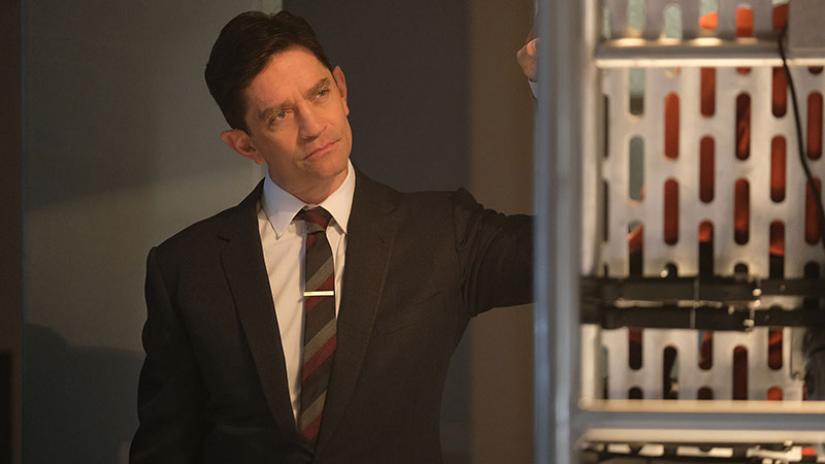 “Point of Origin” benefits greatly from a tighter script than last week and an outstanding performance from Ginnifer Goodwin as Eve. In fact, she’s so good, the entire episode wraps around her. As Eve, she’s cheery and enthusiastic and, at the same time, hyperactive and overly analytical. That last part is also what makes her obnoxious and borderline unlikeable. I wish there could have been more of Zabryna Guevara as Anna whom Goodwin unfortunately overshadows which sucks because her screen time is also limited due to the plot. Guevara’s Anna is dedicated and kind and shows an edge indicative of a mother who has been pushed to her very edge but who is accepting of the consequences because she lacks the means Eve has at her disposal. After showing decent acting chops on CBS’s “Star Trek: Discovery”, Frain hams it up here as the agent investigating Eve. Here, he’s reduced to a sinister man in a suit who says sinister things that sound more sinister because he has a British accent and a smug look on his face.

The writing and direction are also tighter than the last two entries in the series, the atmosphere of the episode drips with dark paranoia as Eve and her colleagues work within the shadows to figure out a way out of their personal hell. This provides for some excellent suspense and tension, especially when Eve gets close to breaking free from her captors. The only downside to all of this is the same thing that plagued “Not All Men”: the insistence on hyperbole and the need to hammer its audience with a message. There’s a scene in the episode where Eve tells the Man in Black to “get out of her house” and he grins this evil grin and replies, “No…you get out of MINE!” It’s eyeroll-inducing, as much as the message is on point.

Still, after two run-of-the-mill episodes, this week was a welcome improvement. While the show still has issues with length (and the need to bludgeon its audience with a message), when the show sticks its landing, it really sticks the landing.