This week’s match-up is between two pulp-style crime films. While they’re not so much forgotten, I feel they might have been slightly underappreciated. 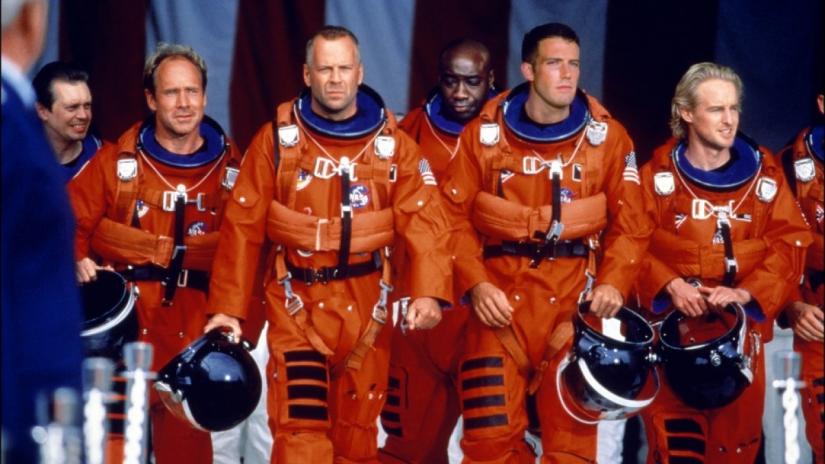 An asteroid (termed a “Global Killer” by NASA’s meteor-watching team) is headed for Earth. It will hit in a few days. It will kill everyone on the planet..but, wait: Earth has one last hope: industrial oil drill specialist Harry Stamper (Bruce Willis) who leads a team of drillers into space in order to drill into the comet so that they can implant a nuclear device that will split it in half and send it around Earth.

And, in this corner…

Alien ships come to Earth and then just sit there and wait for something. As suspicion and paranoia mounts, your local cable guy (and computer nerd), David Levinson (Jeff Goldblum) figures out the ships are gonna attack and cause mass casualties all over the world. Once they do, America and the rest of the world is forced to fight back or face the extinction of the entire human race.

The scoring in Weekend Movie Brawls is simple. There are five categories: music, casting, writing, production (which includes design, costumes, make-up, etc), and direction. Each of these will be awarded a letter grade, from A to F. As in school, each of these letter grades has a number associated to it. An “A” is worth 4 points, “B” is 3 points, “C” is 2 points, “D” is 1 point and “F” is worth nothing. At the end, the final score will be average total of each of the 5 categories. For instance, if the score at the end of a round is “20”, this will be divided by five, the number of categories, for a final score of “4”. 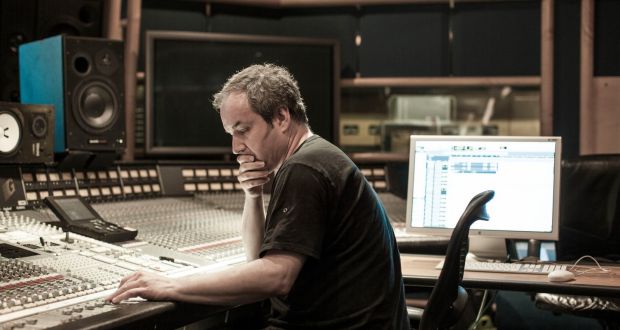 Trevor Rabin composes the score for “Armageddon”. It’s all right. It’s an action score and it features Rabin imitating Hans Zimmer (which was basically what each composer did later in Jerry Bruckheimer’s producing career) by providing the listener with overblown orchestral movements punctuated by whiny electric guitar and the occasional classic guitar before testing your subwoofer’s limits with big, brash bass hits. The issue here is that this isn’t new, sounding and feeling like recycled material and outtakes from Zimmer’s score for “The Rock” just two years earlier. Still, it does fit the mood and the film.

David Arnold’s score for “Independence Day” is wonderful. As director Roland Emmerich once said of Arnold (pictured above), “Leave it to a Brit to compose some of the most patriotic music I’ve ever heard.” Here, Arnold departs slightly from “Stargate” and which sounds as bombastic as Zimmer’s stuff but doesn’t sound as synthetic. Arnold adds his own flavor, providing us with music that illustrates the dangers the characters face and the ultimate destruction they endure — but there’s also notes of hope and the feeling of triumph in the face of overwhelming odds, driven home by solo forlorn horns which lurk in the back of Arnold’s auditorium. It’s uplifting and inspiring at times — if still a bit schlocky. 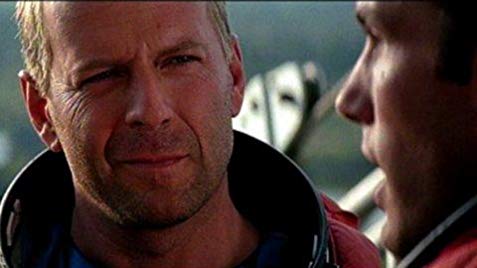 Bruce Willis is fine here because he’s used to playing the role of the likable lunkhead. He has a great cast that surrounds him in Owen Wilson, Steve Buscemi, the late Michael Clarke Duncan, Will Patton, Liv Tyler, Billy Bob Thornton and Ben Affleck. How could one go wrong? Wilson, Duncan and Patton are barely used, Steve Buscemi is irrelevant once the action gets to space, Thornton is basically a poor man’s Ed Harris in “Apollo 13”, and Ben Affleck makes you crazy as he improvises and stutters like Shia LeBouf on Prozac. All the actors involved have seen better and done better.

Roland Emmerich casts this sucker well, providing us with some believable characters. Will Smith (in a role that, along with “Bad Boys”, would propel him to becoming one of the biggest stars in the known universe) is great as Captain Steven Hiller, a cocky flyboy, a’la HanSolo, who can fly just about anything and do it well. Jeff Goldblum plays a perfect counterpart to him in David, the nerdy, insecure, dorky guy who not only manages to save America from full on chaos, he also helps Hiller save the planet. Bill Pullman plays President Thomas Whitmore, a tough, fair politician who also gears up for battle along with the military he commands (imagine that). The rest of the cast is nicely rounded with veteran actor Robert Loggia playing the President’s military chief, Judd Hirsch playing David’s dad, Julius, who loves his son, Randy Quaid, a paranoid alien abductee, Vivica A. Fox as Hiller’s wife, an exotic dancer who is stronger than her character type, and Mary McDonnell who is slightly wasted as Whitmore’s wife and the First Lady. 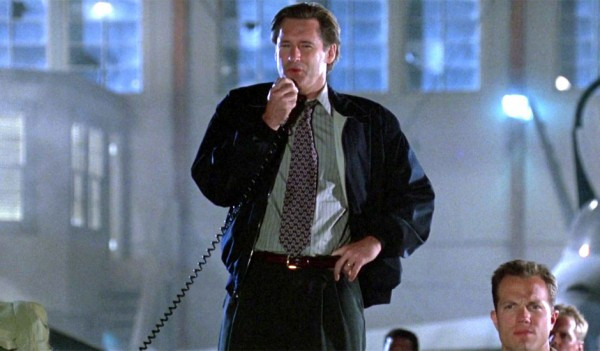 I’ll just say it now: it’s crap. I mean, forgiving the outrageous concept (landing on a comet, walking around, drilling into it and planting a nuke to blow it up — then taking off, no harm, no foul), this is Vince McMahon-level shit here. Like just about every single film Michael Bay and Bruckheimer team up to produce, the script is mostly a mess. Stuff like this worked with “Bad Boys” and “The Rock”. It doesn’t here. Every other character is a ridiculous stereotype or a complete fucking idiot and the dialogue is terrible. Additionally, it’s riddled with situations which, even if you suspended your disbelief, are highly convoluted and ridiculous. In other words, this is practically something Asylum would produce today.

While not nearly as ridiculous as “Armageddon” (it doesn’t take itself seriously and it’s far tighter), “Independence Day” comes across as hokey, the least of which stems from its rah-rah patriotism (the aliens are attacking the world but, still, MURICA!). The situational stuff is impressive and the dialogue is fairly believable but it has its share of convoluted moments…such as the aliens attacking famous landmarks, much like the meteors in “Armageddon” destroying famous cities and landmarks. It’s also odd that the U.S. would put all their eggs in one basket and only utilize one type of jet fighter in the F-16 or that Hiller would be getting rejection letters from NASA — just like Stanford. And it’s laughable how everyone just comes to Area 51 as if to mecca — and easily, too. That, and let’s face it: it pretty much rips off the very first “Star Wars” flick with the overall plot hook. It’s silly stuff, albeit punctuated by one of the greatest movie speeches ever given by a sitting movie President ever. It’s not nearly as obnoxious as “Armageddon”, though.

One thing I will say about Bay’s stuff: it’s beautiful to look at. His use of color pallets is second to none. He’s king of slow-mo shots of people doing just about anything and making it look great. The cinematography in just about everything he does is gorgeous, with blue, mechanical hues and sun-drenched meadows. Everything on screen looks great, a result of Bruckheimer tossing kabillions of dollars at Michael Bay and ordering him to make four times that amount with another McMovie. And That’s really all the good stuff I can say about this movie because everything else lacks substance. The cast is mostly wasted, the script is shit, and the soundtrack is just big and loud. This is your typical Bruckheimer/Bay overcompensation piece.

The visual effects are impressive for the budget the filmmakers had, utilizing practical techniques instead of CGI. The cinematography isn’t wholly impressive as it was in Emmerich’s “Stargate” but the filmmakers make up for that with some beautifully-paced action scenes which suck you in and keep you in suspense. The actors are all likable — if only the villains (the aliens, not the sniveling James Rebhorn) were as memorable and not so generic. It’s a handsome production and an example of how to do a summer blockbuster the right way. 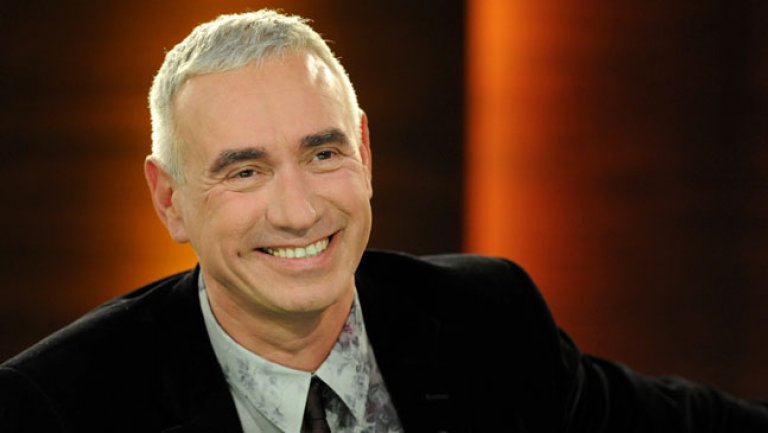 Michael Bay is a much-maligned director, essentially thought of as the guy who blows stuff up for box office returns. He’s a pariah among movie snobs. I’m sorry to say that he deserves a lot of that moniker. Bay has had his critical successes. “Bad Boys” was a fun action flick. “The Rock” is a modern action classic. The first Transformers film is a LOT of fun. “The Island” is a film I have a soft spot for despite it being a rip-off of “The Clonus Horror”. There’s good Bay and there’s bad Bay. “Armageddon” is “bad Bay”. It’s so overblown, it’s almost a parody of itself.

Roland Emmerich (pictured above) is like Bay’s spirit animal. Emmerich cut his teeth on OK sci-fi fare like “Moon 44”, “Universal Soldier”, and “Stargate”. Then he got his Big Bang on. He destroyed the planet with this film, destroyed New York with his remake of “Godzilla”, destroyed Earth two more times with “The Day After Tomorrow” and “2012” and then destroyed the White House in “White House Down”. Look at that grin. He’s the child who said “There’s a lot of fine china in this place…would be a shame if it all got BROKEN…” “Independence Day”, however, is once of his triumphs. “Independence Day” turned heads and provided him with enough street credit for ten directors…which immediately went to shit and cratered the moment he touched “Godzilla”. His direction on “Independence Day” is ENOUGH. It’s not great. There’s no real “trademark” or “style”. It’s Emmerich being Emmerich and destroying all the fine china in your home with a baseball bat because the destruction, while irritating and unwanted, is so spectacular, you can’t look away. 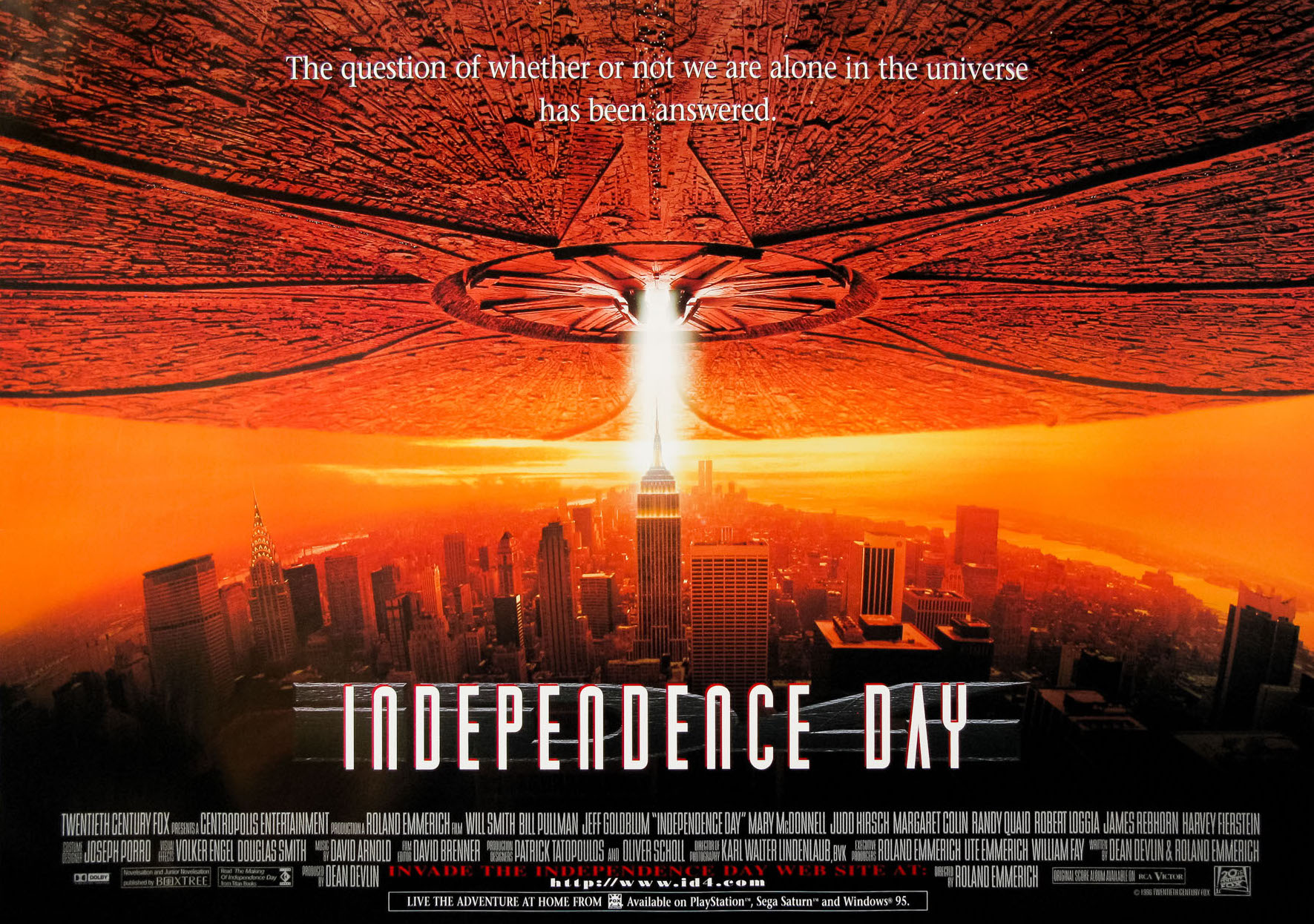 In the end, “Independence Day” was the right amount of loud and the right amount of silly in terms of a summer July 4th blockbuster showdown. Had this been a showdown of 1996’s “The Rock”, it might have been a much tougher competition but we needed two films of about the same theme and this was what we came up with. The ironic thing is that Bay is a much more successful director than Emmerich who has had mixed success with just about everything he’s produced. Even still, everyone has their duds and Bay had “Armageddon”.

NEXT WEEK: We’re still in summer mode and it’s time to take a trip to the ocean with the Internet’s boyfriend, Keanu Reeves. It’s “Point Break” versus…its remake, “Point Break”. Should be a fun contest! Join us then!