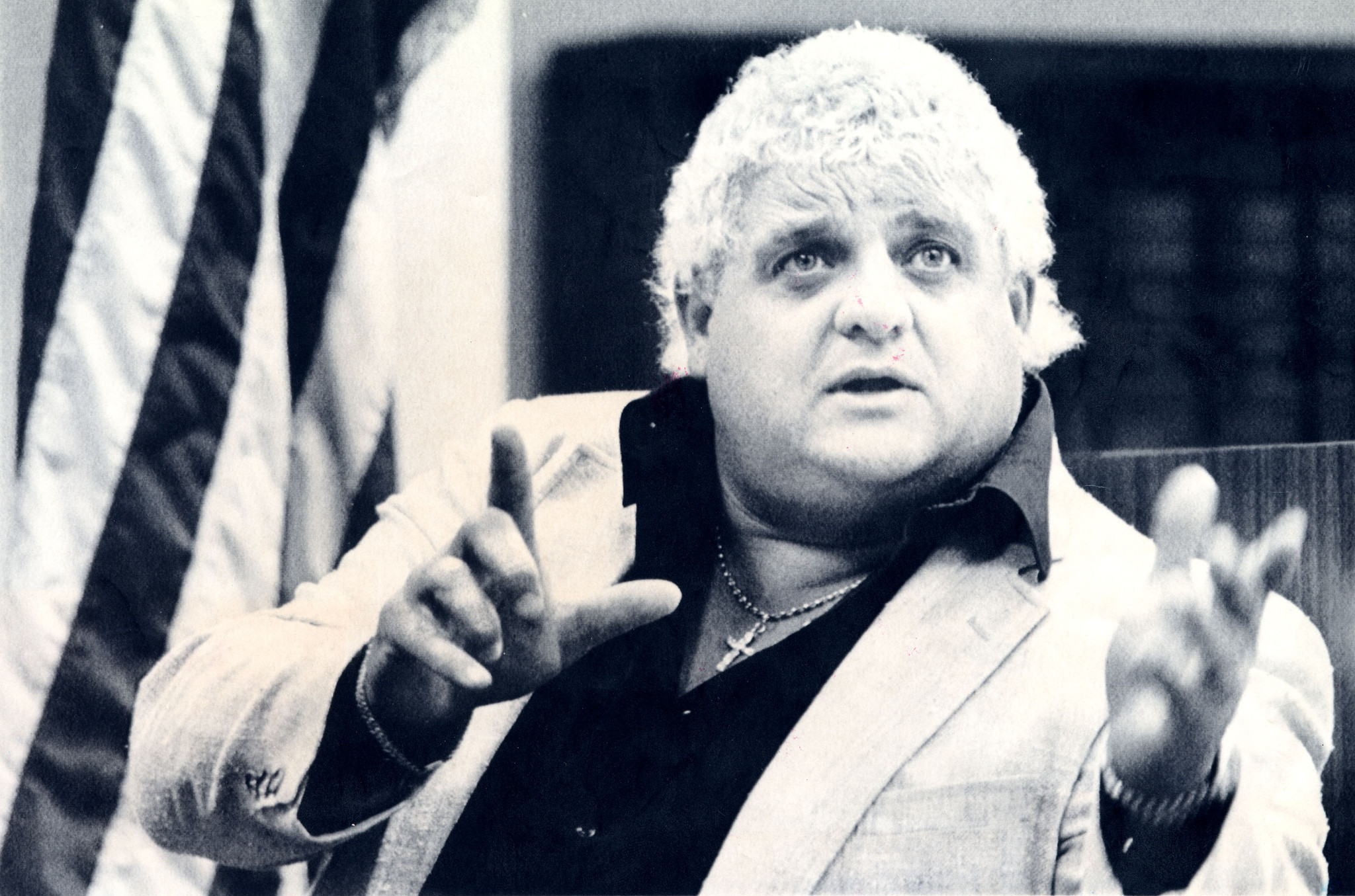 When the “Macho Man” Randy Savage passed, it was devastating.

But what surprised me was the sorrow felt beyond those of us who knew him for his colorful antics, his hyperactive promos and his famous Flying Elbow Drop off the top rope. He had managed to touch may a casual viewer. Those who knew Savage as “Bonesaw McGraw” in the first Spider-Man picture were the same people who watched him once or twice on Saturday morning.

I’m not so sure Dusty Rhodes had that luxury.

When word of Dusty’s death spread across Facebook, the people I expected to react with sadness did so…but the reaction of the casual fans were somewhat muted this time around.

In fact, when I had told my Mom, in passing, of his death, her reaction was, quite simply, “Who?”

My Mom is fairly well-schooled in wrestling. She had grown up with the old school generation of wrestling and watched the likes of Angelo Poffo, Gorgeous George and had been a fan of Hulk Hogan, Randy Savage and The Undertaker. She had, however, skipped the NWA/WCW era where Harley Race, Ric Flair, Magnum TA, and Dusty Rhodes had all seen their greatest days.

It’s unsurprising to me that Dusty might go far under the radar to the casual fan.

WWE was the biggest thing in the wrestling business at the time. It was big, in-your-face, and had a bankable, unkillable Terminator-like personality in Hulk Hogan. WWE was to NWA what the NBA was to a high school basketball game.

But, ironically, the NWA’s size might have been its biggest advantage.

Whereas WWE was cartoonish and outlandish, NWA was down-to-earth and earnest. Instead of big, colorful guys with goofy gimmicks, NWA presented its guys as semi-believable fighters. Its matches were hard-fought, grinding, grudge-filled affairs and the ring felt like a true battleground.

And in the middle of it was the late, great Dusty Rhodes. Born Virgil Runnels, Jr., Rhodes portrayed himself in the ring as the “common man” or a working class hero who fought for those who were down on their luck. If one were so cynical, one could immediately point out the stereotypes associated with that self-assigned label. Rhodes was not your prototypical athletic ideal. With a Texan drawl thicker than motor oil, Rhodes was morbidly obese and looked like he wouldn’t last five minutes in a real fight.

It’s probably a good thing, then, that Rhodes wasn’t in the business of real fighting.

My first exposure to Rhodes was when he was in WWE and caught in a feud with “The Million Dollar Man” Ted DiBiase and, simultaneously, Randy Savage. As it turned out, Rhodes had finally hit pay-dirt, making the big time in the biggest company in wrestling — but even then, wrestling fans who witnessed him as one of the greatest warriors of the NWA felt he was being mistreated because his prior allegiance with his boss’s competitor. Gone was the aggressive main event superstar who had challenged for the prestigious company crown. In its place was a man wearing black trunks covered in big yellow polka dots, something WWE’s founder Vince McMahon found approachable and attractive to his audience. He never got higher than the aforementioned scrums before returning to WCW. Even so, Rhodes never found the fame he had enjoyed from the mid-70’s to the late-80’s. By the early 90’s, WWE was locked in a battle with WCW who had become as outrageous as WWE. Whereas Ric Flair was still a household name and had adapted and evolved, WCW was now home to men like Lex Luger, Big Van Vader and the great Sting. Having been fired from the NWA in 1988 for a classic “bloodletting” spot he, himself, had booked, WCW decided that all was forgiven and gave Rhodes his old spot back.

The WWE Network is something I wholeheartedly recommend to all wrestling fans. It’s 2015. We live in a world where Vince McMahon beat WCW and ECW and purchased them both, accumulating their flim libraries in the process. The network (only $9.99 a month) is online and gives you live programming 24/7 but also gives you a full on-demand library of everything WWE, WCW/NWA and ECW ever put out. It also gives you access to WWE’s monthly pay-per-views, which is a wonderful plus.

I credit the Network for giving me my first real look at the career of Rhodes and shaping the ultimate mission of my own blog: to chronicle wrestling’s history and to record its ongoing story.

So, if I were that type of guy, that veteran sportswriter who occasionally went off-page and gave the world of “sports entertainment” its due, I’d say, “My first bit of exposure to Dusty Rhodes was in 1984, when I saw him fight Ric Flair for the NWA Heavyweight Championship at Starrcade.” Unfortunately, ’84 had some terrible booking which saw Ric Flair retaining the Championship and it wasn’t until Starrcade ’85 that wrestling fans got a match worth watching. Even still, Rhodes wrestled his heart out, doing anything to entertain. I mean, who the hell could quibble with a guy who looked like your favorite Uncle with all the cool stories at the table on Thanksgiving?

Dusty was wrestling. This, despite his goofy booking, his physique, his unique vocabulary.

Dusty Rhodes was the man who faced Ric Flair, a man who rode inside of limos and had suits made of impeccable European fabric with the jewelry and timepieces to match — and beat him.

Dusty Rhodes was the man who had to deal with wrestling’s most dangerous stable, The Four Horsemen, and suffered many a mudhole stomp — even one at a local East Coast gas station.

Dusty Rhodes was the man who, instead of dealing with Ted DiBiase, put over his own son, Dustin who eventually became one of the greatest wrestlers in the business: Goldust. His son, Cody, would eventually dabble in the family business and become “Stardust”, a homage to Dusty’s ring name in the mid-70’s.

Dusty Rhodes was the man who gave us the much-maligned “Dusty Finish” which has managed to anger wrestling fans since the 1980’s. One only needs to read my review of “WWE Elimination Chamber” to see that. I mean, had Dusty died a couple weeks ago, I might have forgiven it…maybe.

Simply put, Dusty Rhodes was the man, the guy that shouldn’t have been, and the wannabe who was that guy.

Dusty Rhodes is the man who, despite his many flaws, left his unlikely indelible mark on the world of professional wrestling…and, just like the many wrestlers who have traveled this path, there will never be anyone quite like him. Dusty Rhodes was the man.